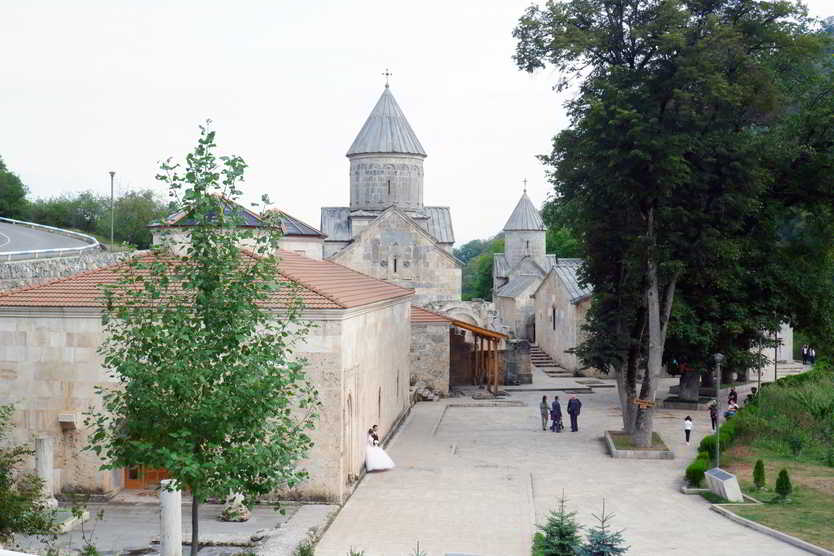 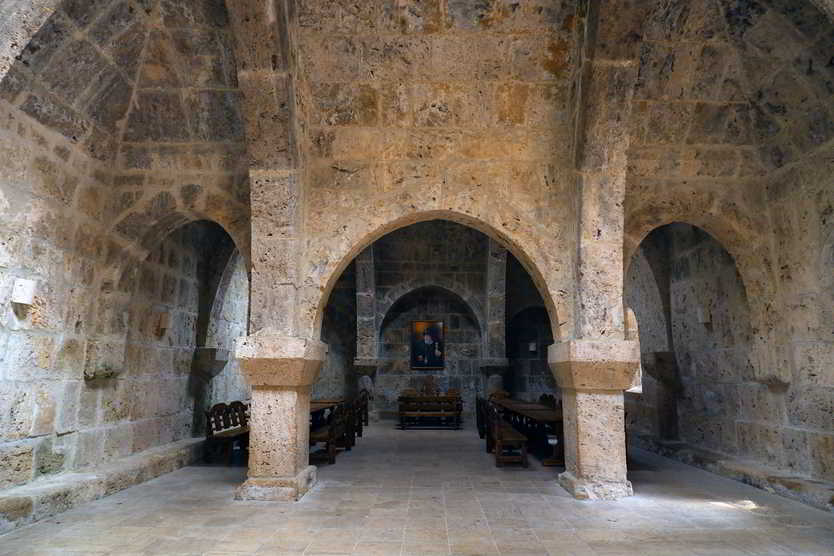 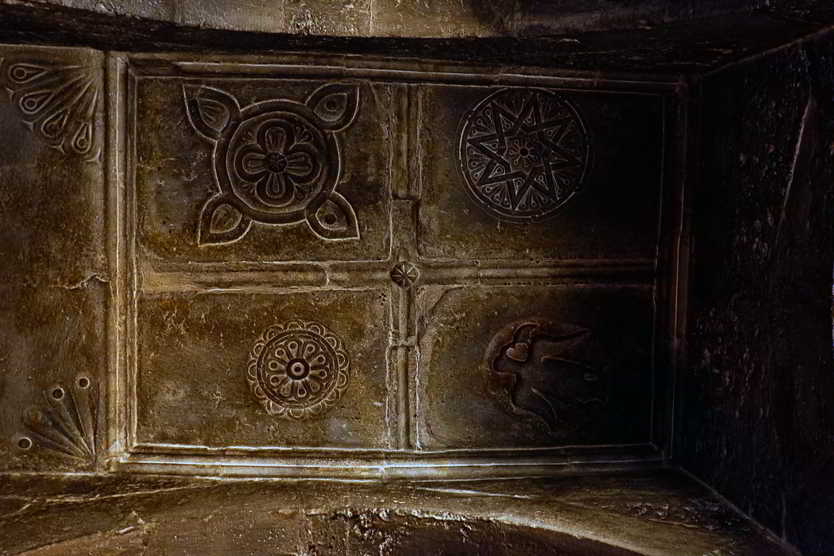 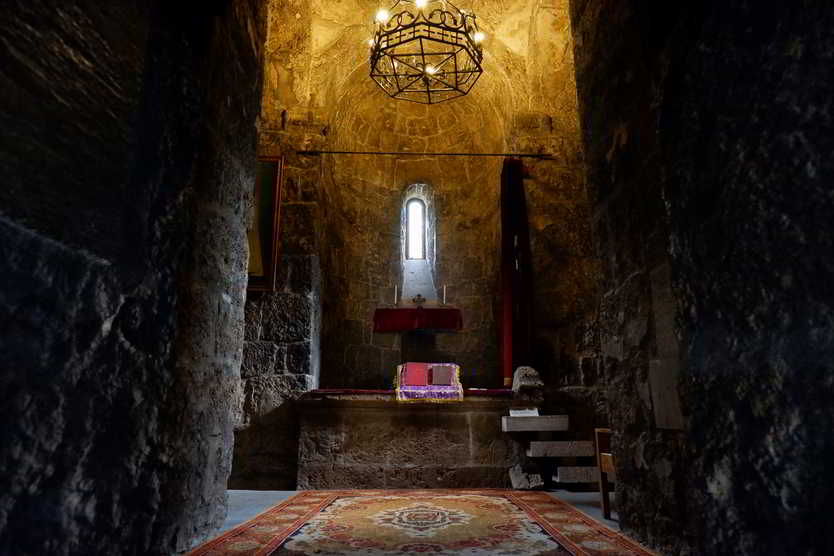 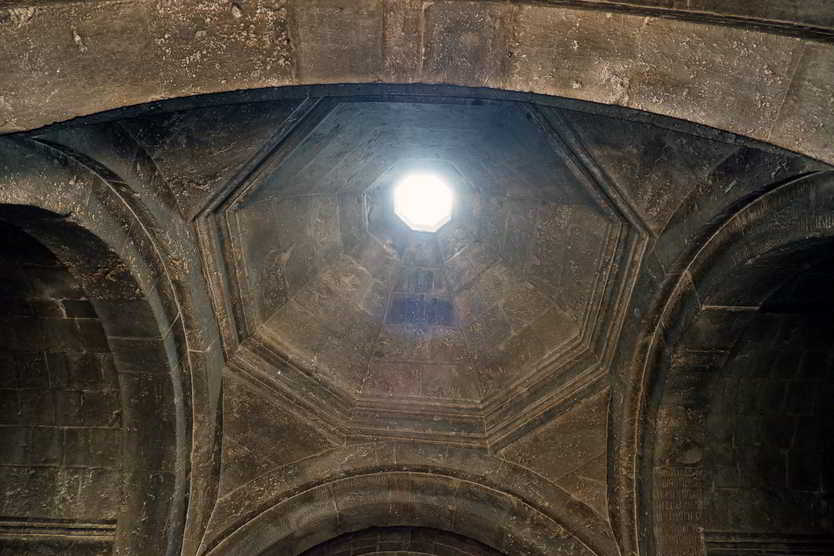 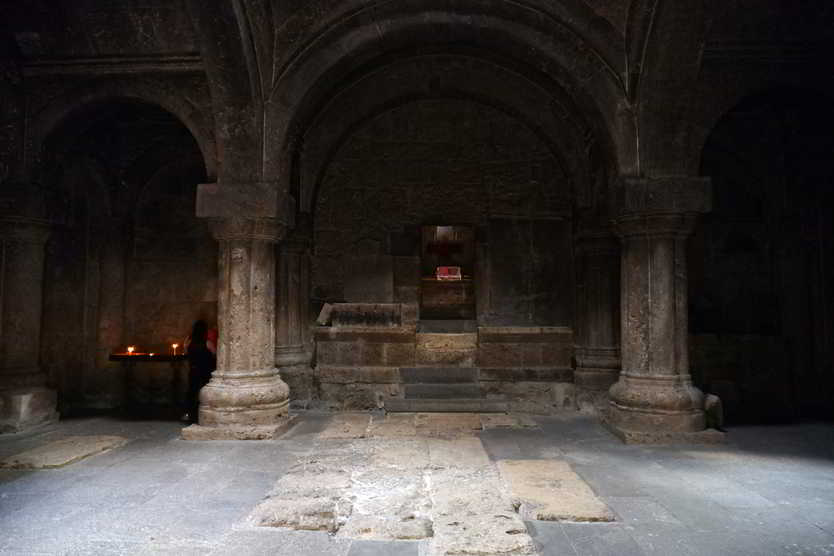 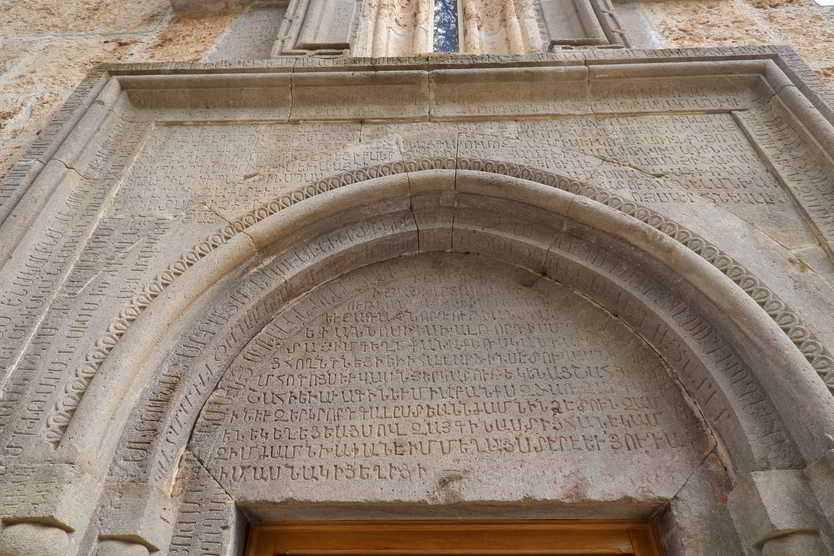 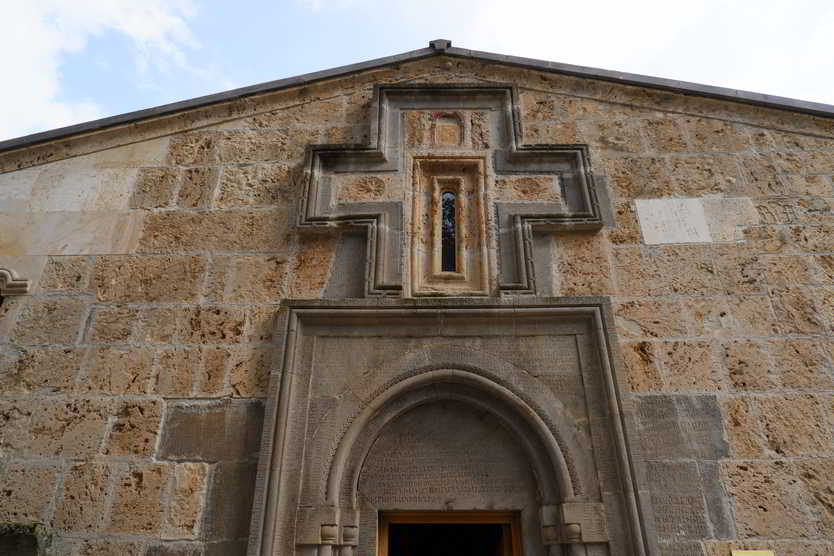 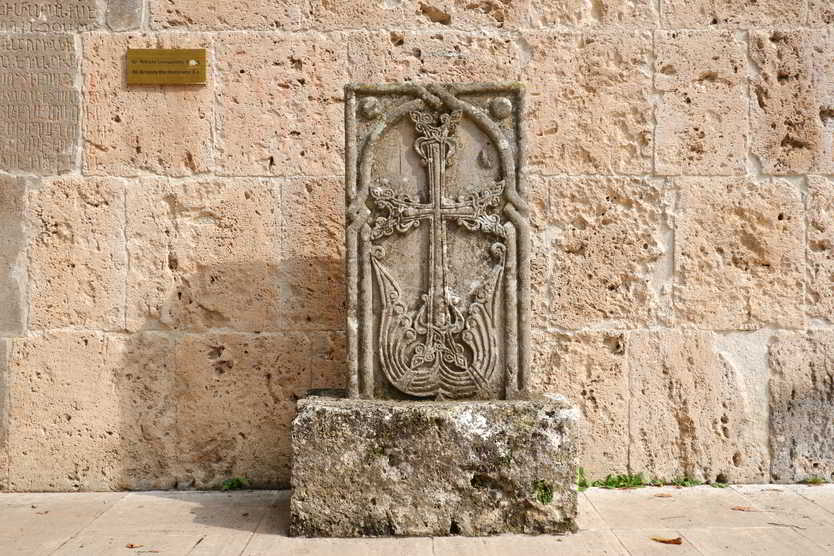 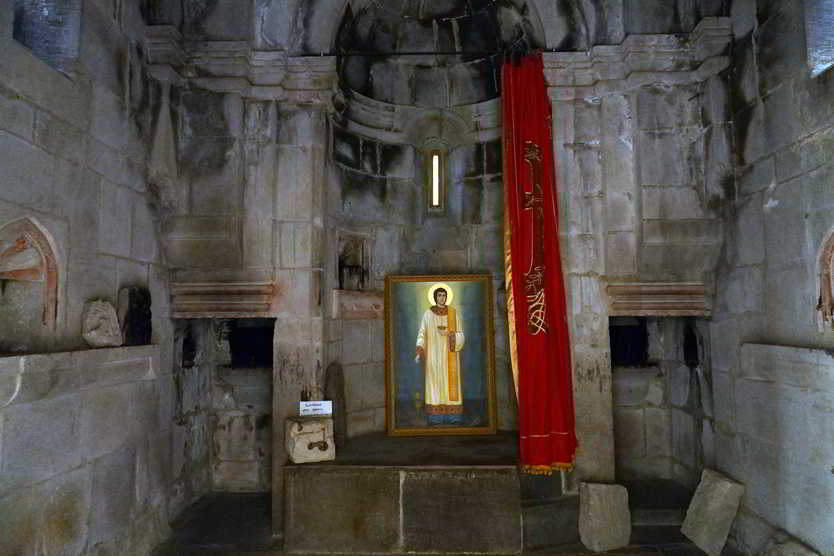 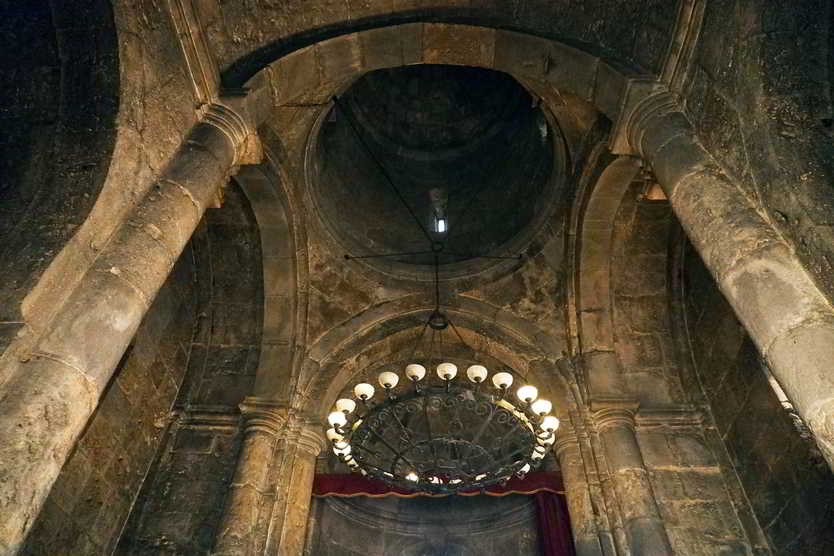 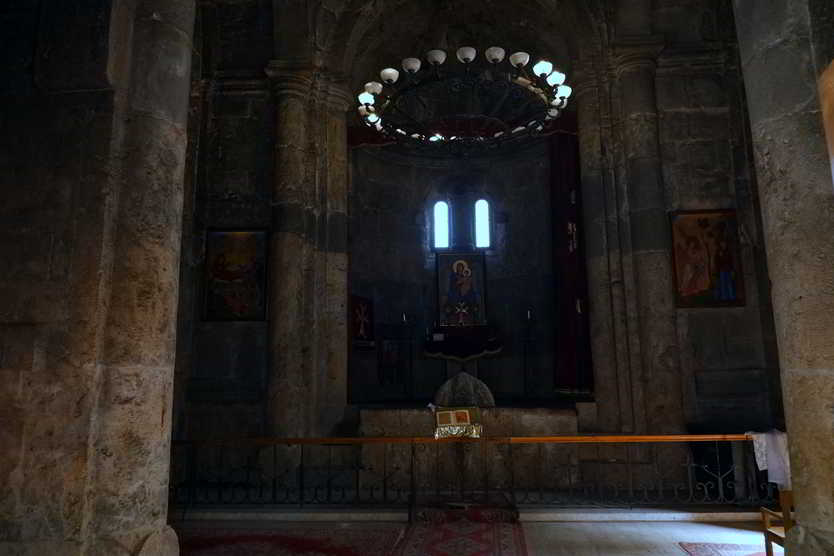 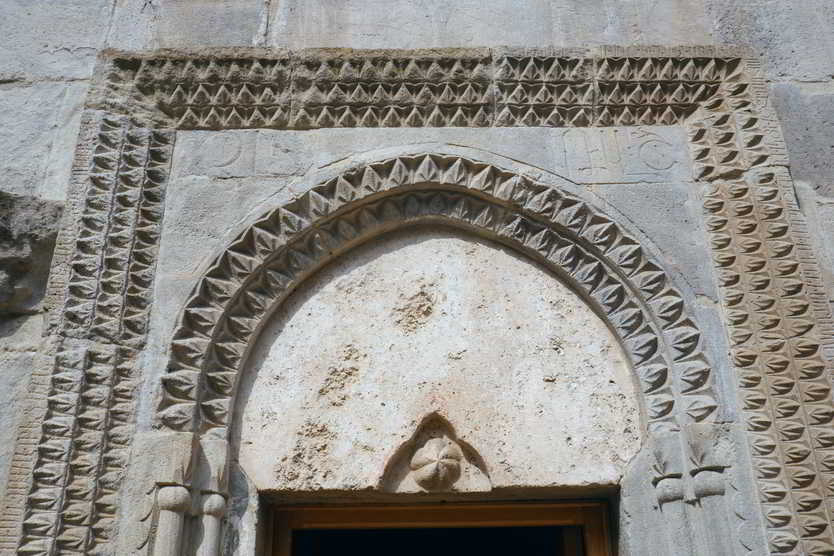 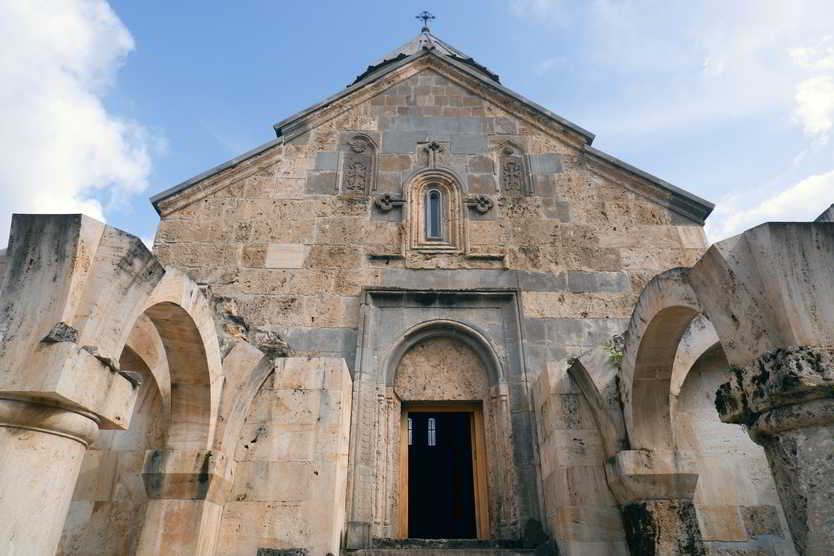 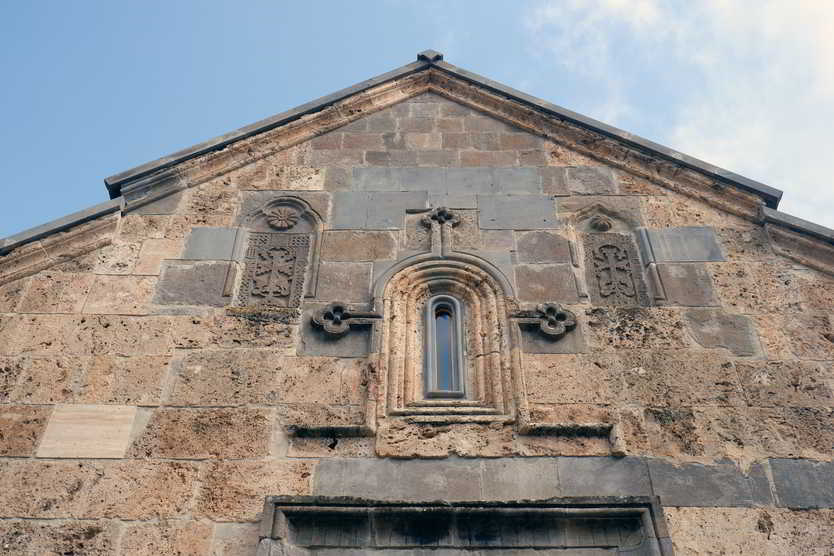 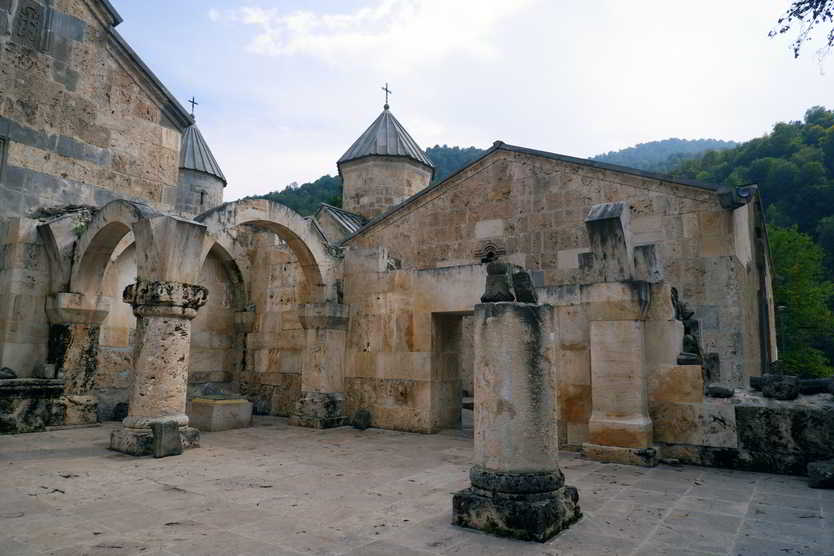 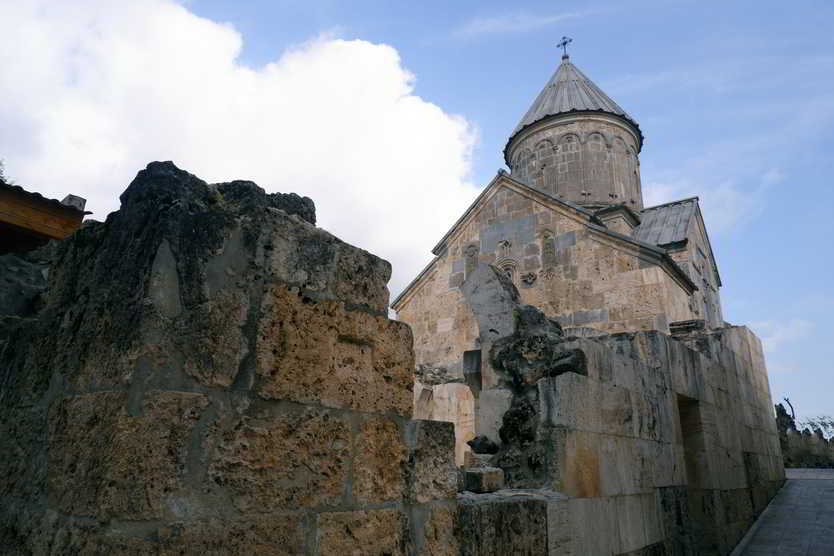 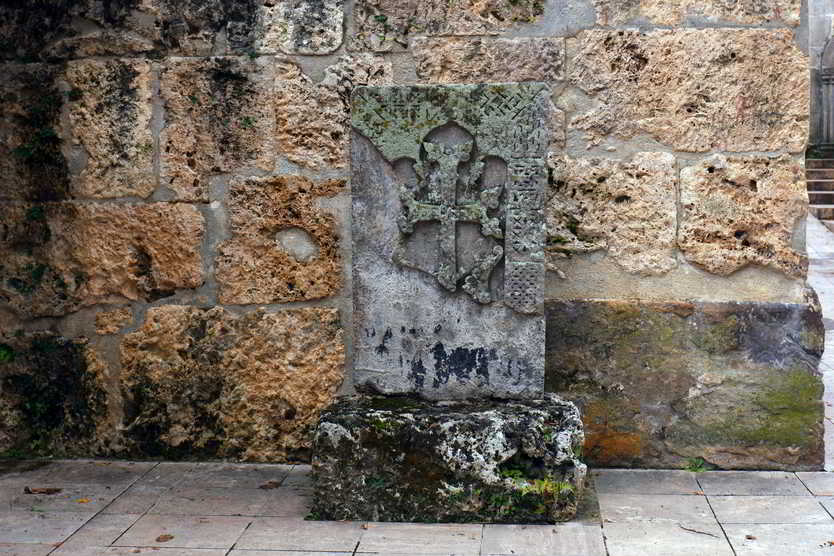 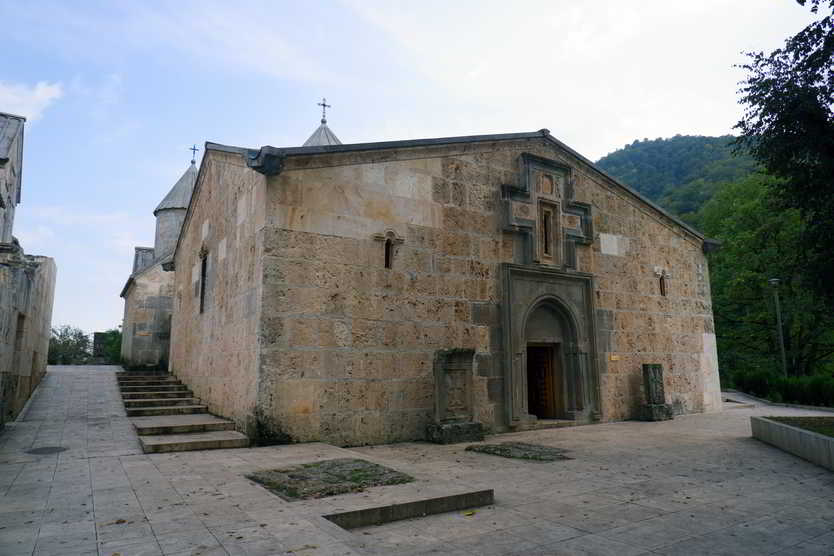 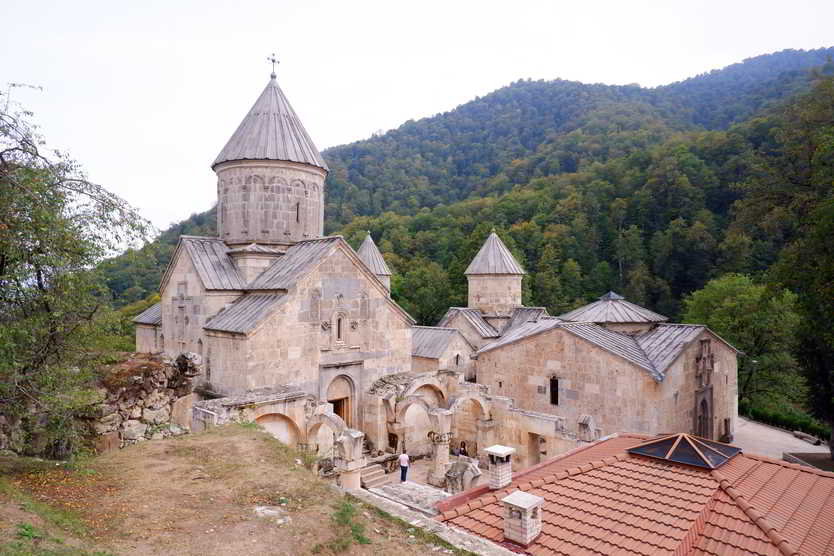 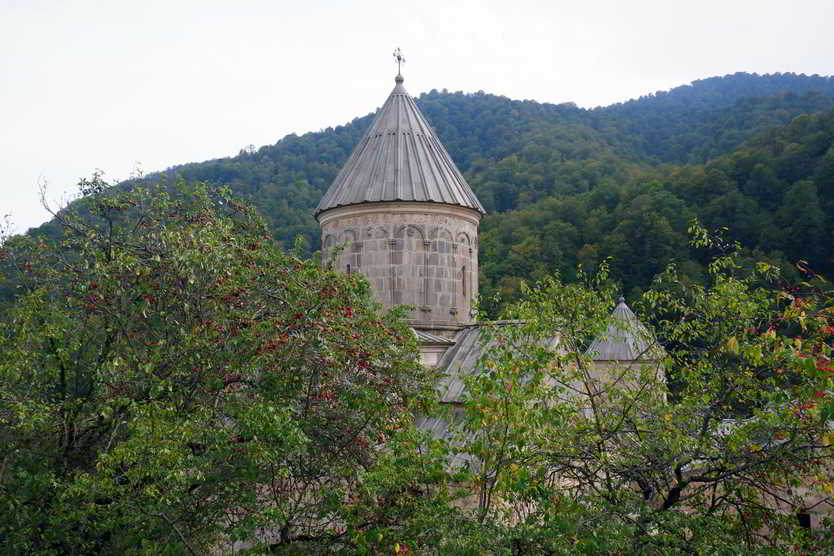 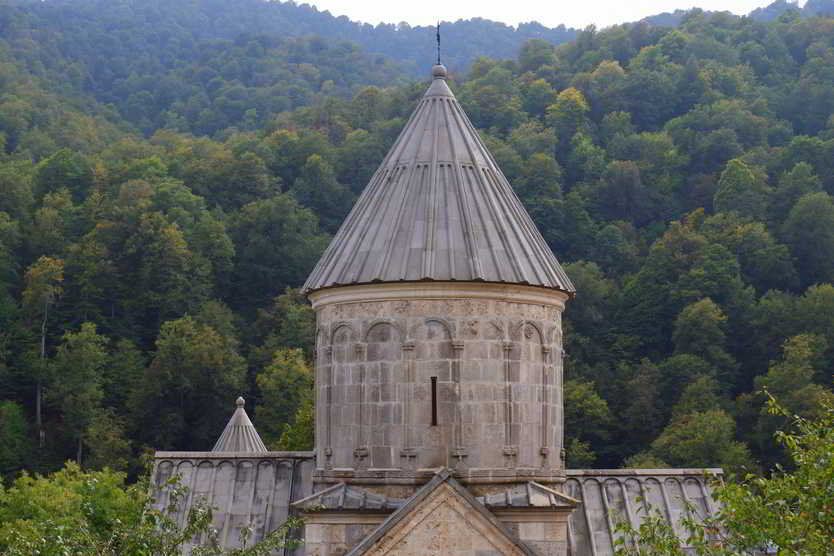 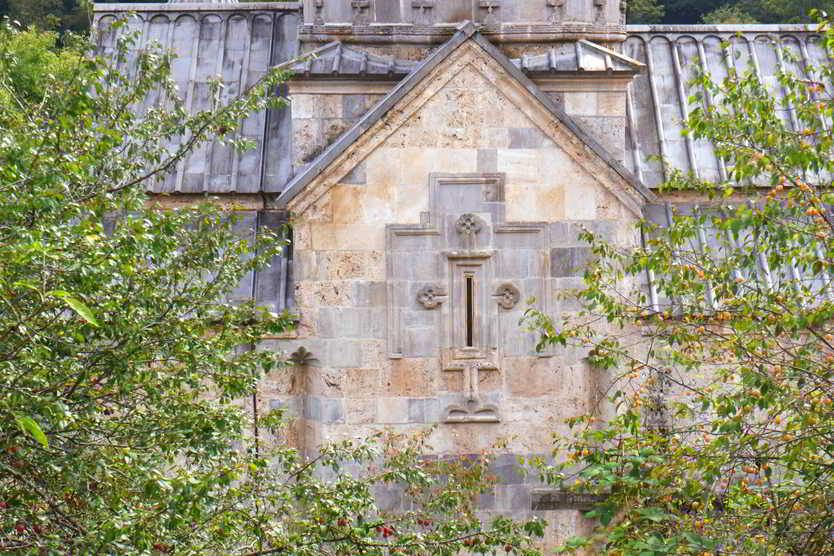 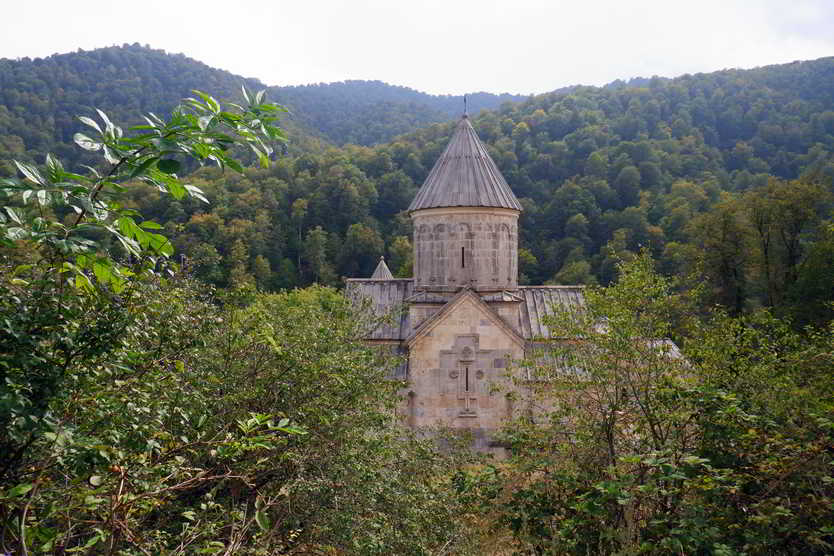 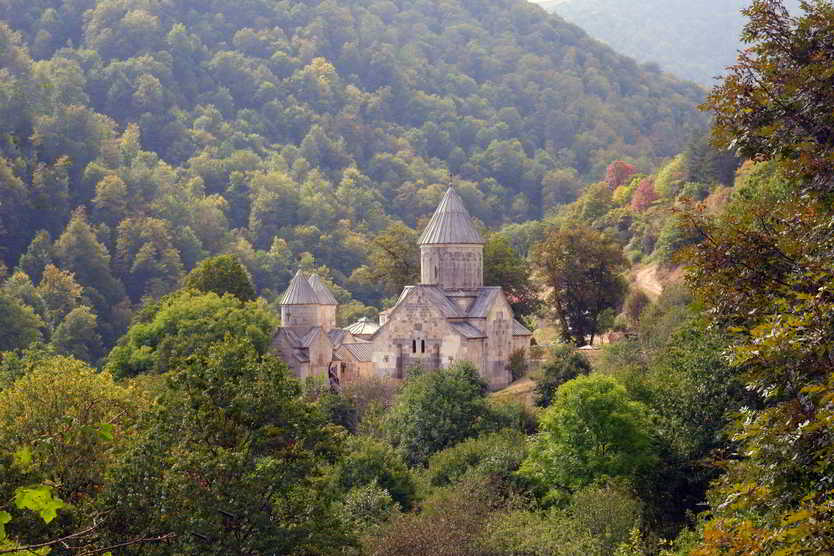 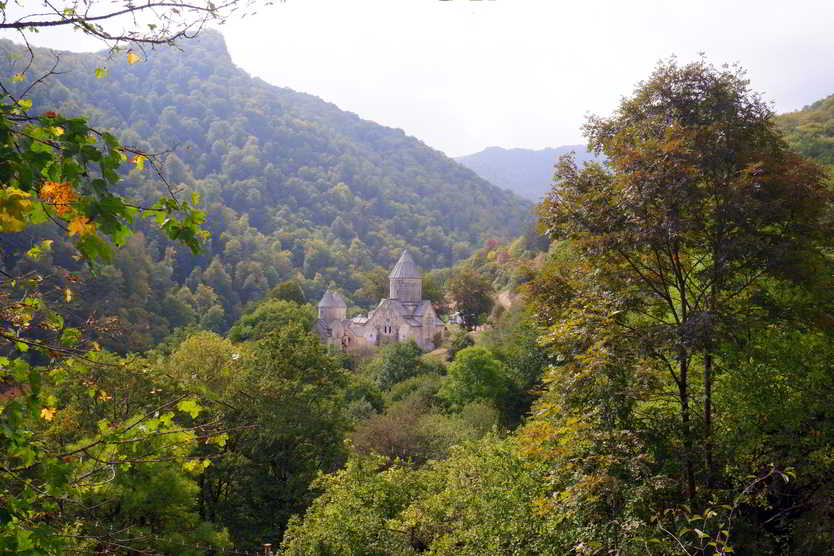 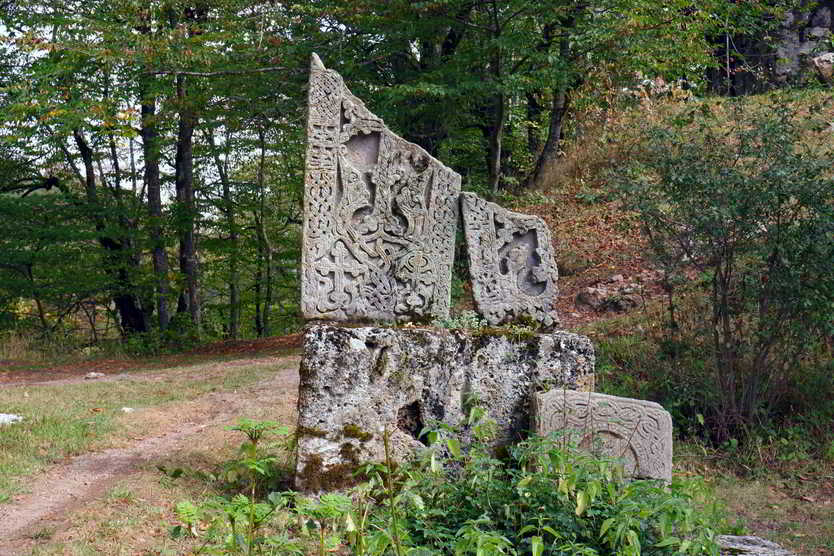 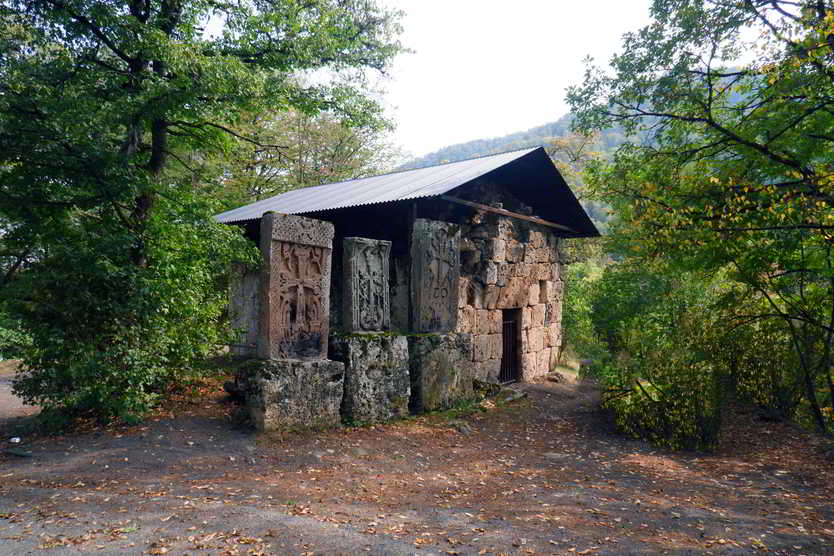 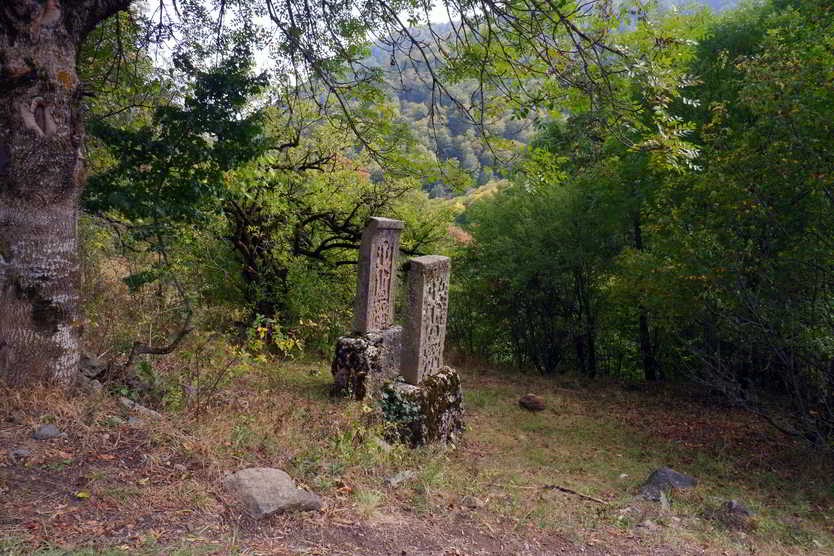 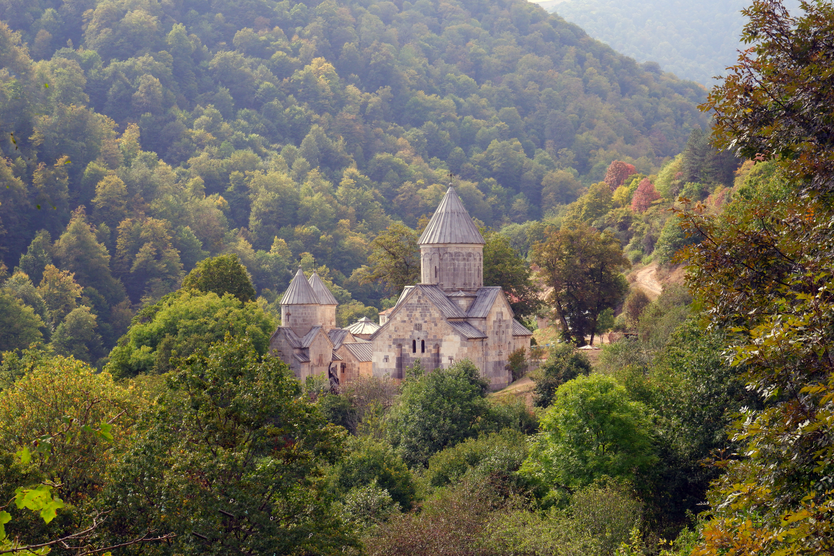 Haghartsin monastery complex located in the Tavush region of the Republic of
Armenia, in the historical region of Dzorapor. The information about the history of
Haghartsin monastery we receive from the history of Kirakos Gandzaketsi.
The monastery complex acquired its completed appearance in the 10-13th centuries.
These centuries are considered the heyday of the monastery. Because of the abbot,
musician, scholar Archimandrite Khachatur Taronatsi, Haghartsin monastery became
one of the most important cultural centers of that time.
The complex includes three churches, two vestibules, a refectory, several chapels, a
khachkars, etc. The oldest of them is the Church of St. Gregory, built in the 10th
century. In 1184 Archimandrite Khachatur Taronatsi and Archimandrite Sukias restored
it. It is a cruciform-domed structure with four corners. Adjacent to West is a large, four-
pillared lobby dating from the 13th century. The latter was built by Ivane Zakaryan. In
the lobby there are special tall sculptures (images of people, roses, birds, angel) and
inscriptions. The remains of cemeteries have been preserved at Southern wall of the
lobby. To North of the Church of St. Gregory is a 13th century vaulted chapel. And in
Eastern part, the domed church of St. Stepanos, built of bluish basalt in 1244. There
were made a renovation in 1671.
Main church of the monastery is St. Astvatsatsin. It is a domed hall. According to the
inscription on Southern entrance facade, it was built in 1281.
In Western part is the refectory, which, according to the protocol, was built in 1248.
The author is the architect Minas. It is a rectangular hall divided into two equal arched
parts by one pair of columns, each of which is covered by two pairs of arches. The
refectory Haghartins is one of the best examples of Armenian architecture in terms of its
artistic form.
There are chapels and khachkars near the Haghartsin monastery. Next to the altar are
the remains of the monastery kitchen. During the excavations, a bronze pot weighing
350 kg was found in 1232, which is now kept in the Historical Museum of Armenia.
Like many monasteries in Armenia, Haghartsin Monastery did not escape hostile
attacks. In 18th century last Haghartsinavank was destroyed during the invasions of the
Agha Mahmud Khan. The monastery resumed its activities in 1862.
In 2012, the church was renovated again, and it introduced himself in a new way to
visitors, pilgrims, and tourists.

If you go from Dilijan towards Teghut village through the forest, the mountain road itself
leads to the beautiful monastery complex – Haghartsin.

Reviews for the Haghartsin monastery