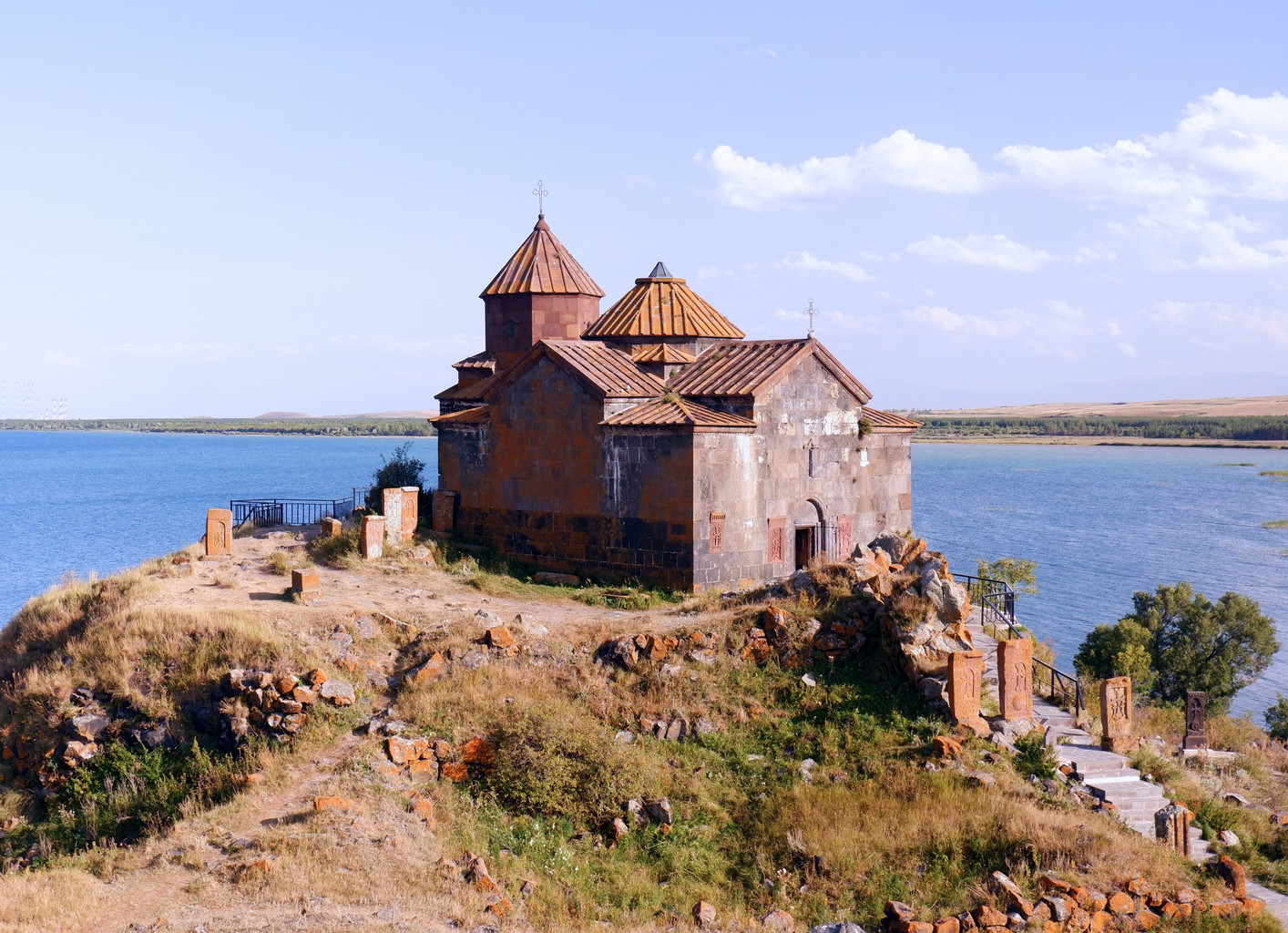 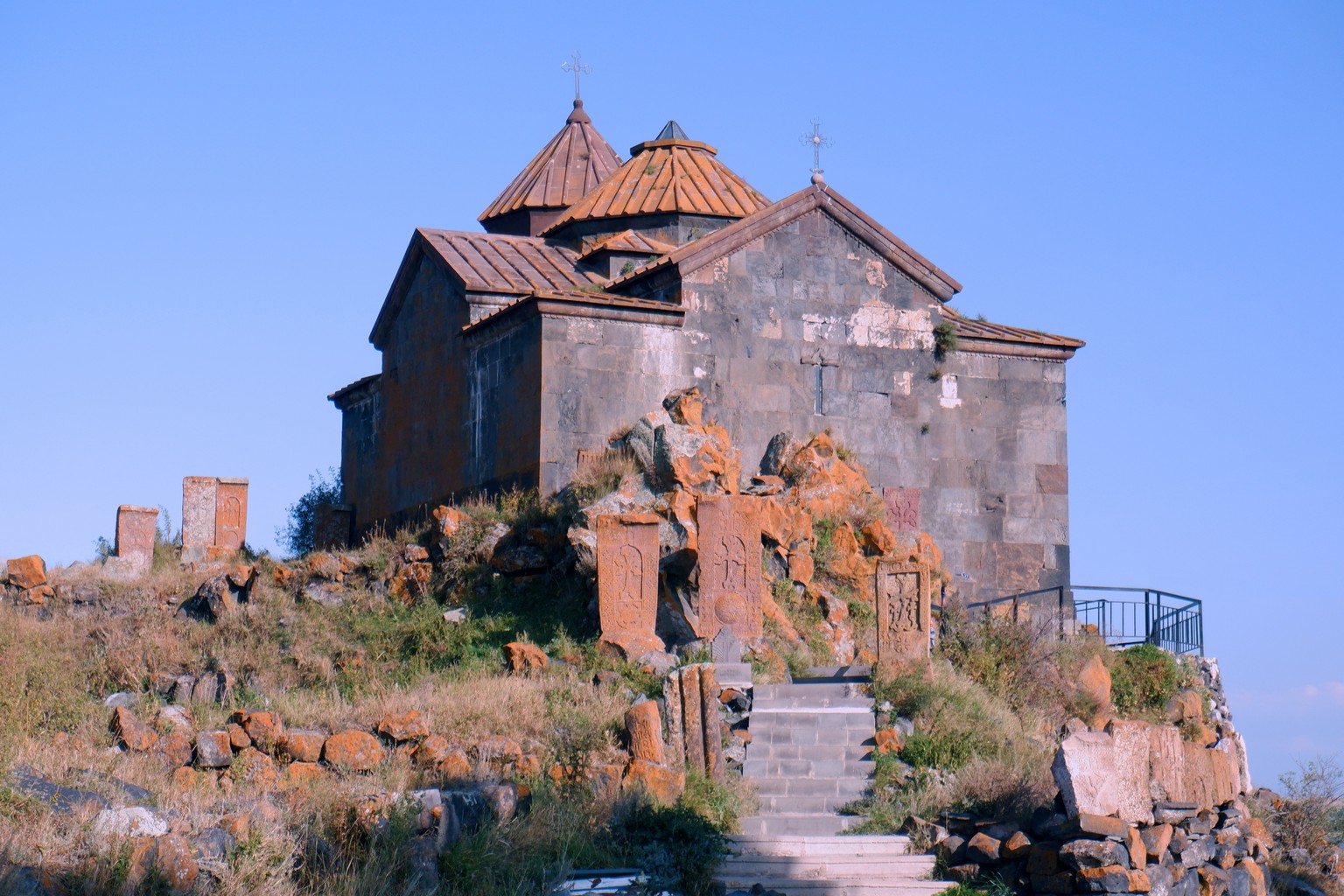 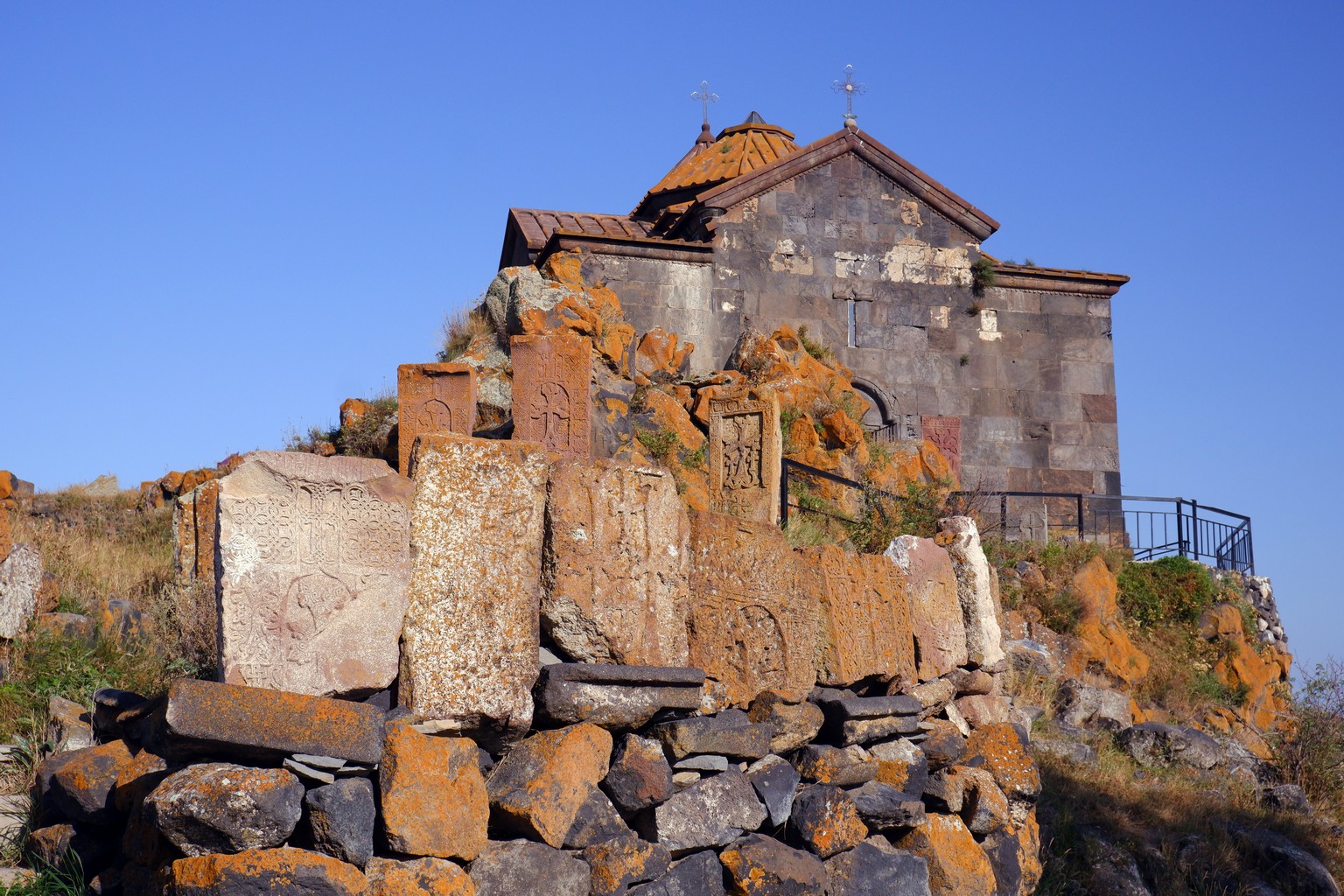 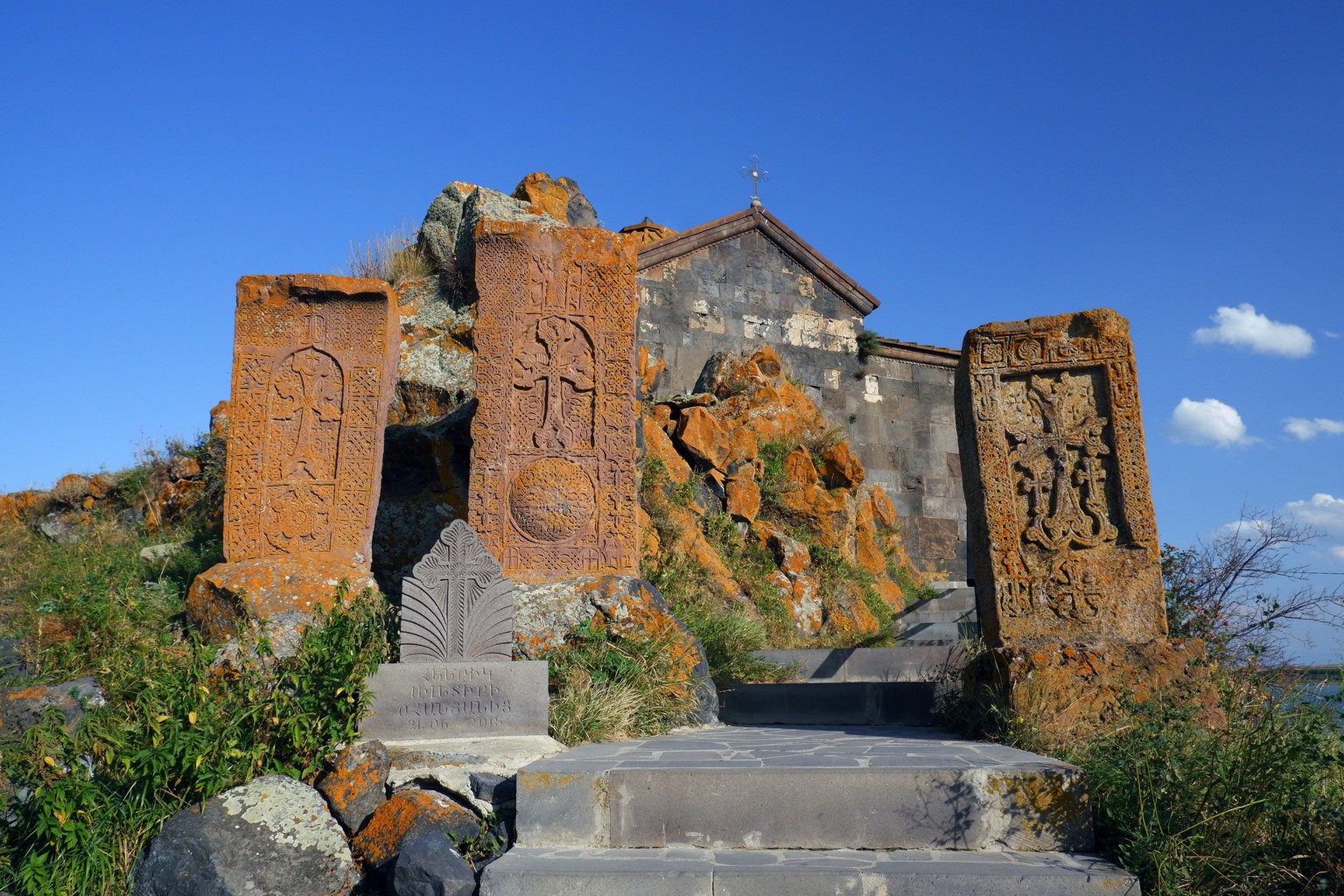 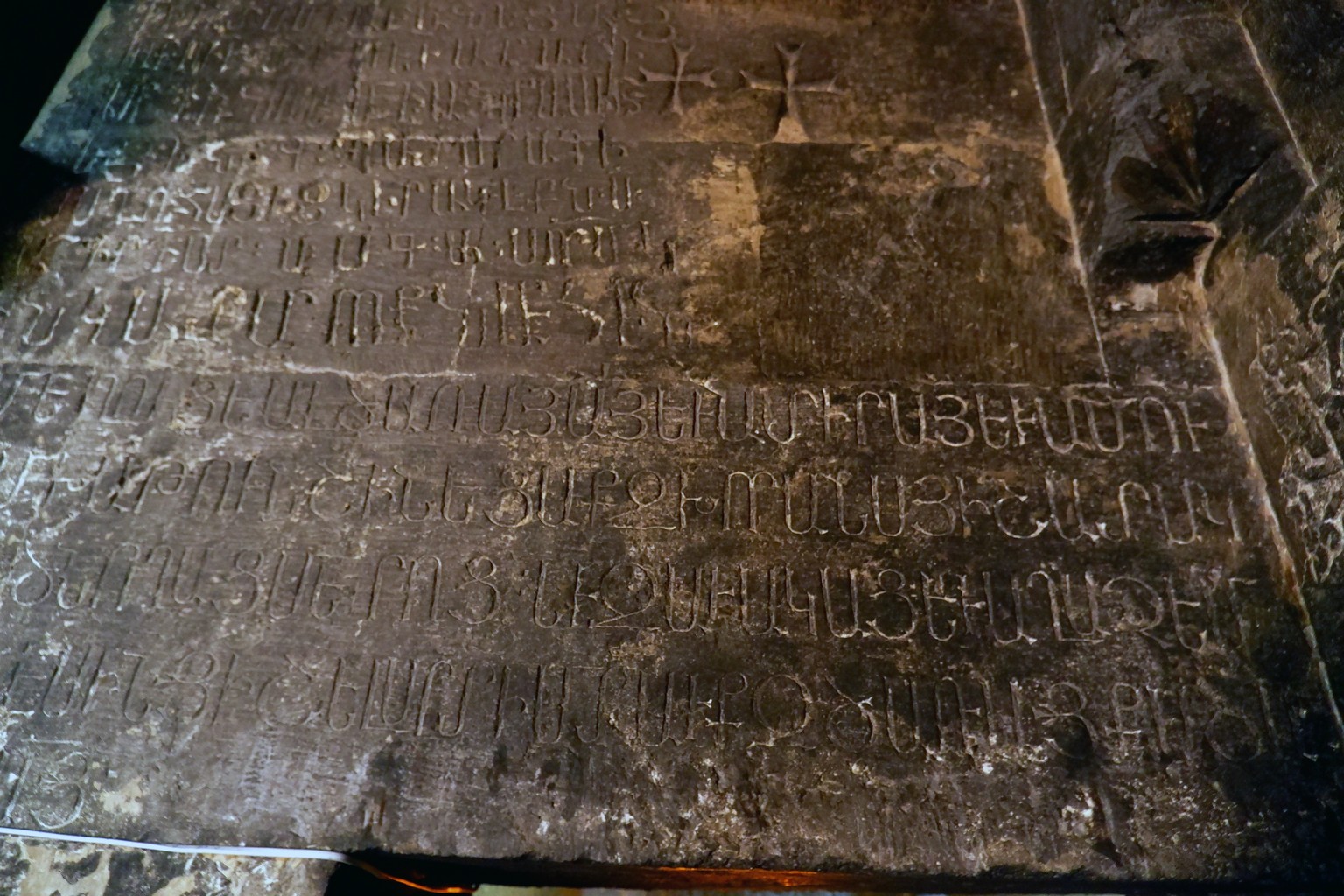 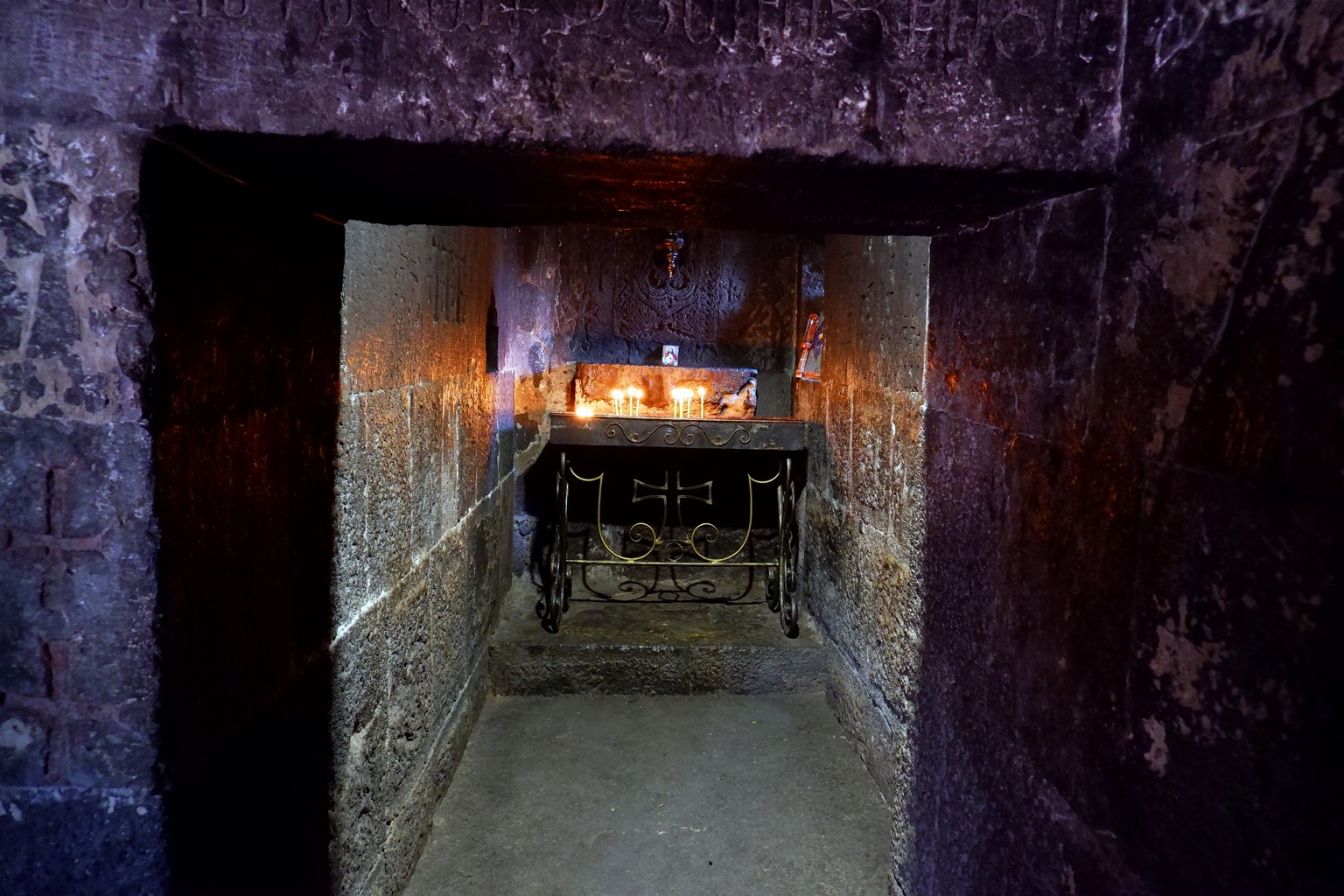 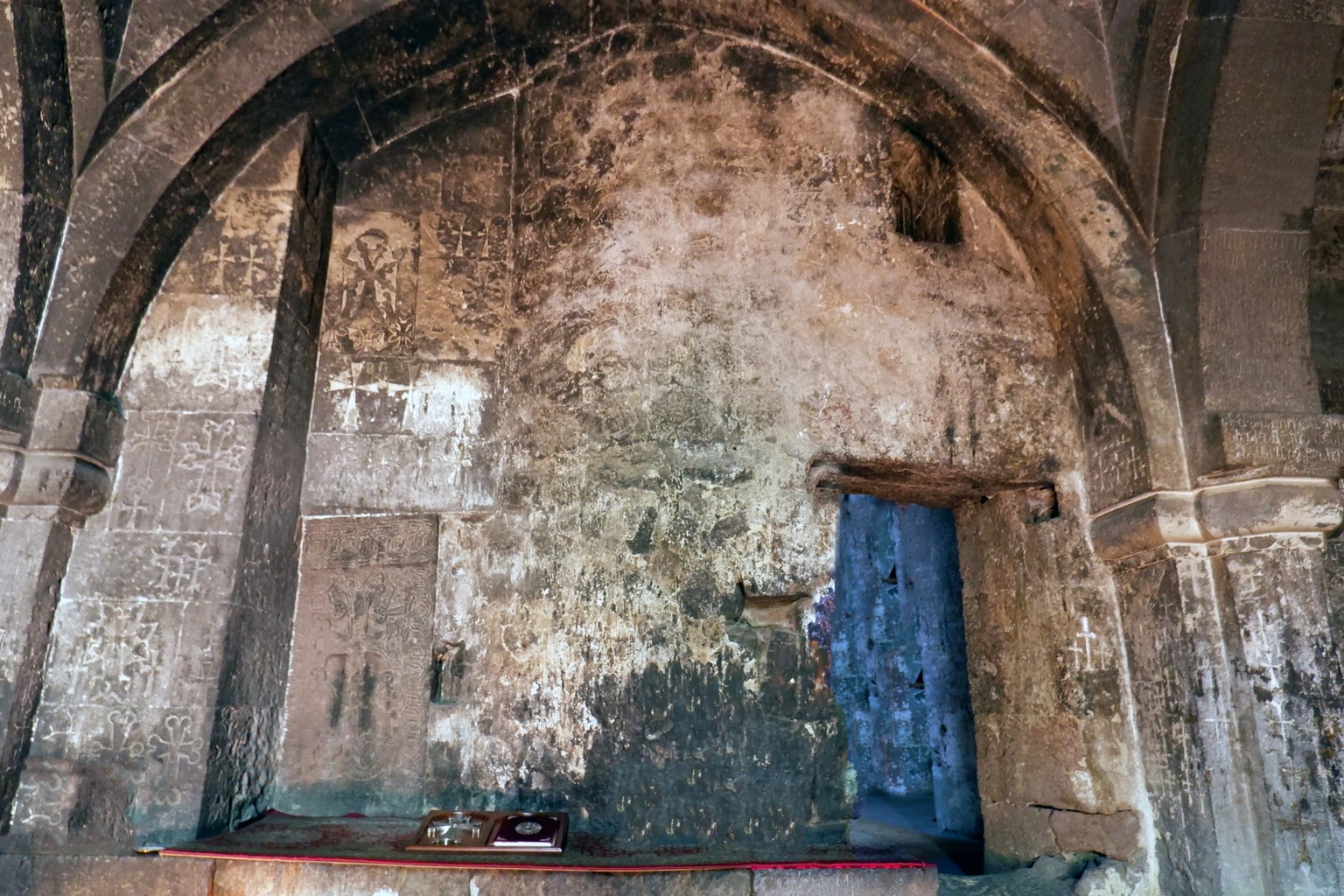 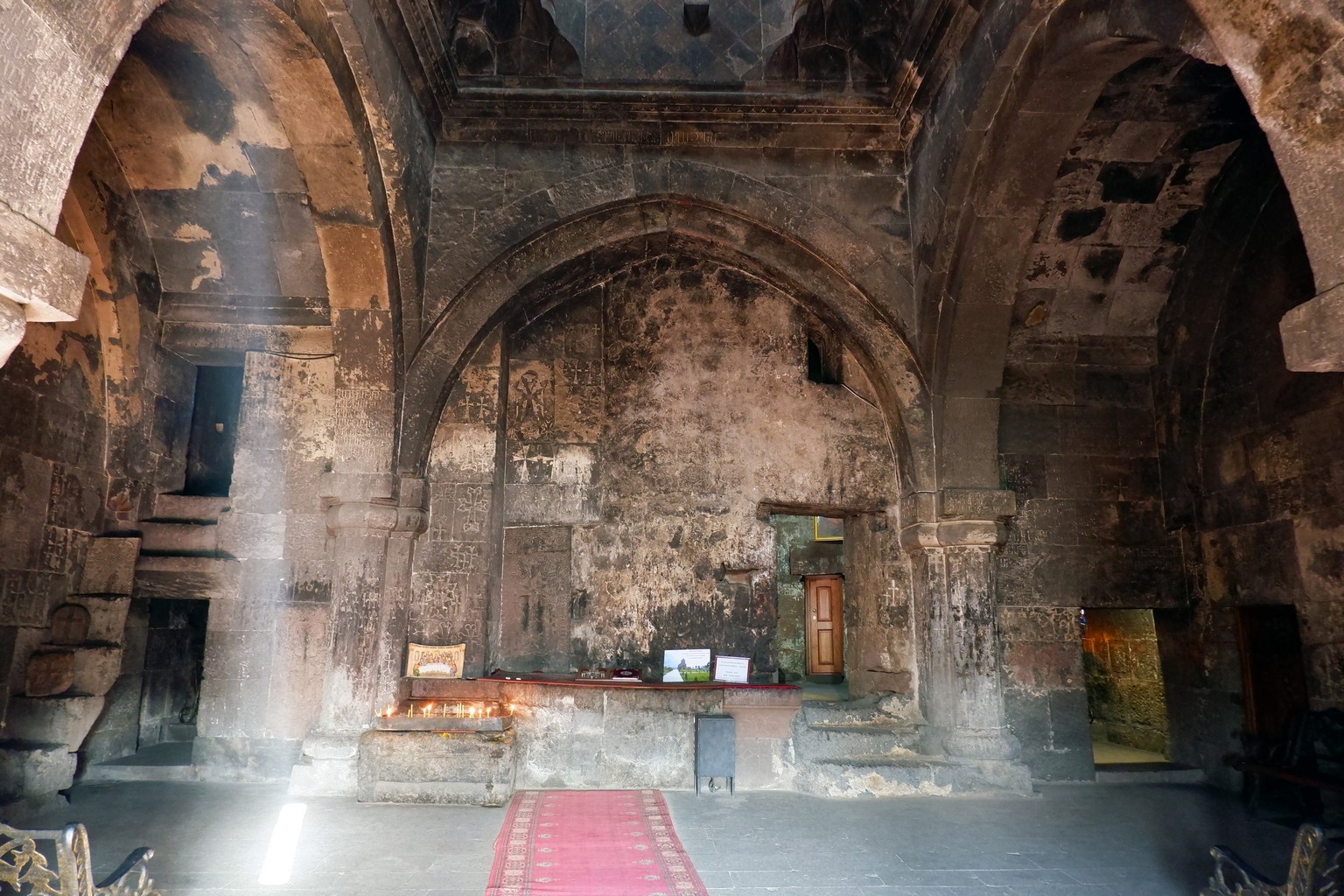 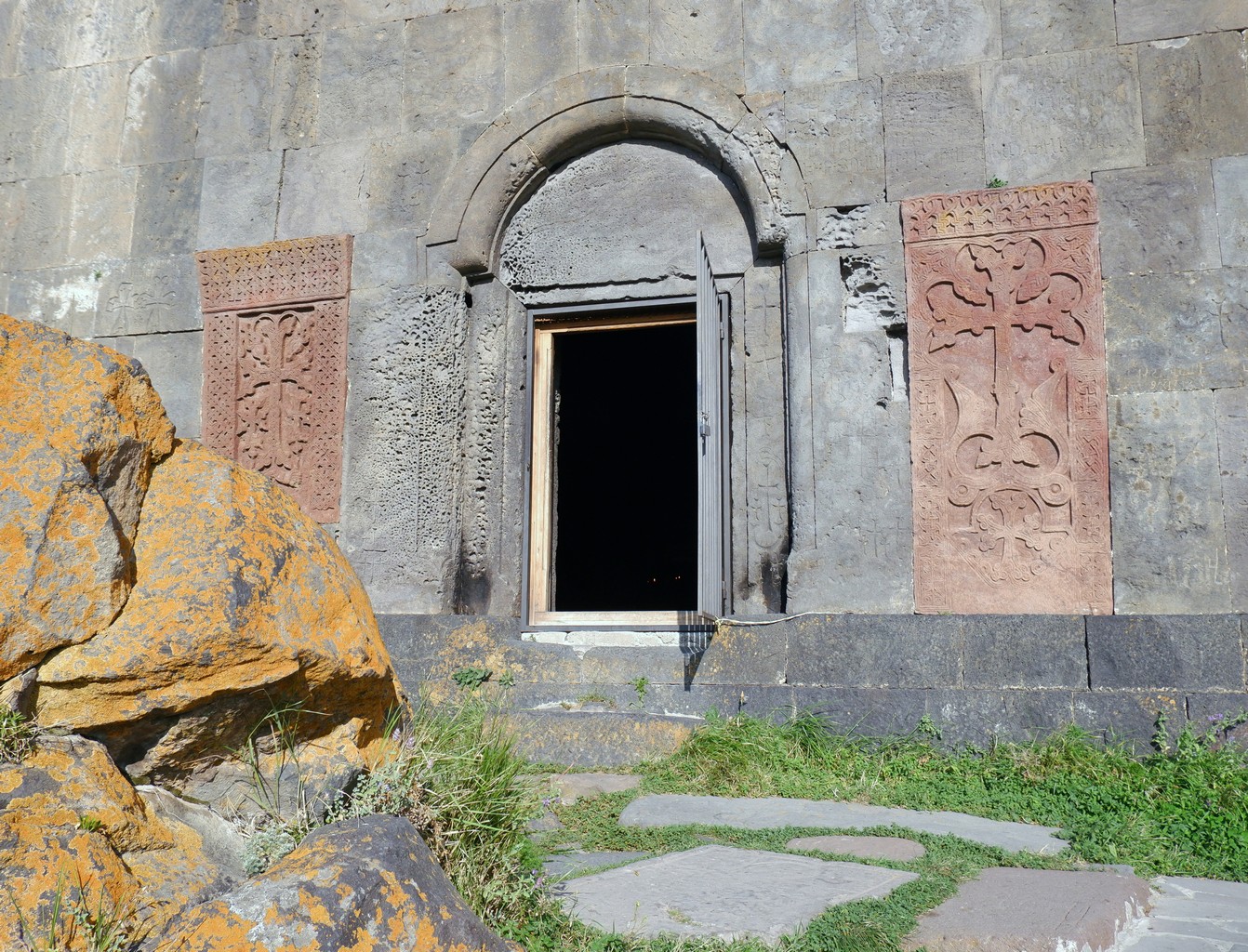 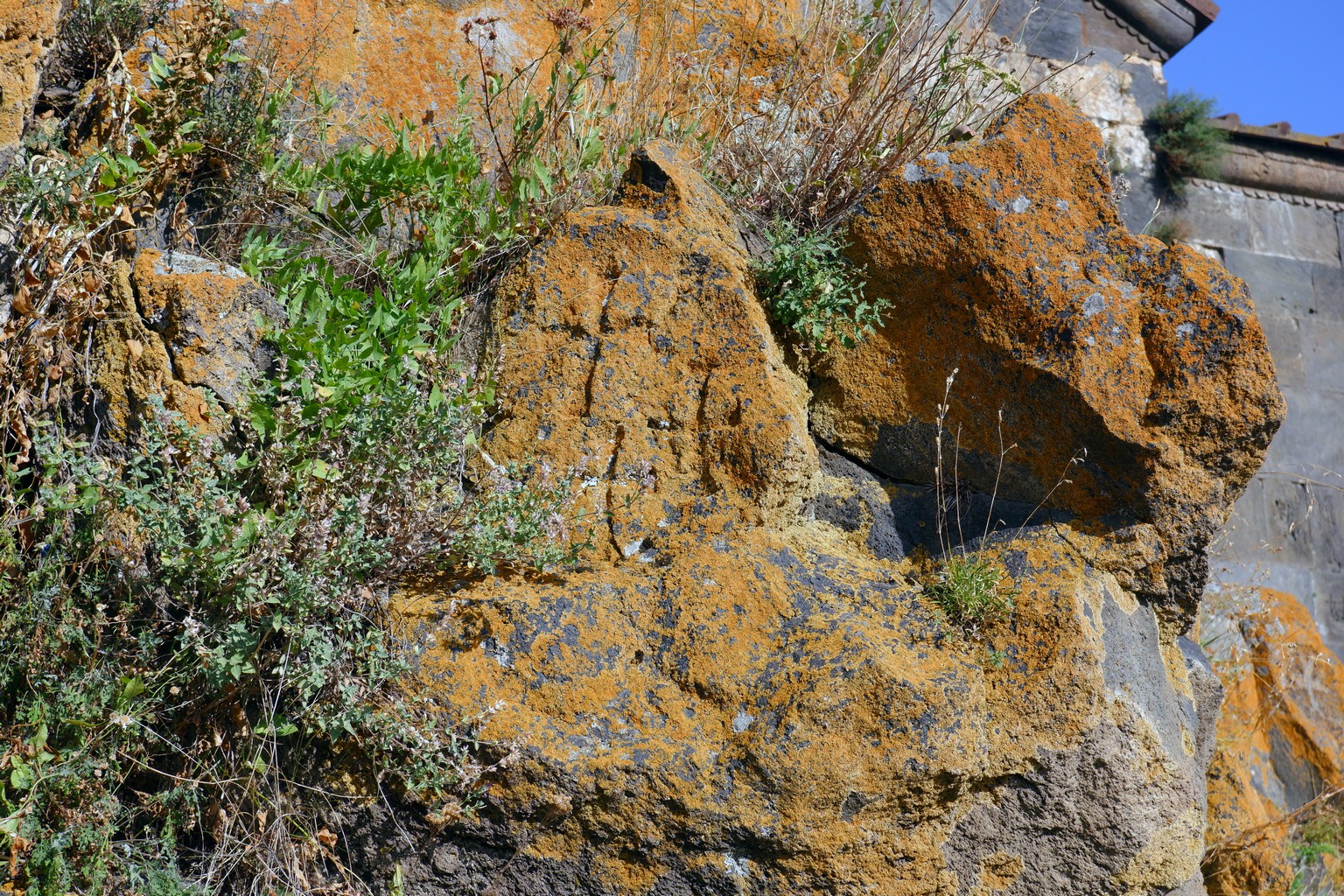 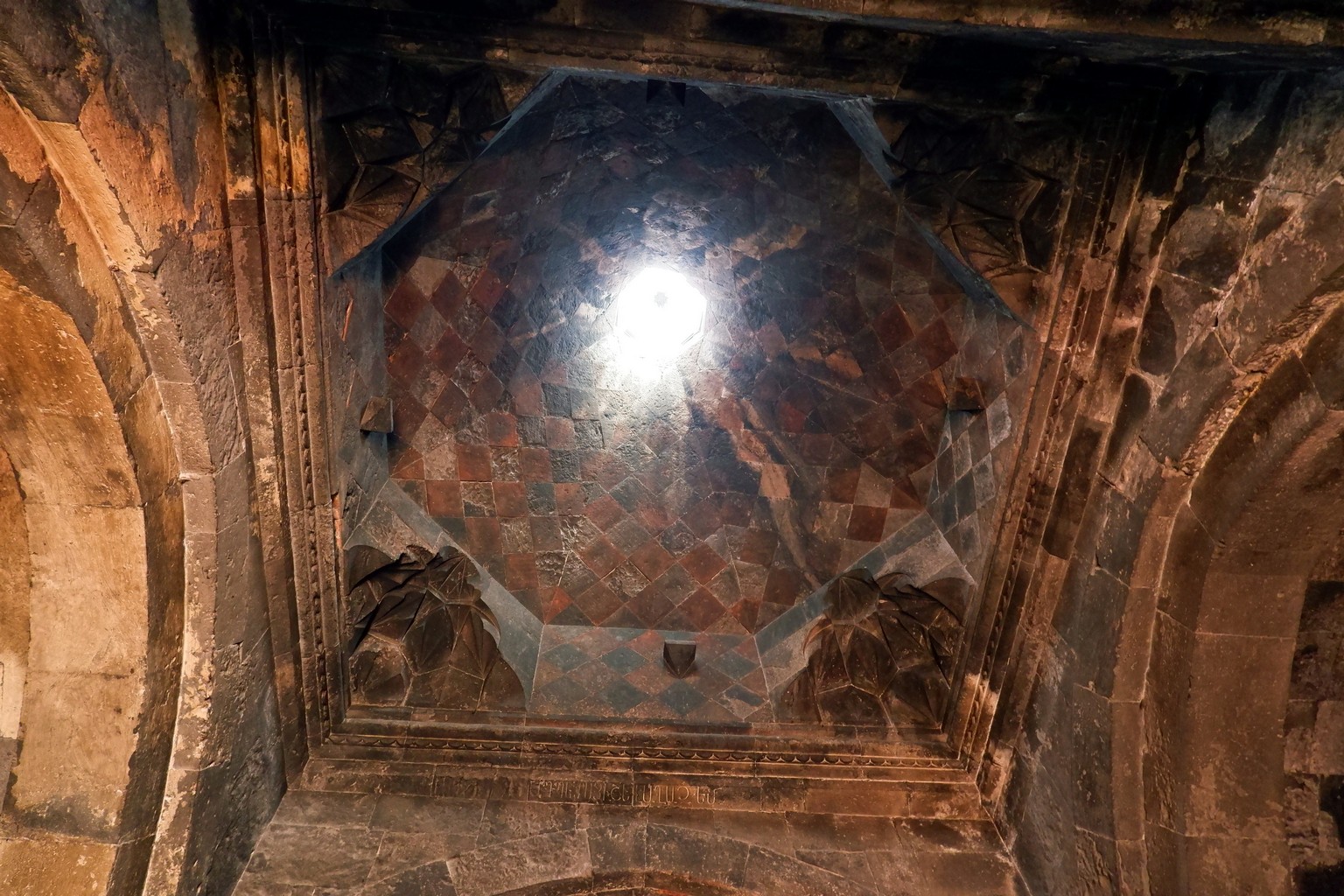 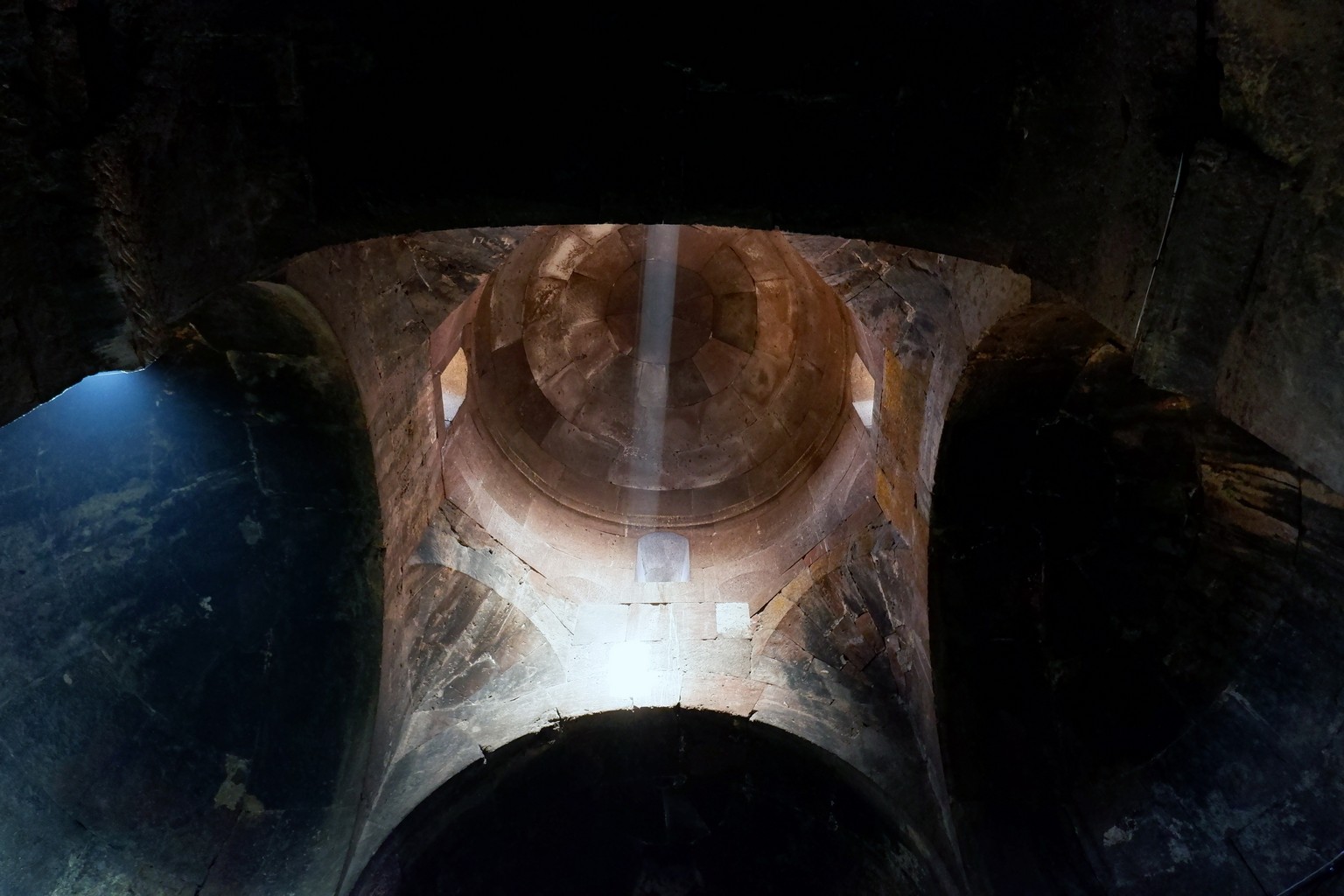 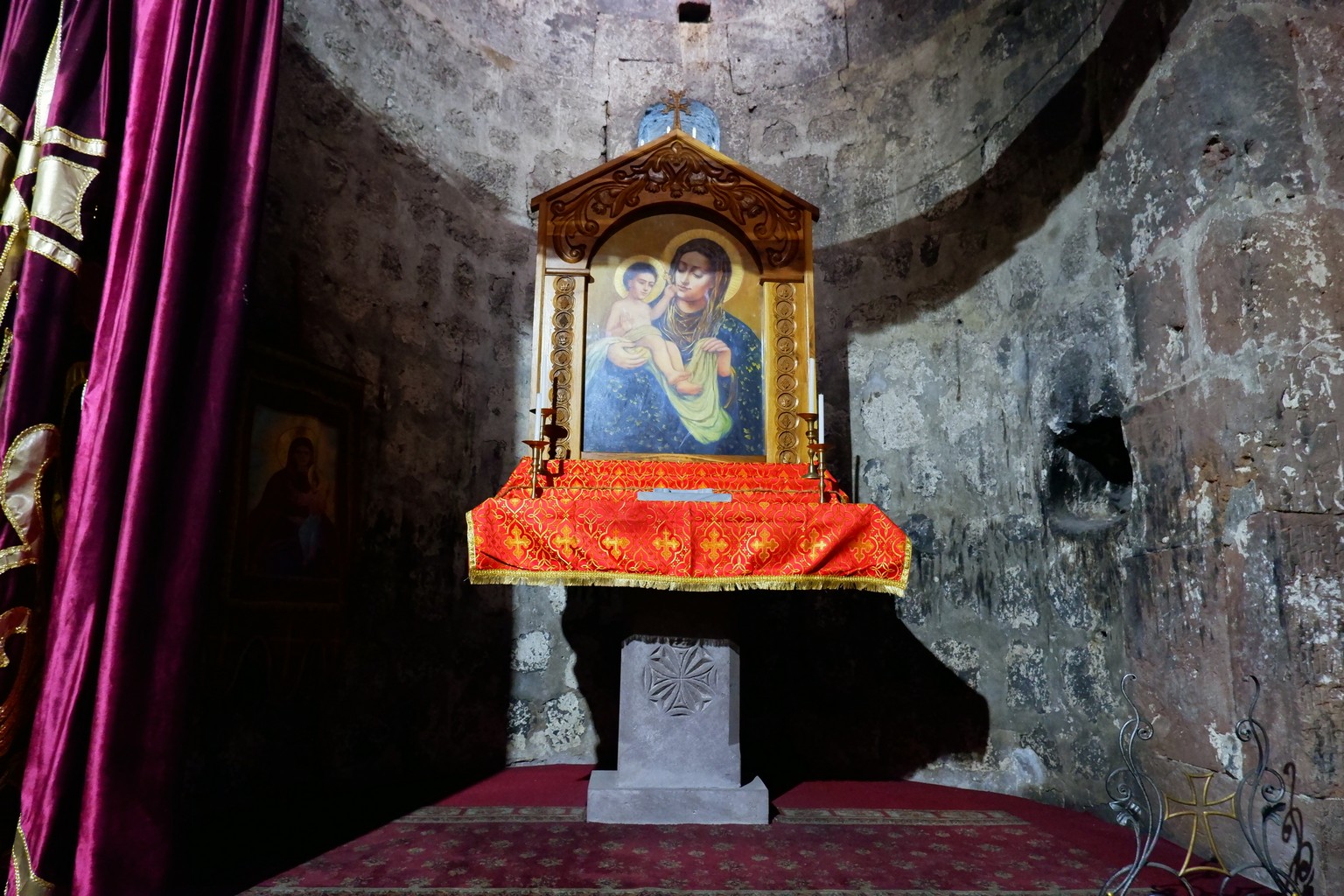 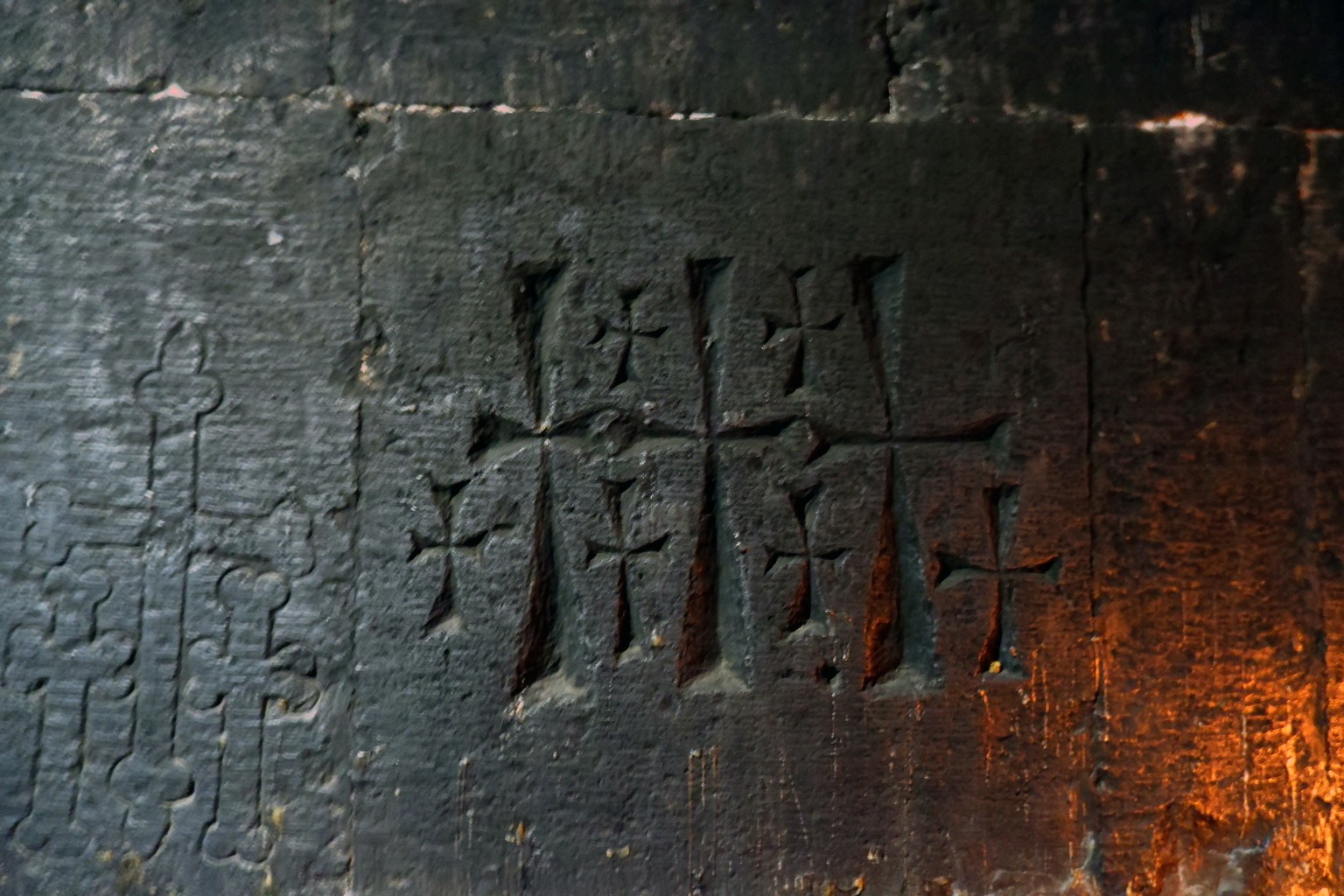 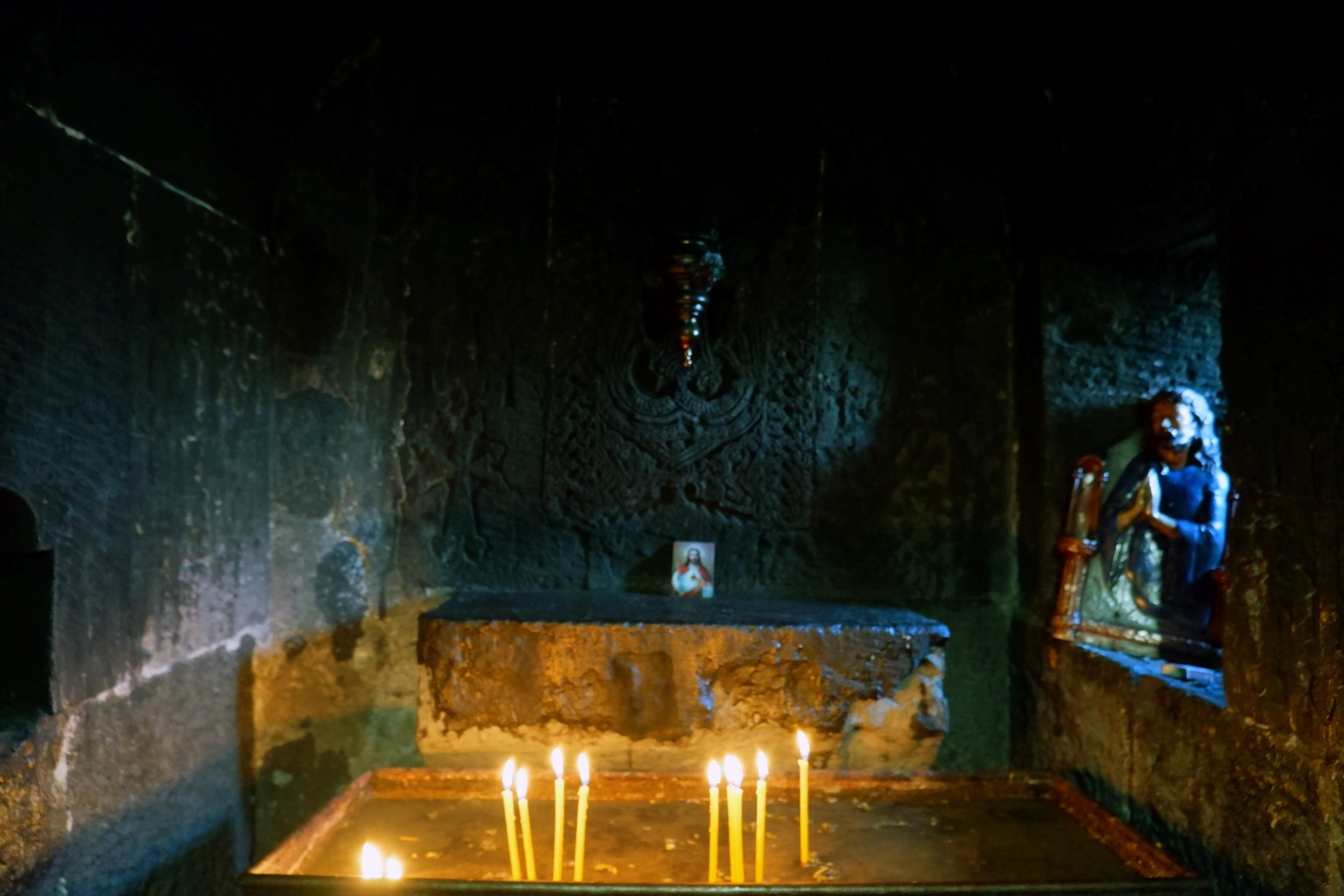 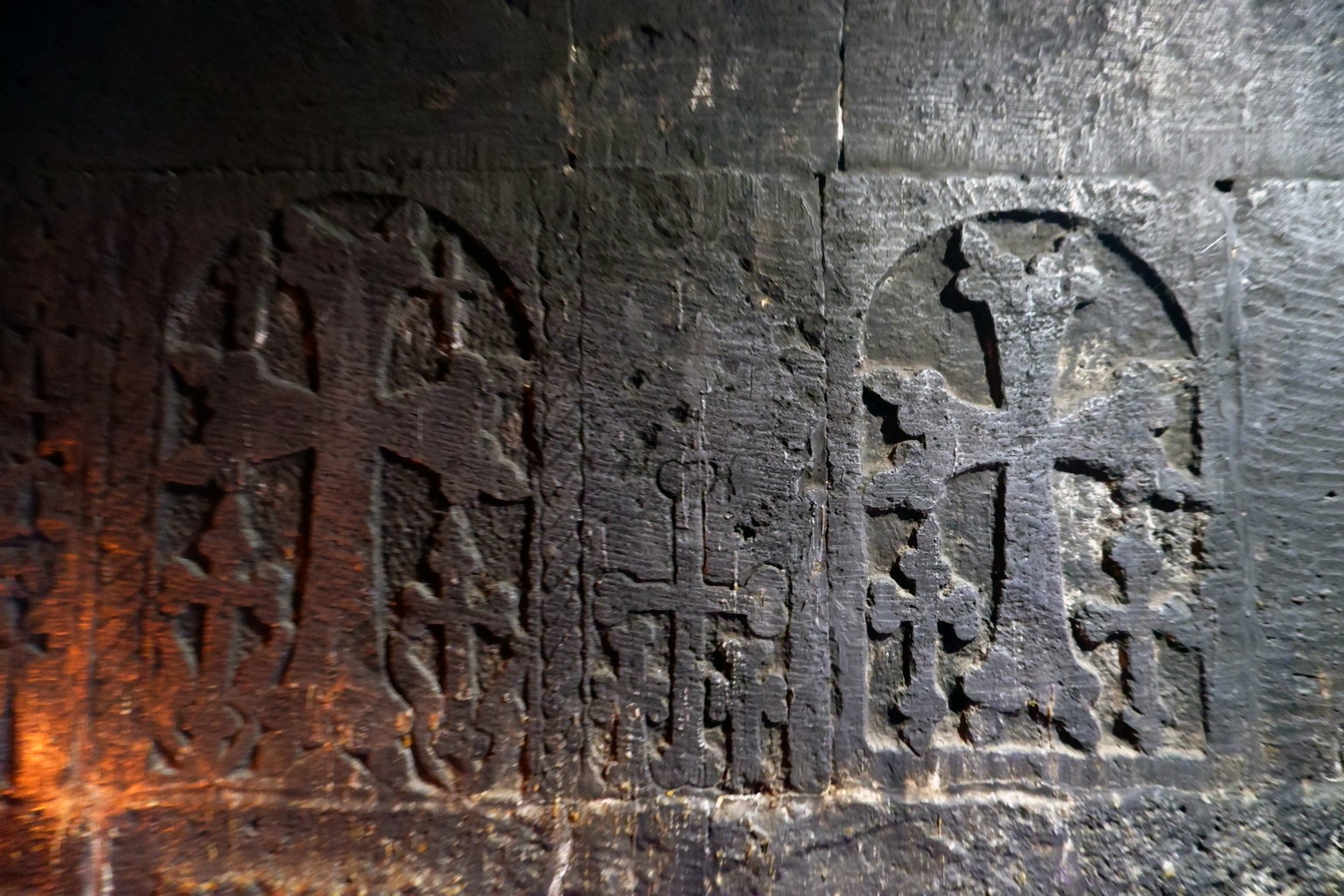 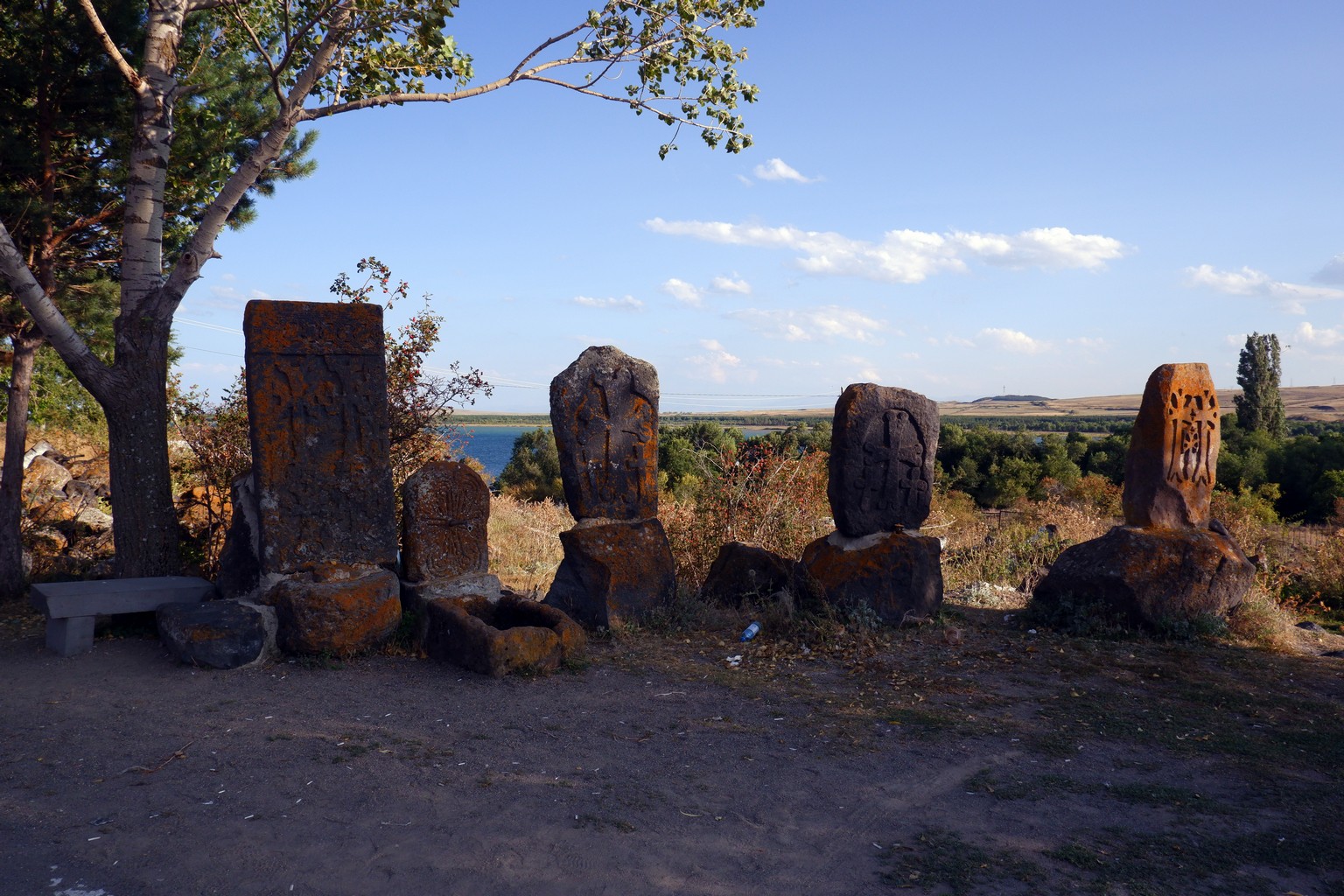 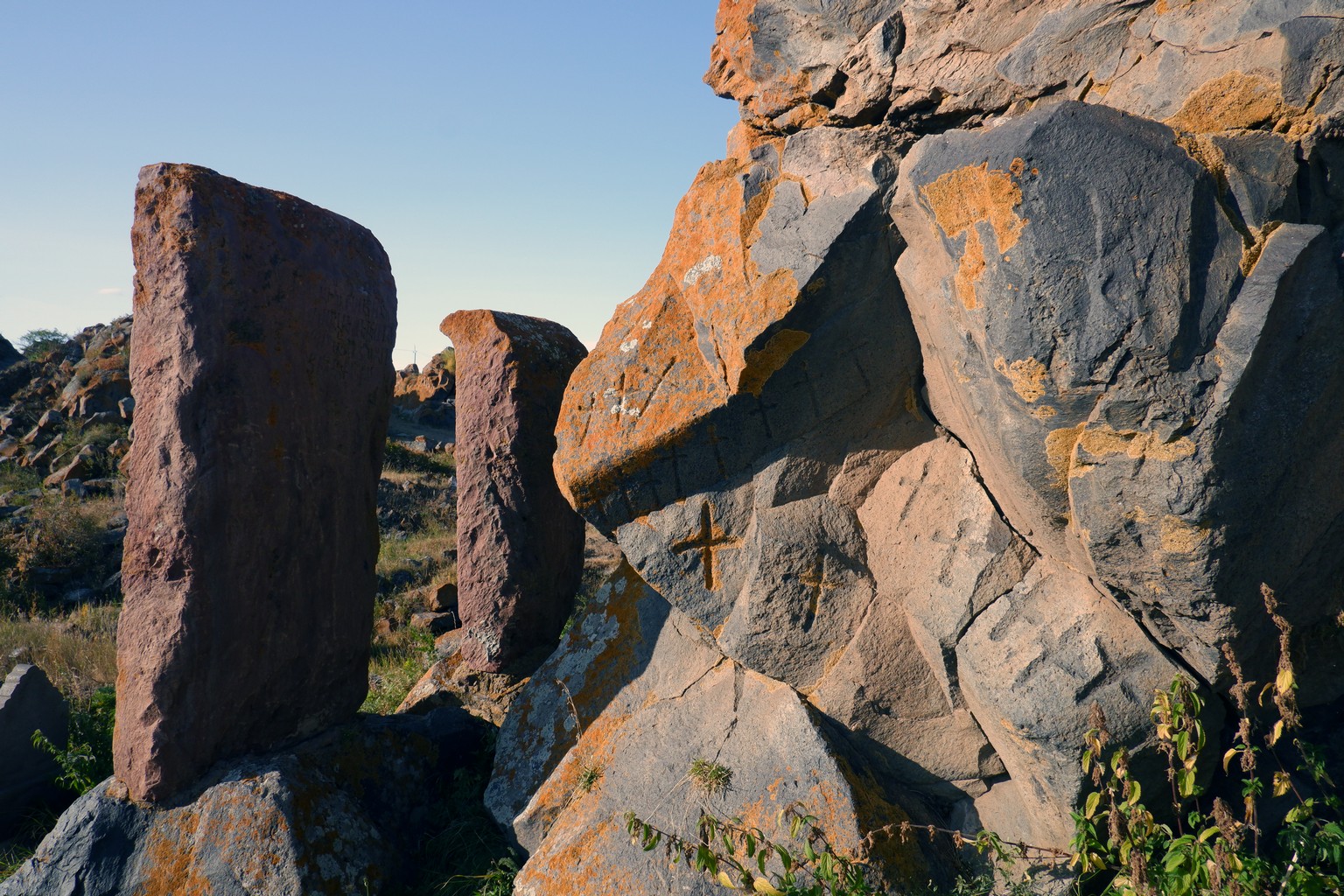 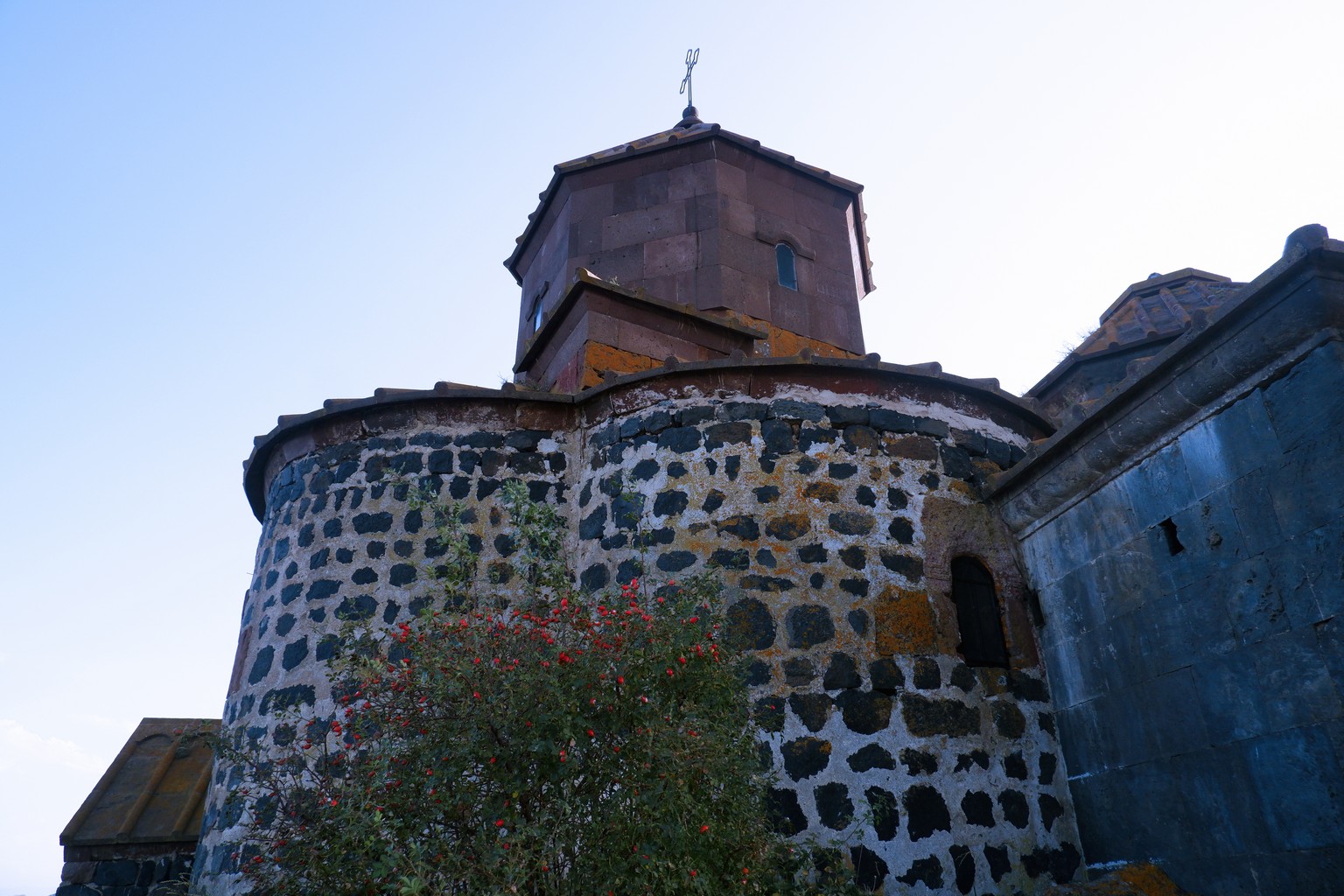 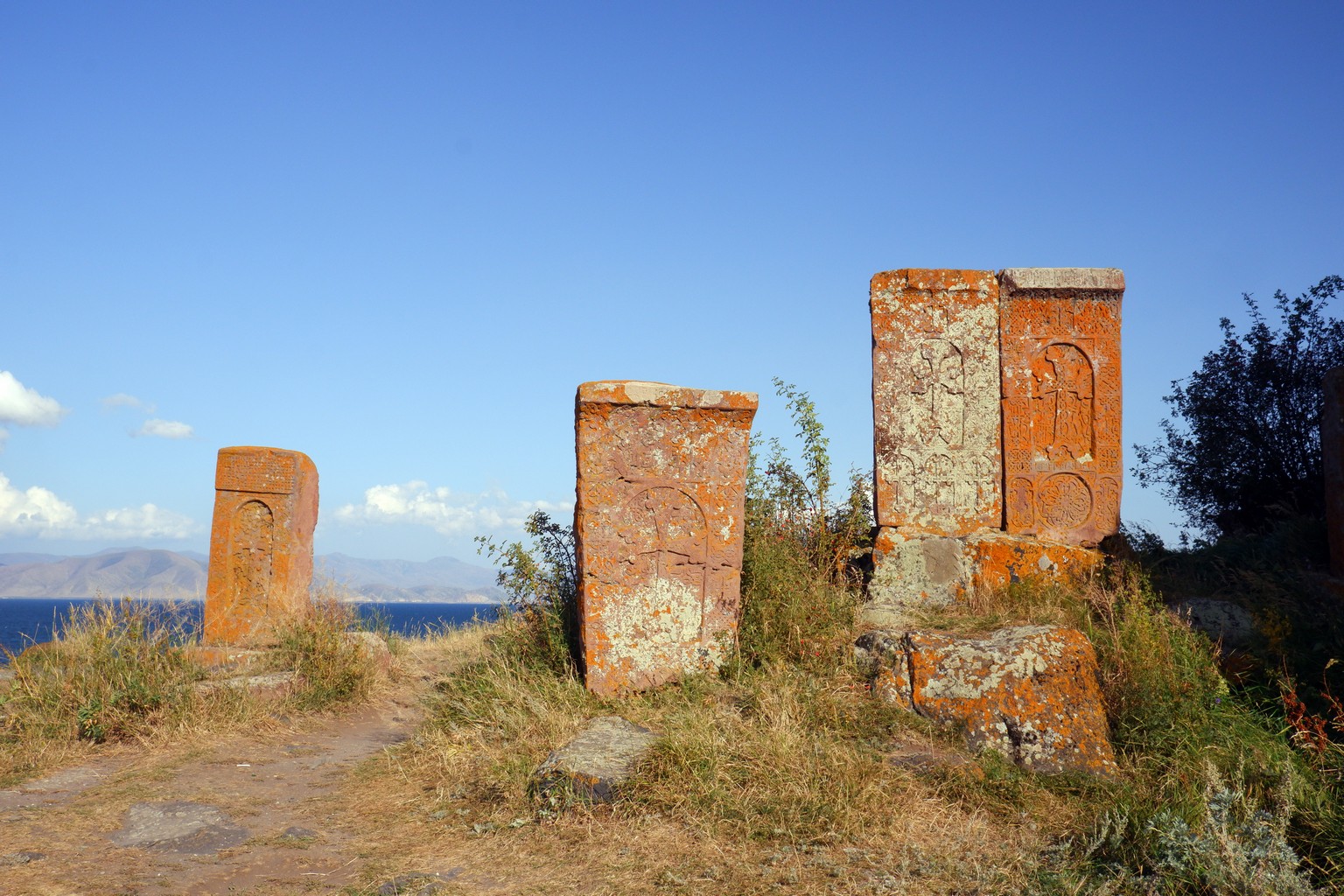 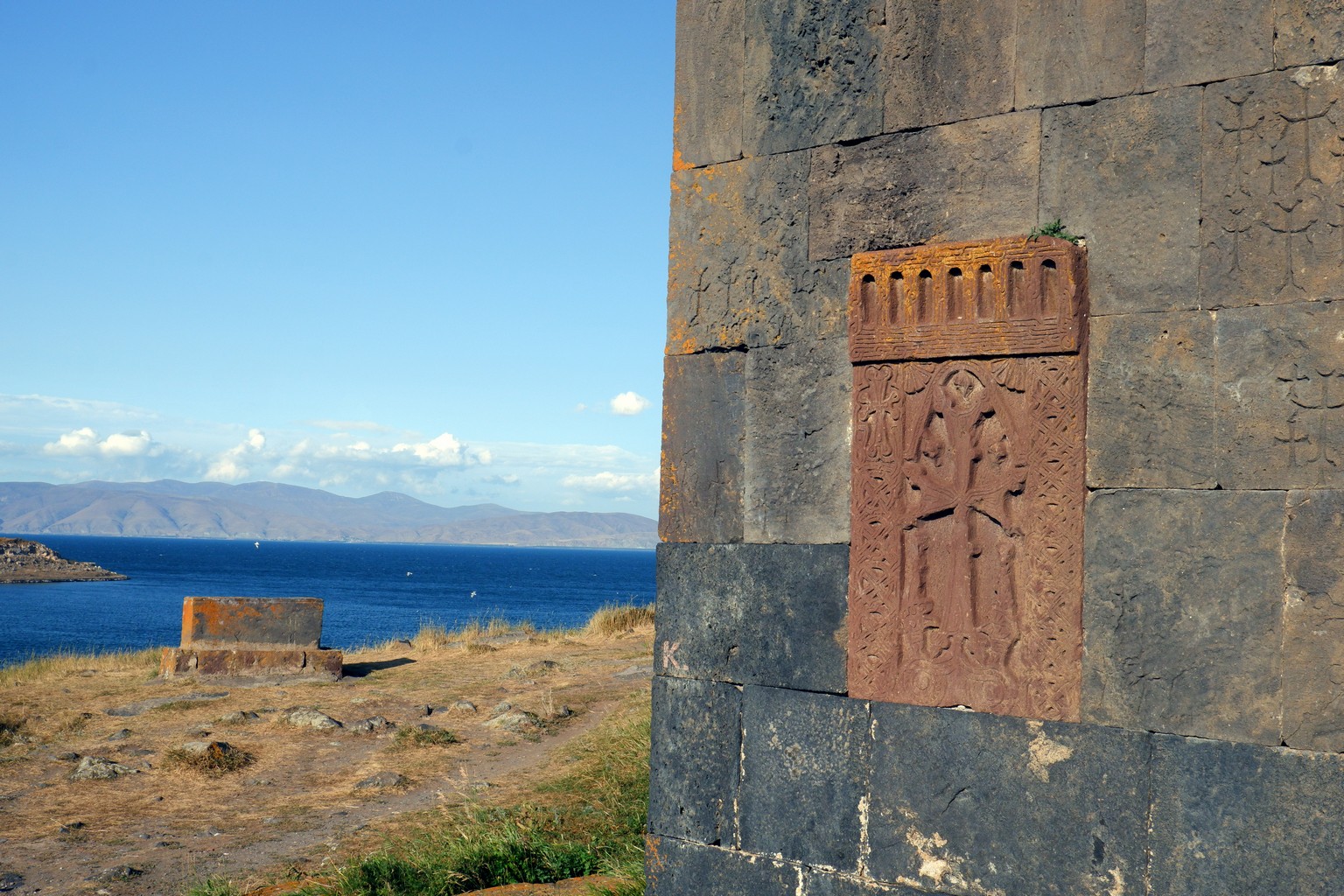 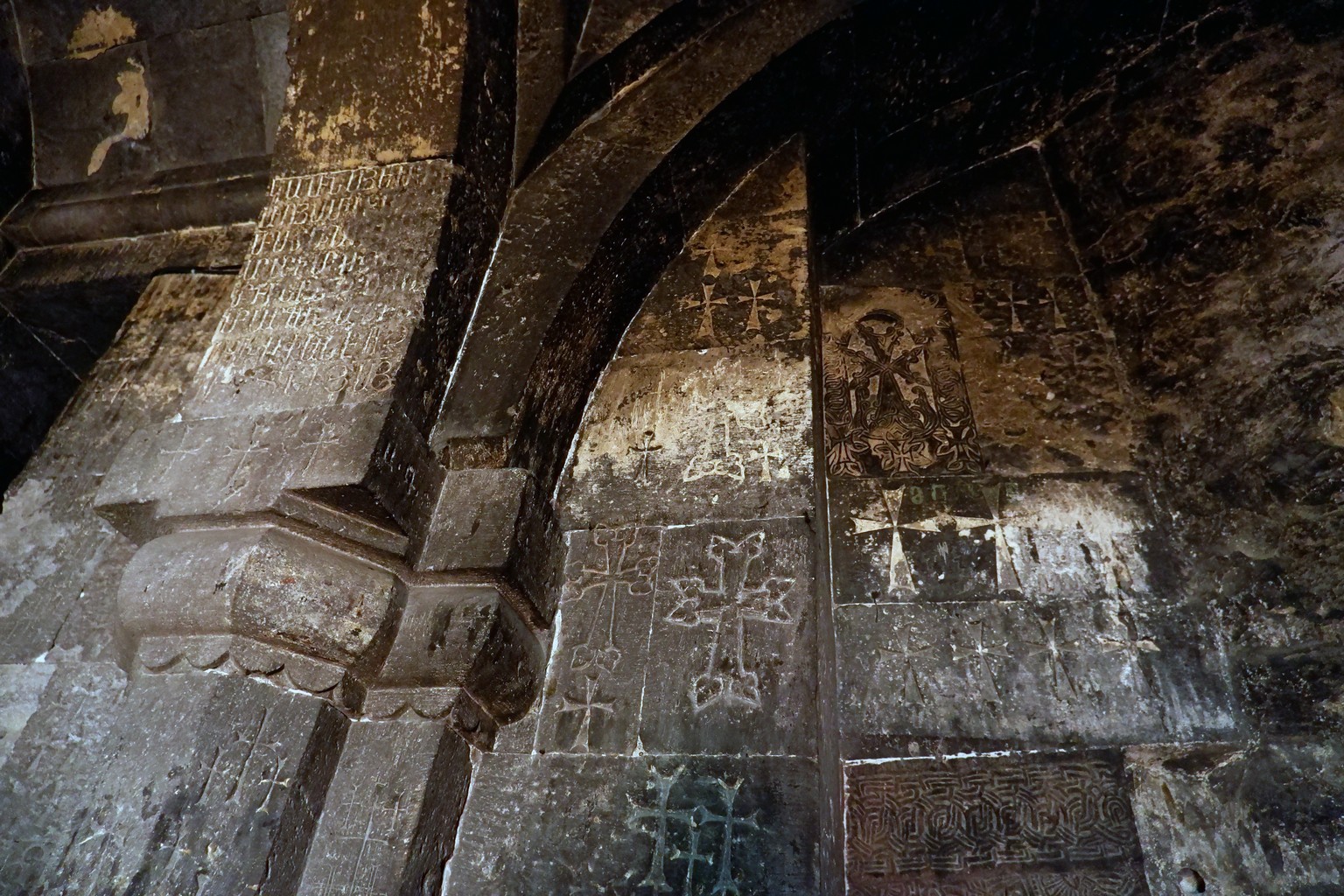 The monastic complex built in the IX-XII centuries consists of S. Stepanos Church, gavit (vestibule), and sacristies. The Monastery is quadrangular, has a cross-central dome composition, and has two entrances: southern and western. The western entrance opens into the gavit. The tabernacles inside and out are circular.

A sacristy is built on the southeastern side.  The Monastery is built of rough basalt, but the arches and the dome with an octagonal drum are of tuff. In 1211, the brothers Hovhannes Vardapet and Nerses Vardapet renovated the Monastery and built a gavit from the west with a two-pillared, octagonal, alabaster dome.  Two-story sacristies were added to the eastern side.  In the small walled courtyard of Hayravank, there are tombstones and khachkars (cross-stones). Outside the wall, there are ruins of cells and administrative buildings. A number of apartments and dwellings were excavated in the area of ​​the complex. Fragments of gift vessels, pebbles, various vessels, fire pits, and other things of the Early and Middle Bronze Age were found.

The name of Hayravank “Mardaghavniats” is related to an ancient legend written by Catholicos of All Armenians Ghazar A.Jahkeci, according to which, during the Turco-Mongol Timur’s campaign in 1381, the Hayravank abbot named Hovhan transformed thousands of Armenians captured by the tyrant into doves and freed them by the power of the relic-bearing cross of Christ.  The cruel tyrant, spreading death and destruction, conquers Persia, then crosses the Araks River, invades Syunik, then proceeds to the Ararat Valley through the Geghama ravishing sea basin, reaching Ayrivank.  Abbot Bishop Hovhannes, in order not to see the massacre and the desecration of the sanctuary, hastily takes the Gospel and the relic-bearing cross of Christ’s magic Crucifixion Plank and throws himself into the lake.  By God’s will, the saint does not sink but begins to run over the waves.  Shocked by the scene, Timur invites the Abbot to him and promises to make the latter’s wish come true.  The Abbot asks the tyrant to return to him as many people as will fit inside the Monastery.  Timur agrees.  The captives enter the Monastery and the Monastery accommodates them all.  Surprised Timur notices that white doves fly out of the Monastery, soar, and disappear into the blue sky.

Since that day, the Monastery has been named Hovhanavank, Father Hovhanuvank, Mardaghavnyatsvank (meaning “Monastry of Man who turned people into doves”), and later, Hayravank (“Hayr” meaning “Father”), in honor of the miraculous Bishop Hovhannes.

Pilgrimage Day of Hayravank Monastery was declared the day of finding the box of the Virgin Mary, and is celebrated on the fifth Sunday following the Epiphany.  That day, the relic of Christ’s Crucifixion Plank is brought to Hayravank Monastery from Holy Etchmiatsin.

Travel to the most notable holy destinations in Armenia. including Hayravank Monastery

Reviews for the Hayravank Monastery