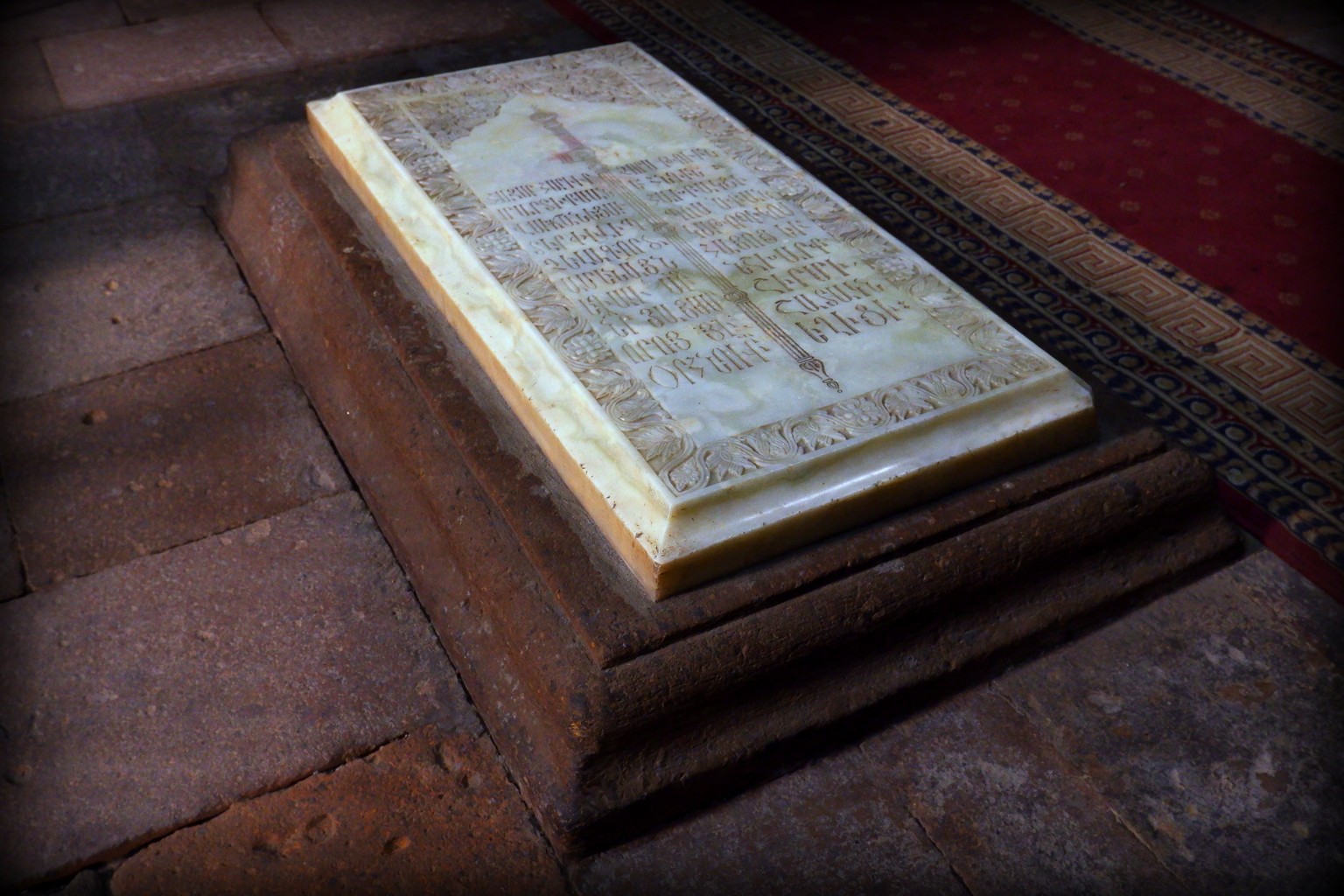 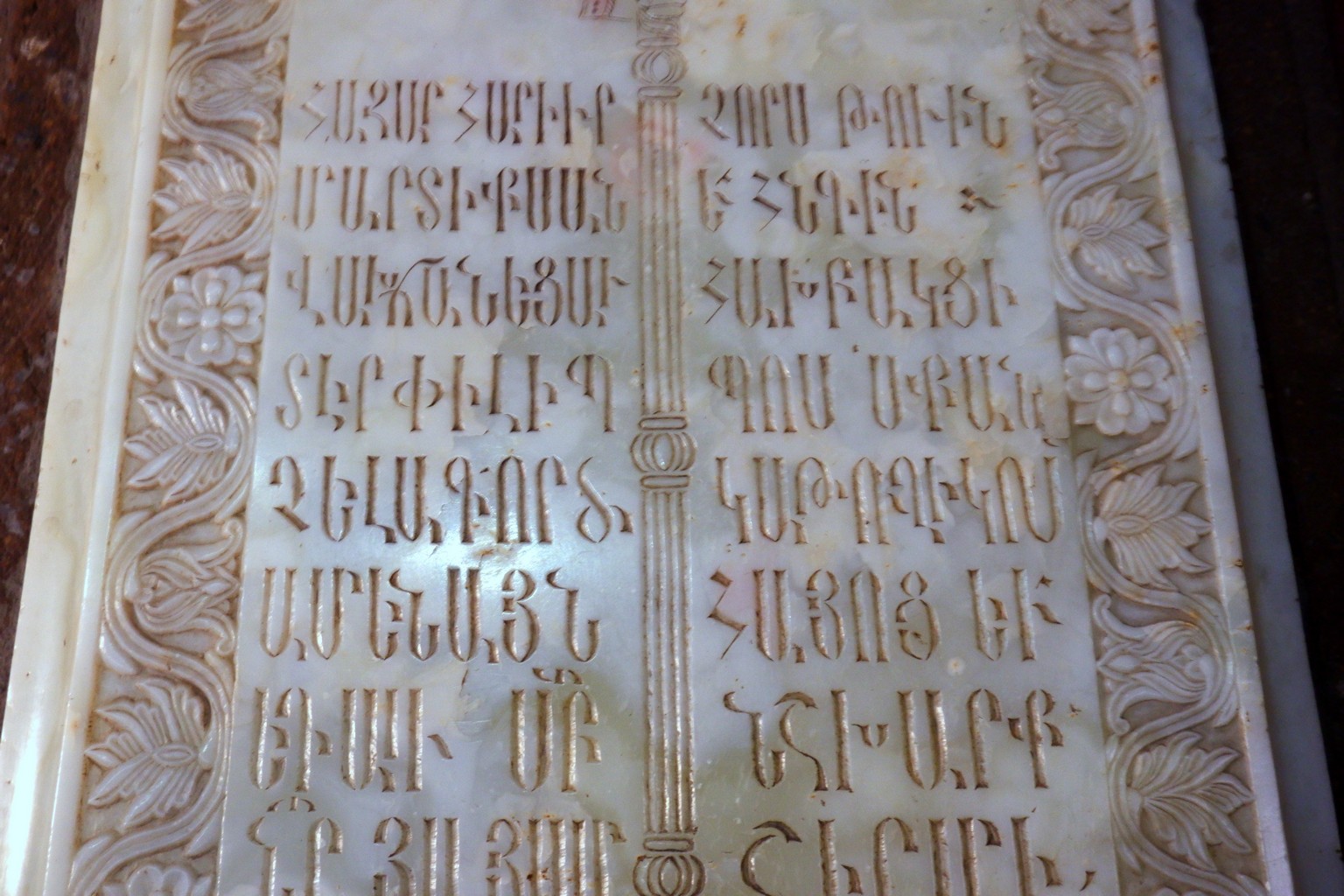 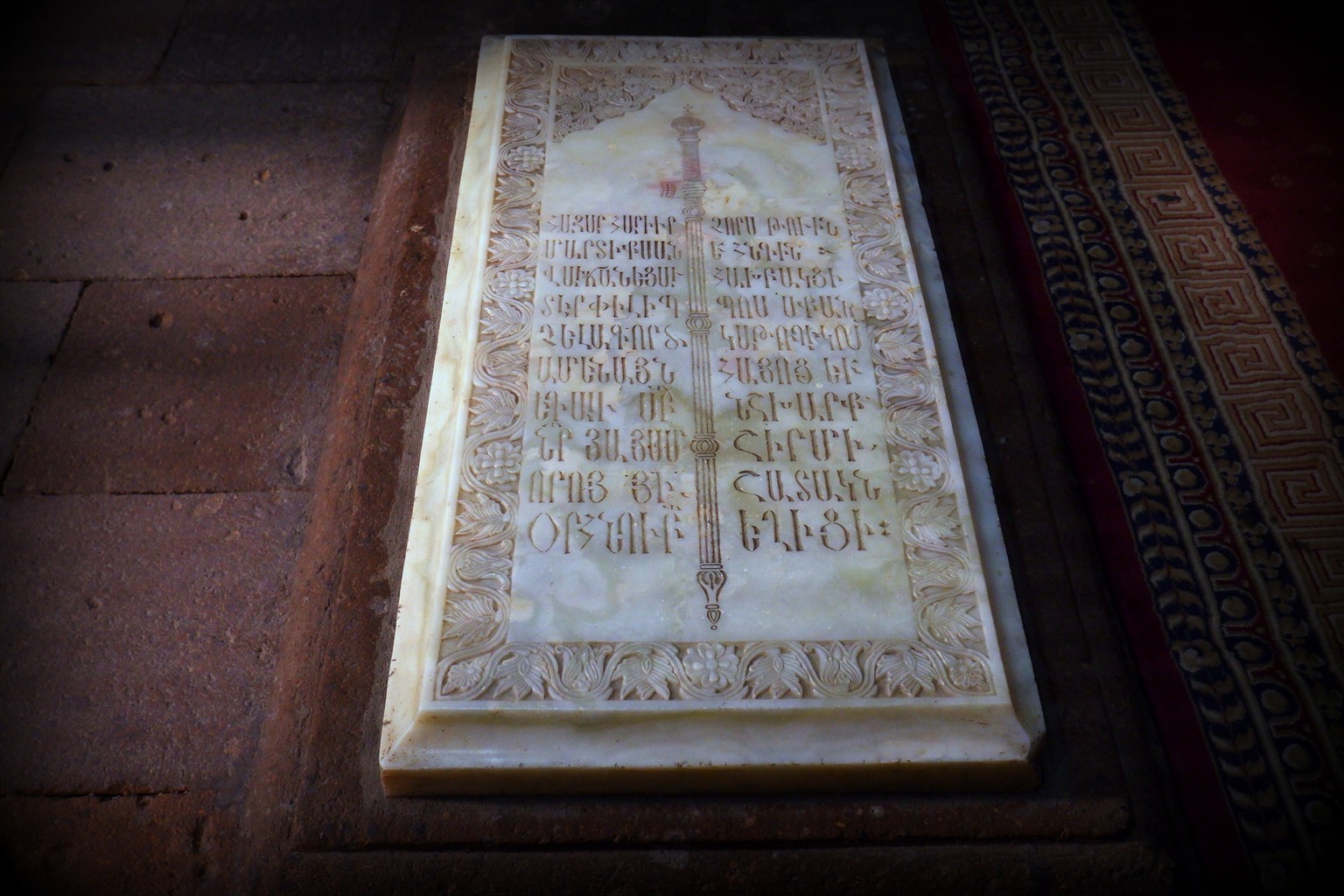 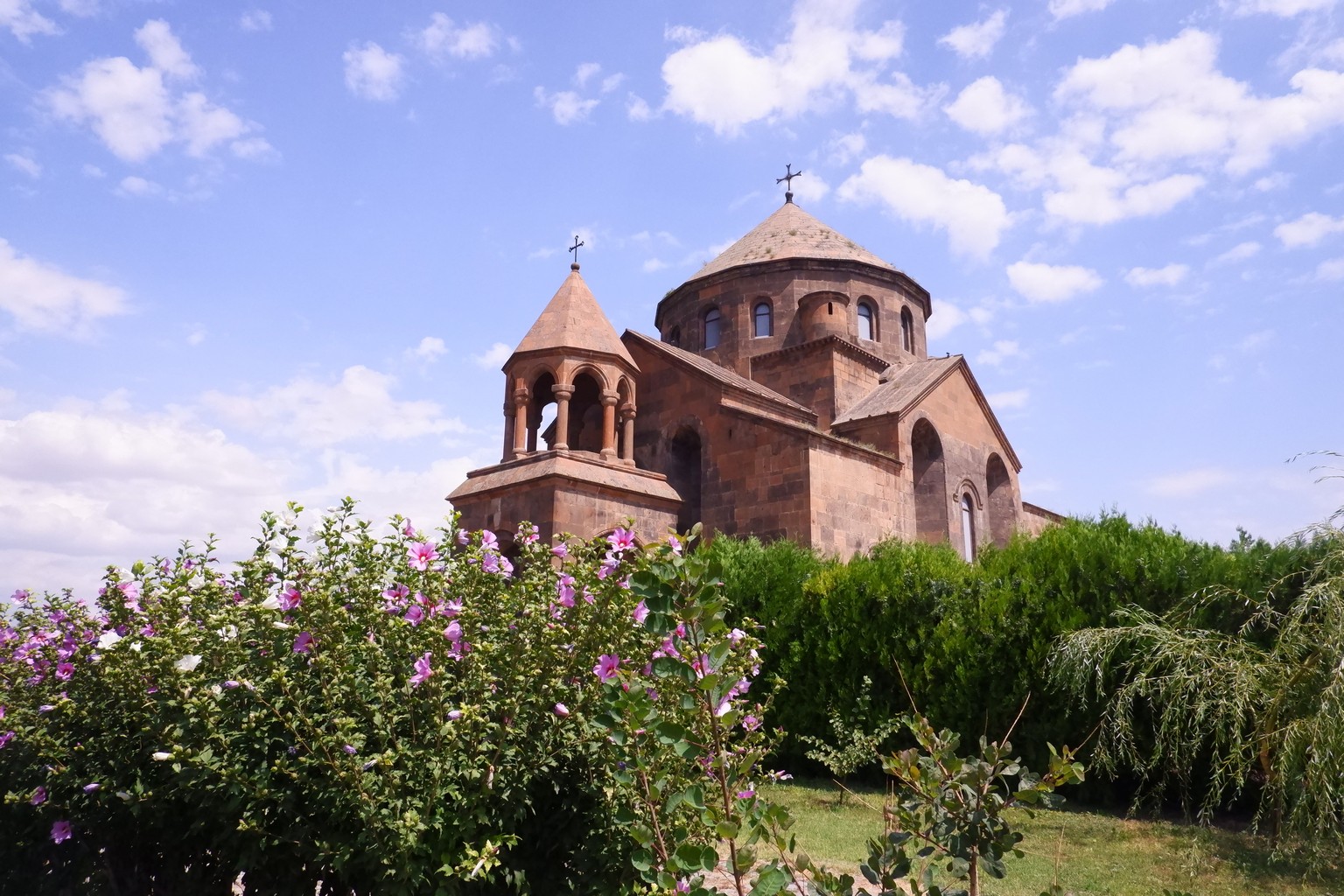 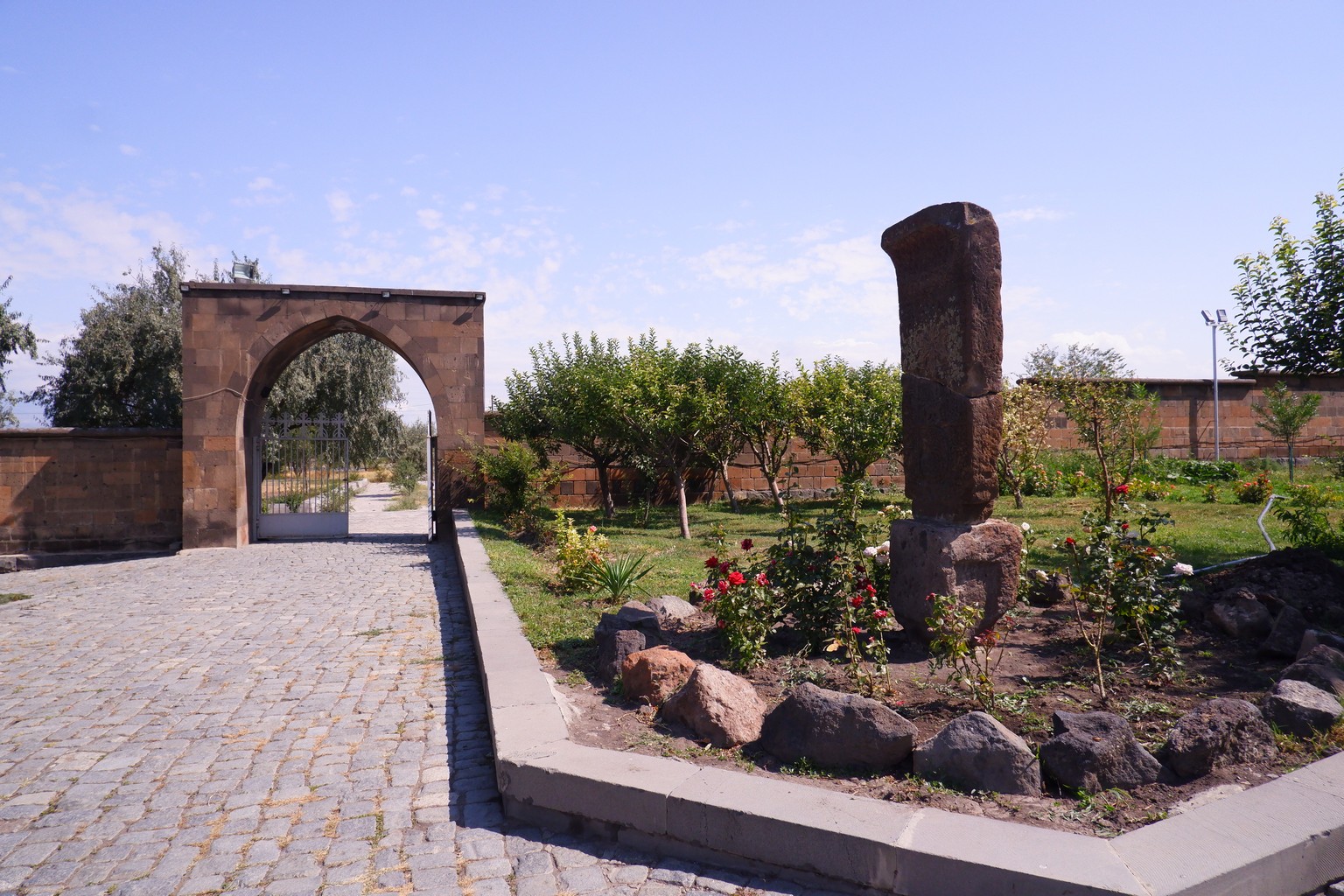 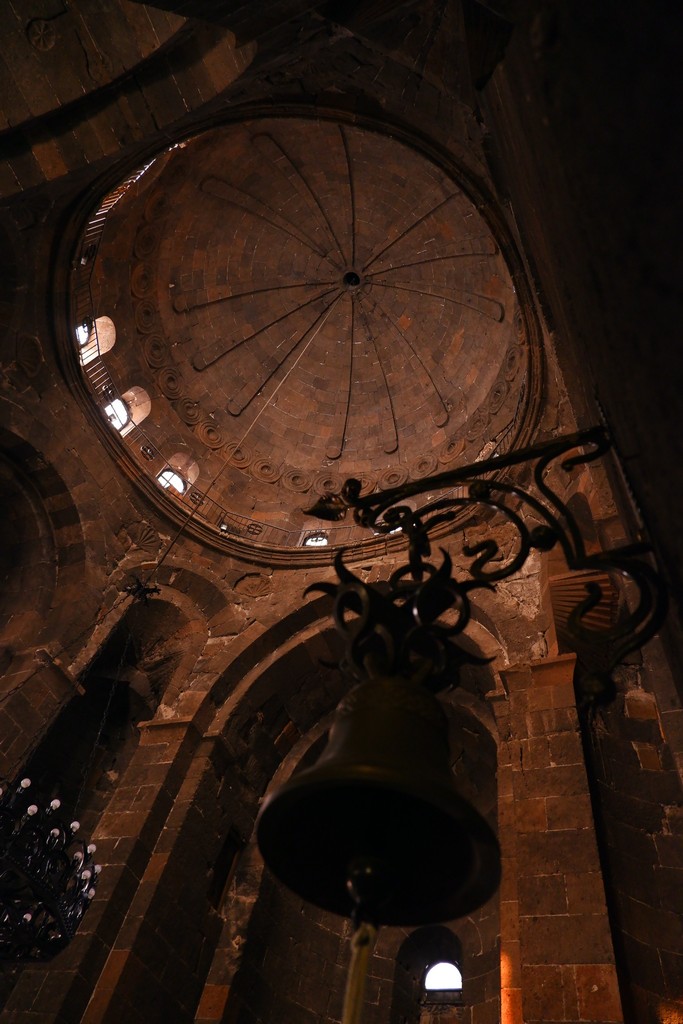 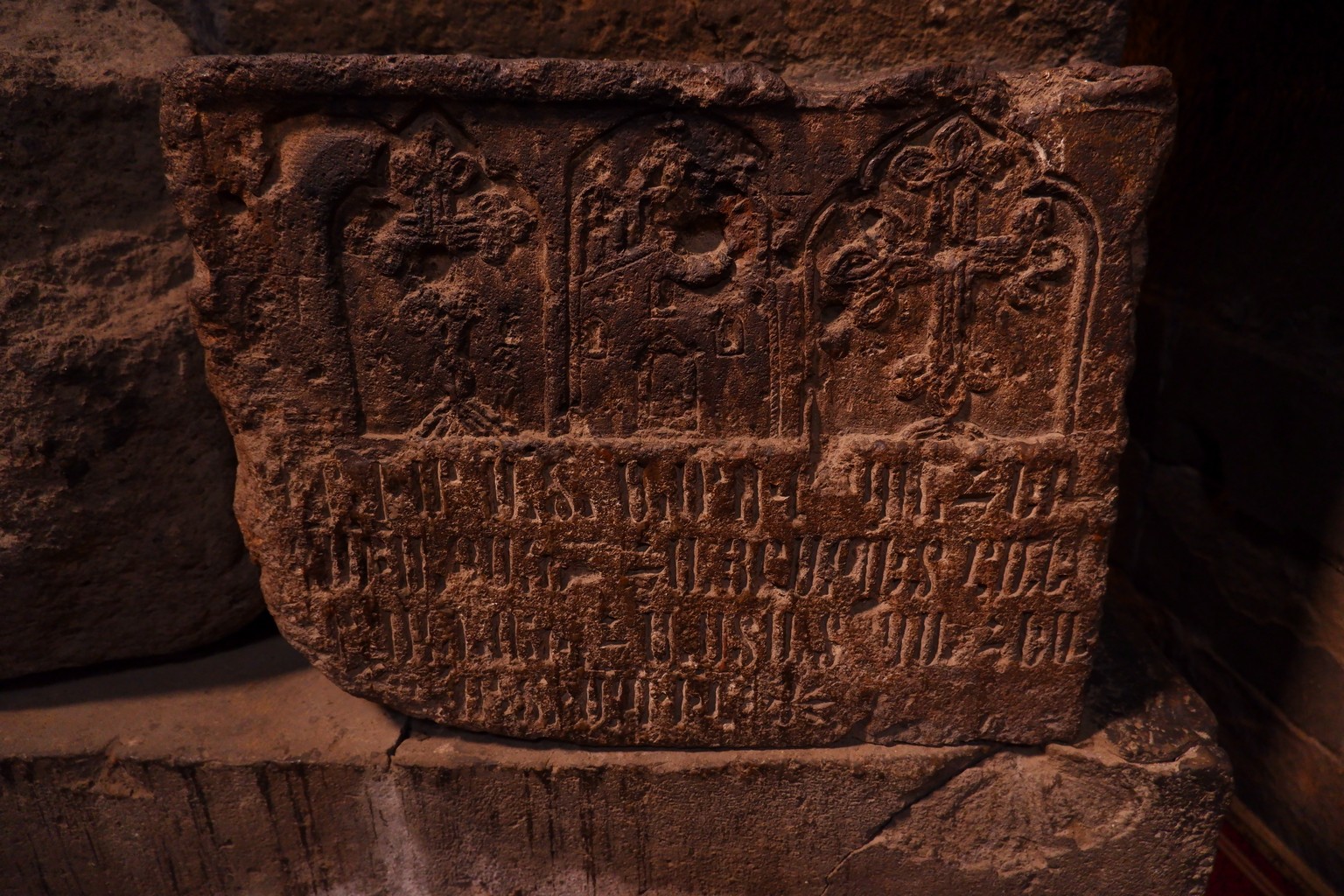 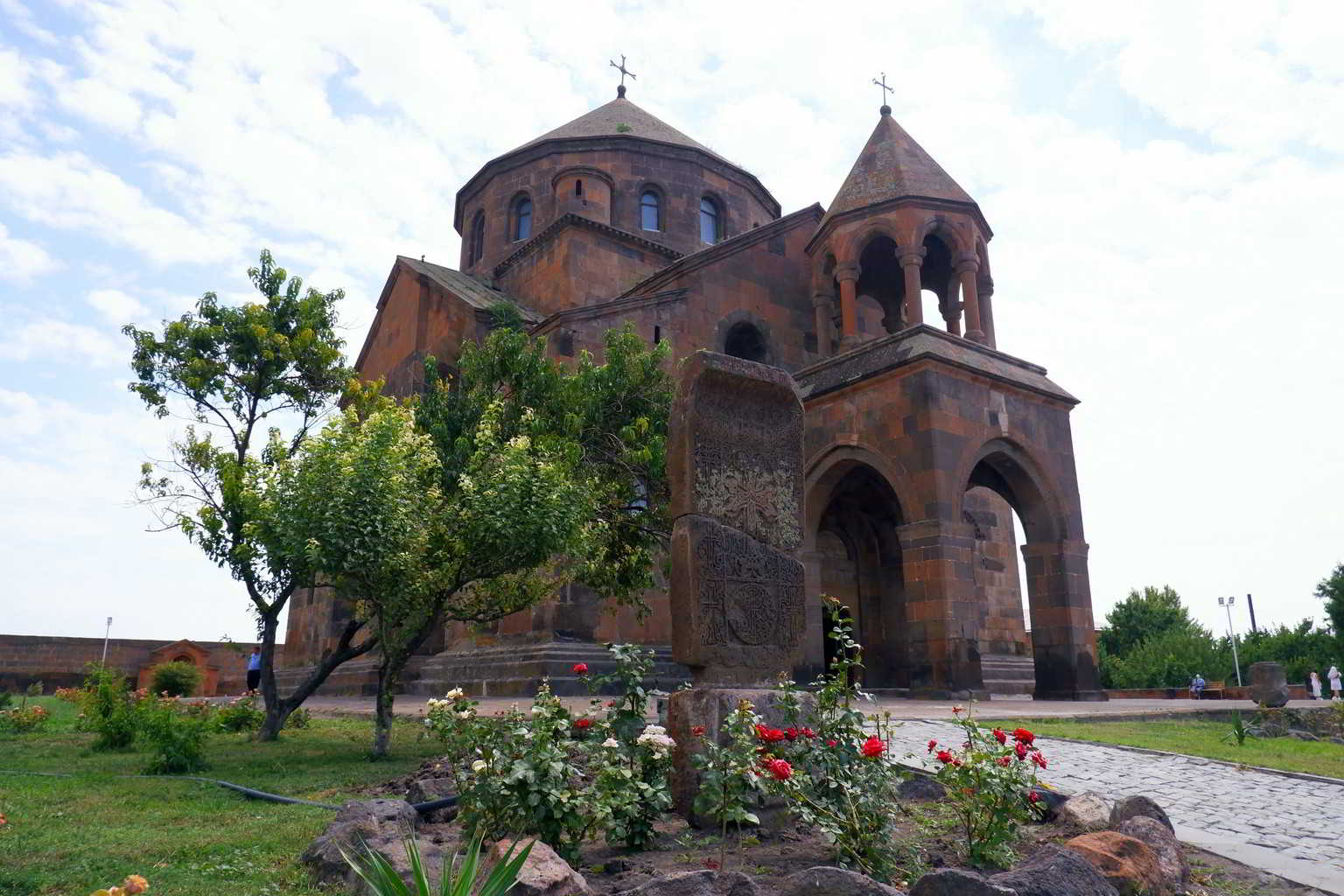 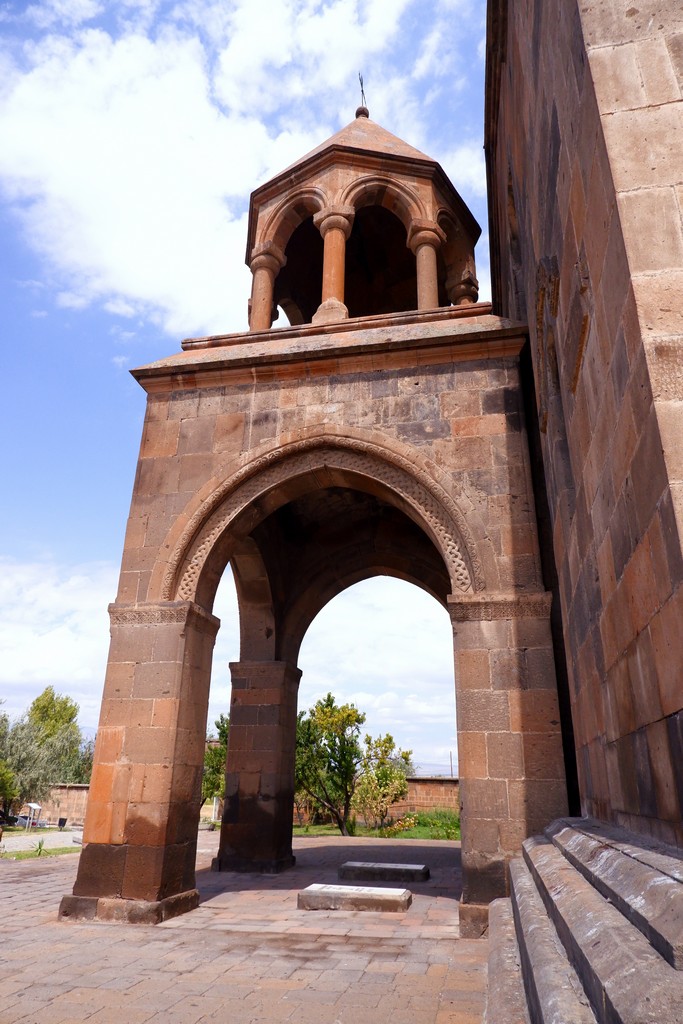 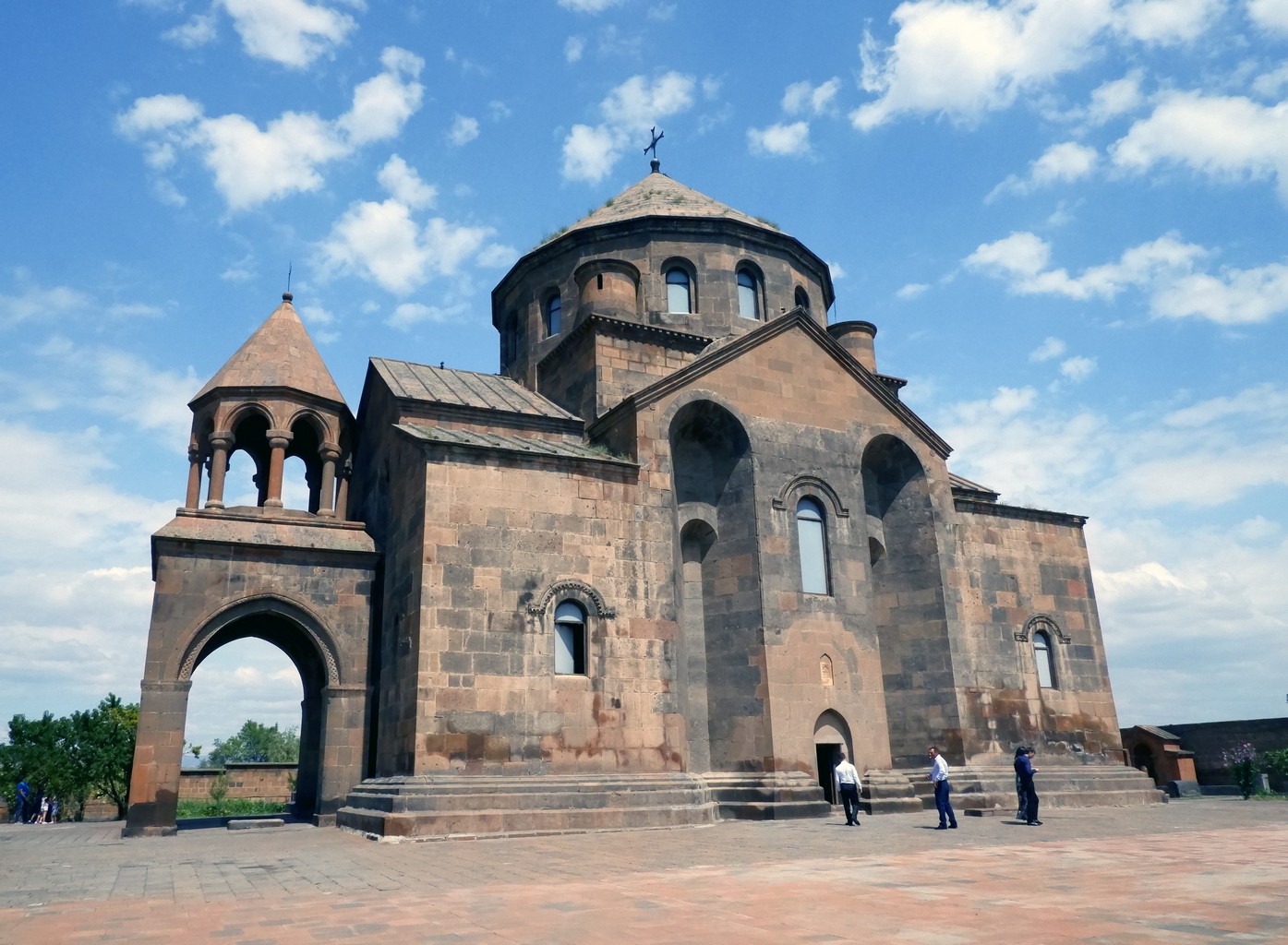 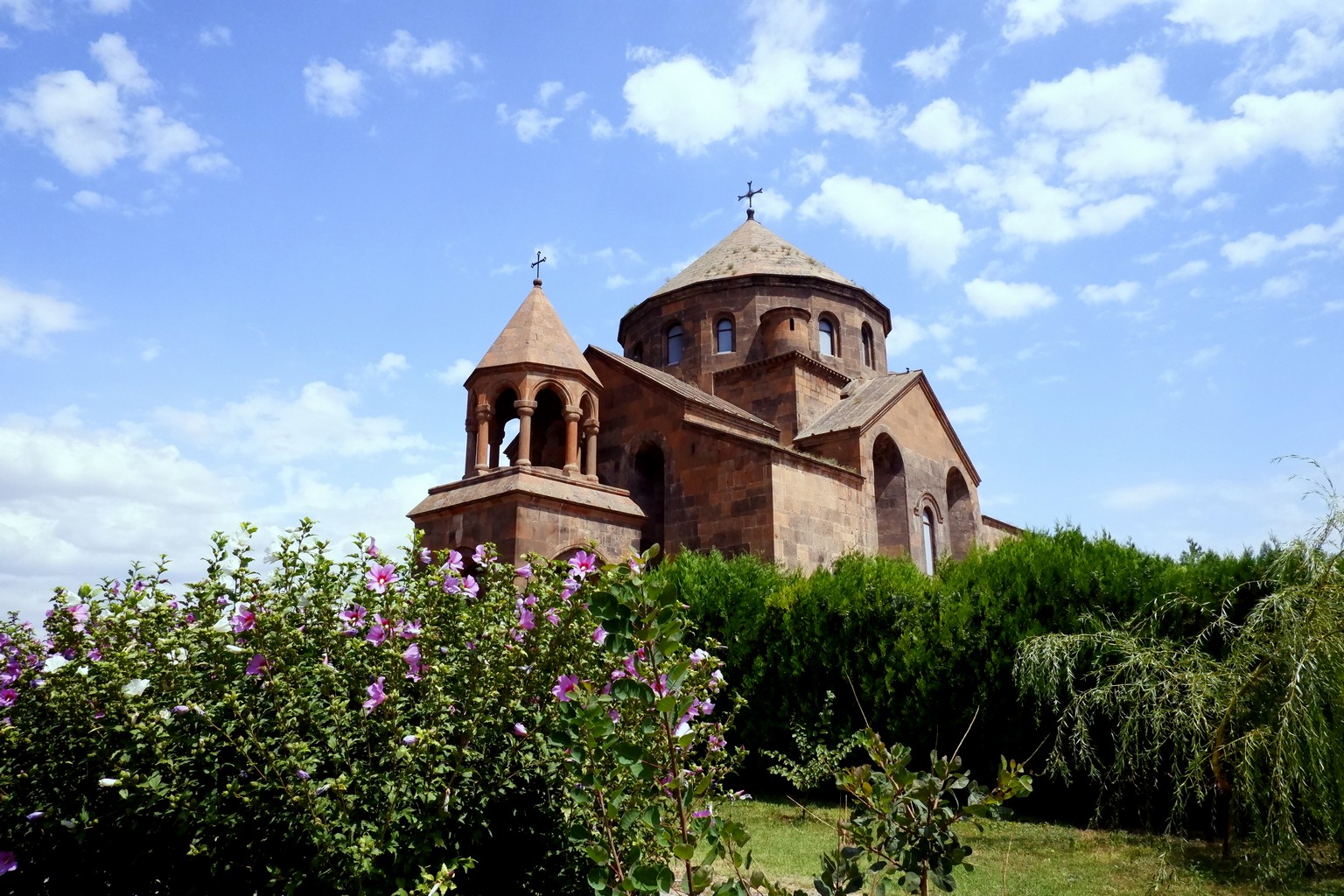 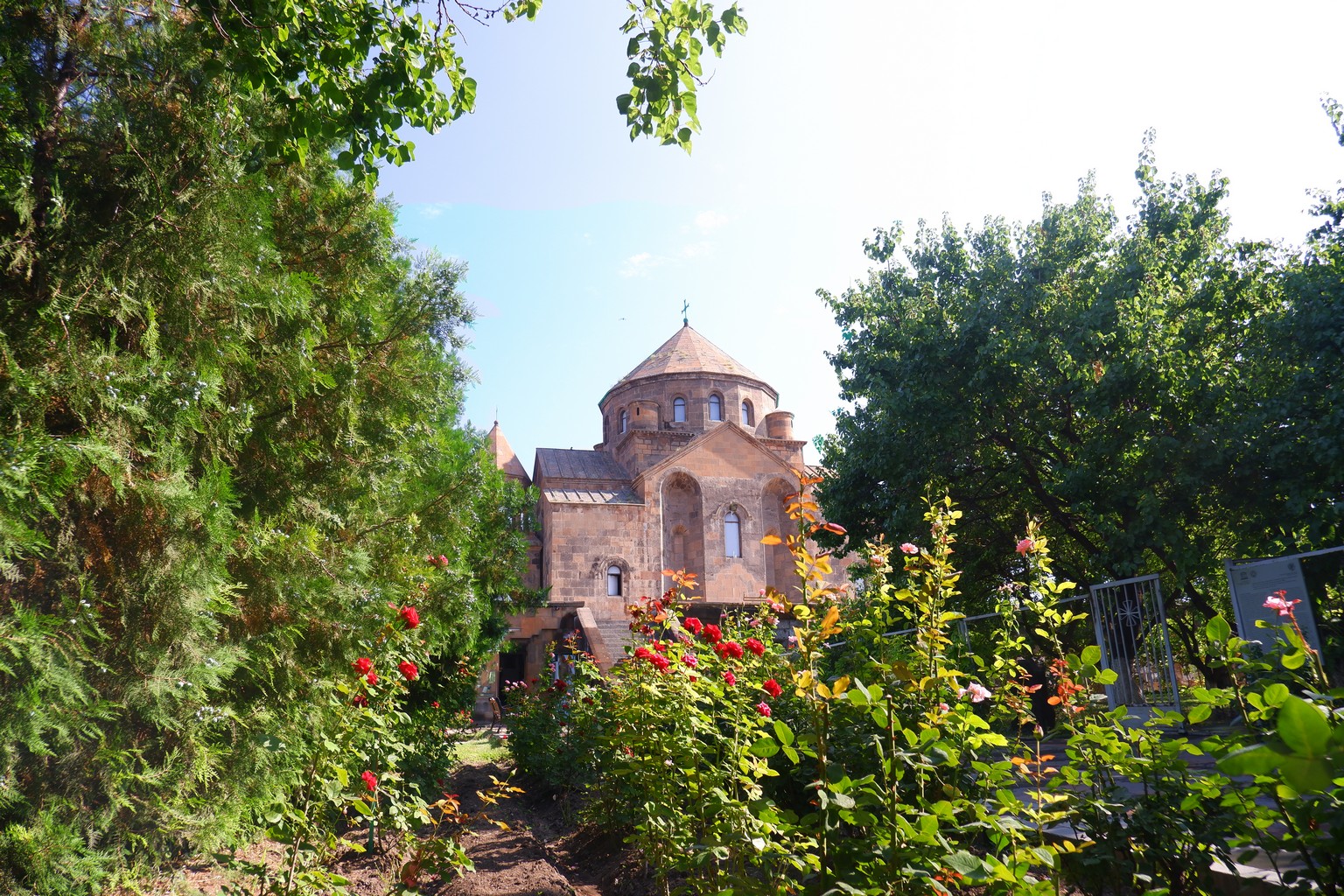 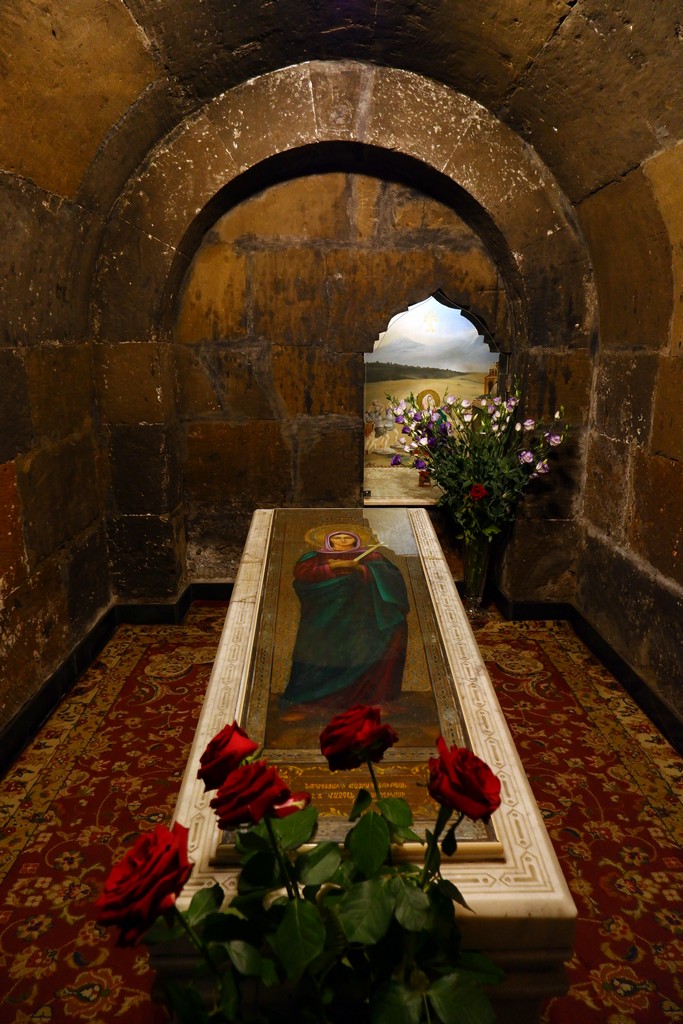 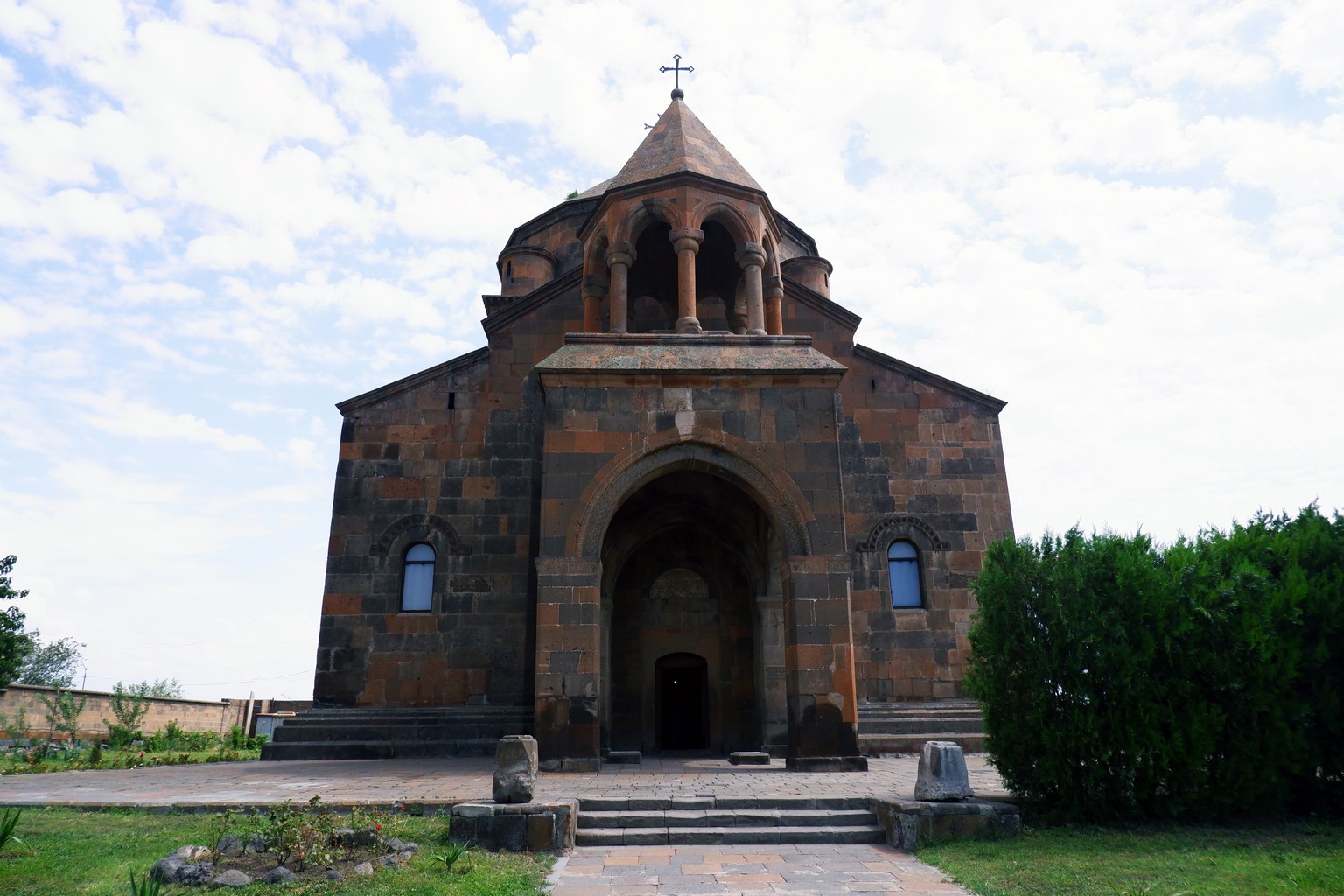 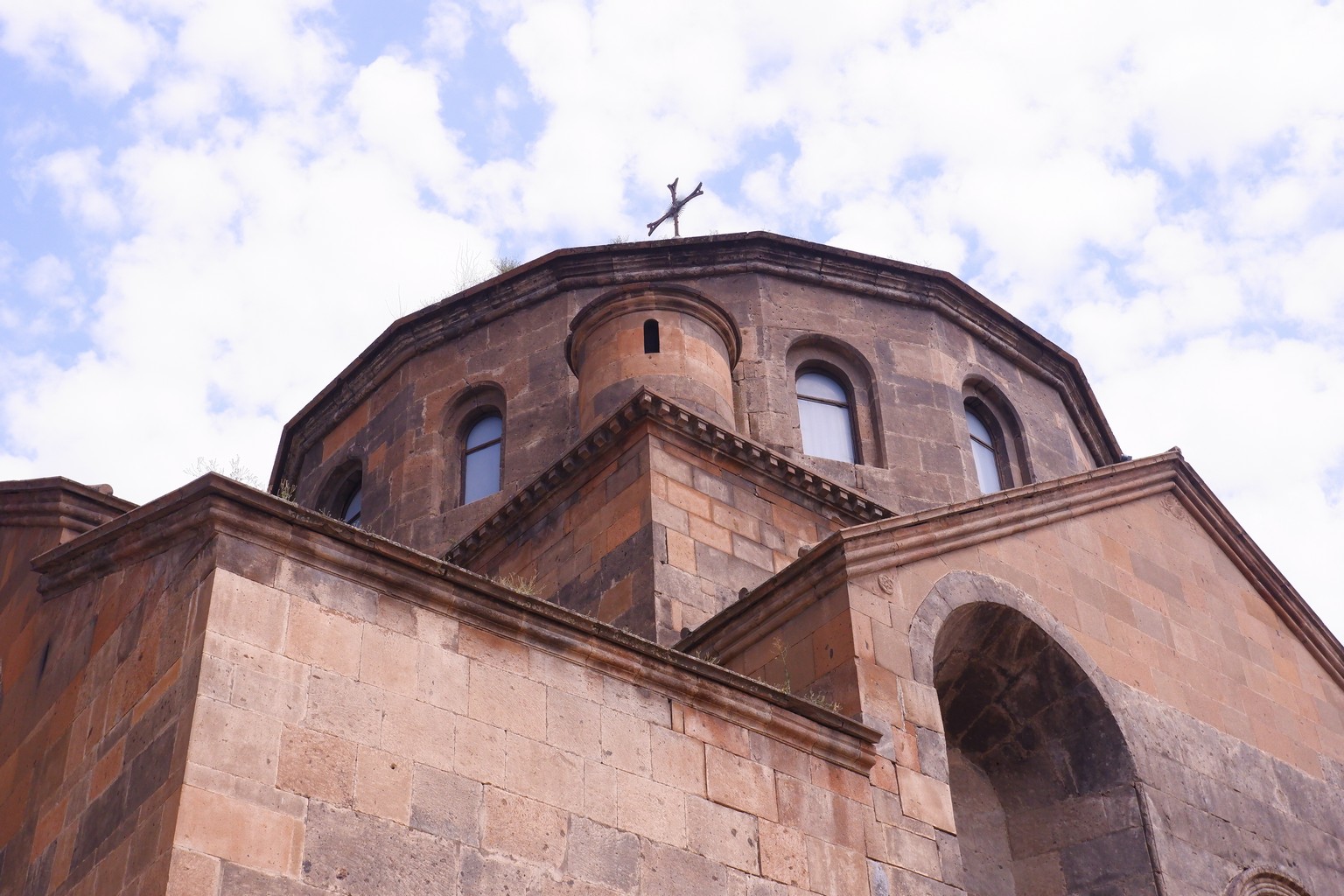 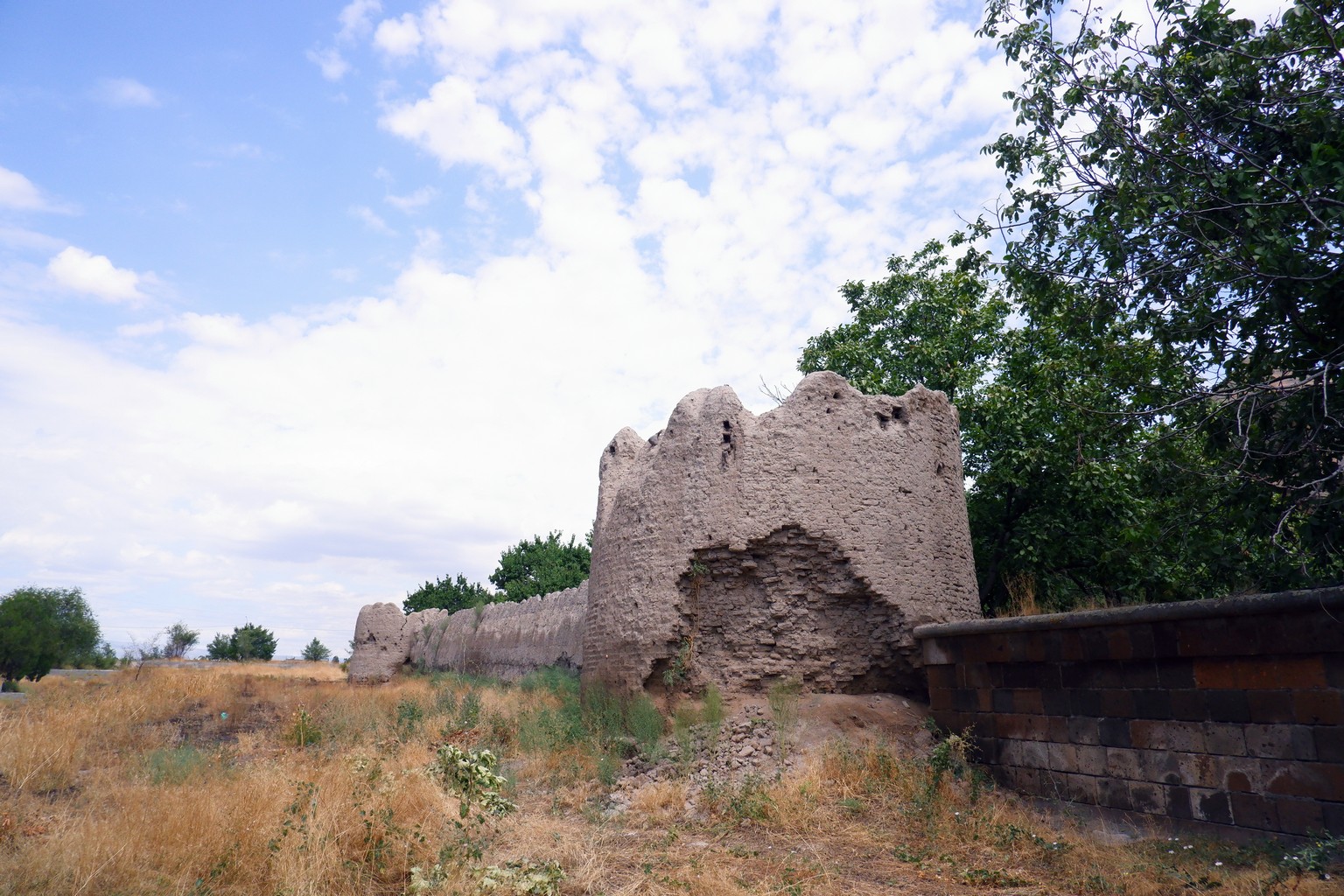 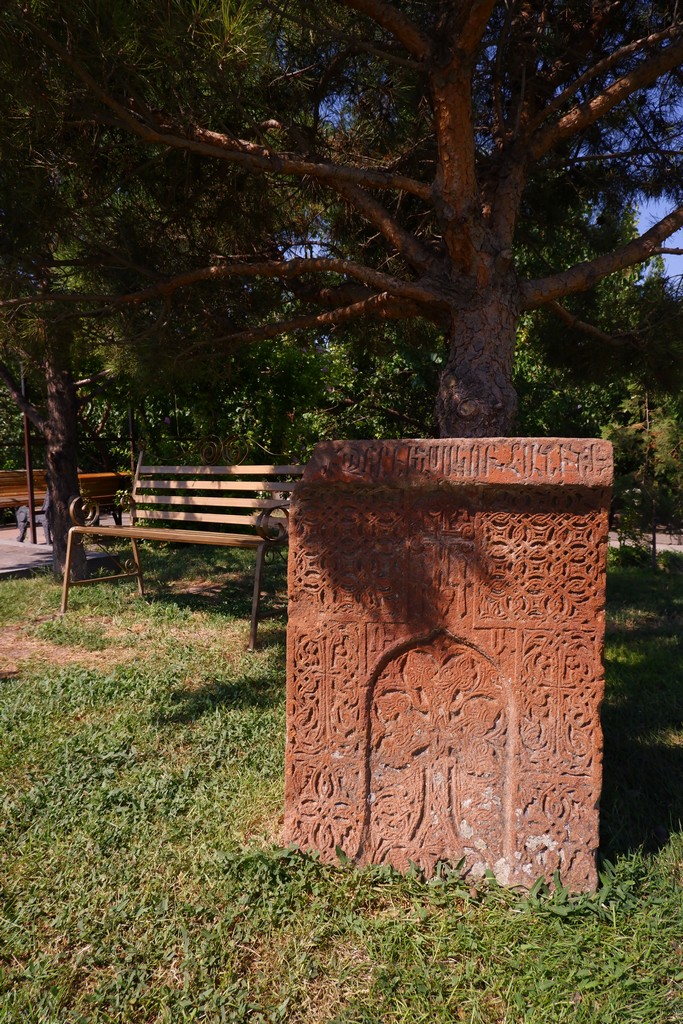 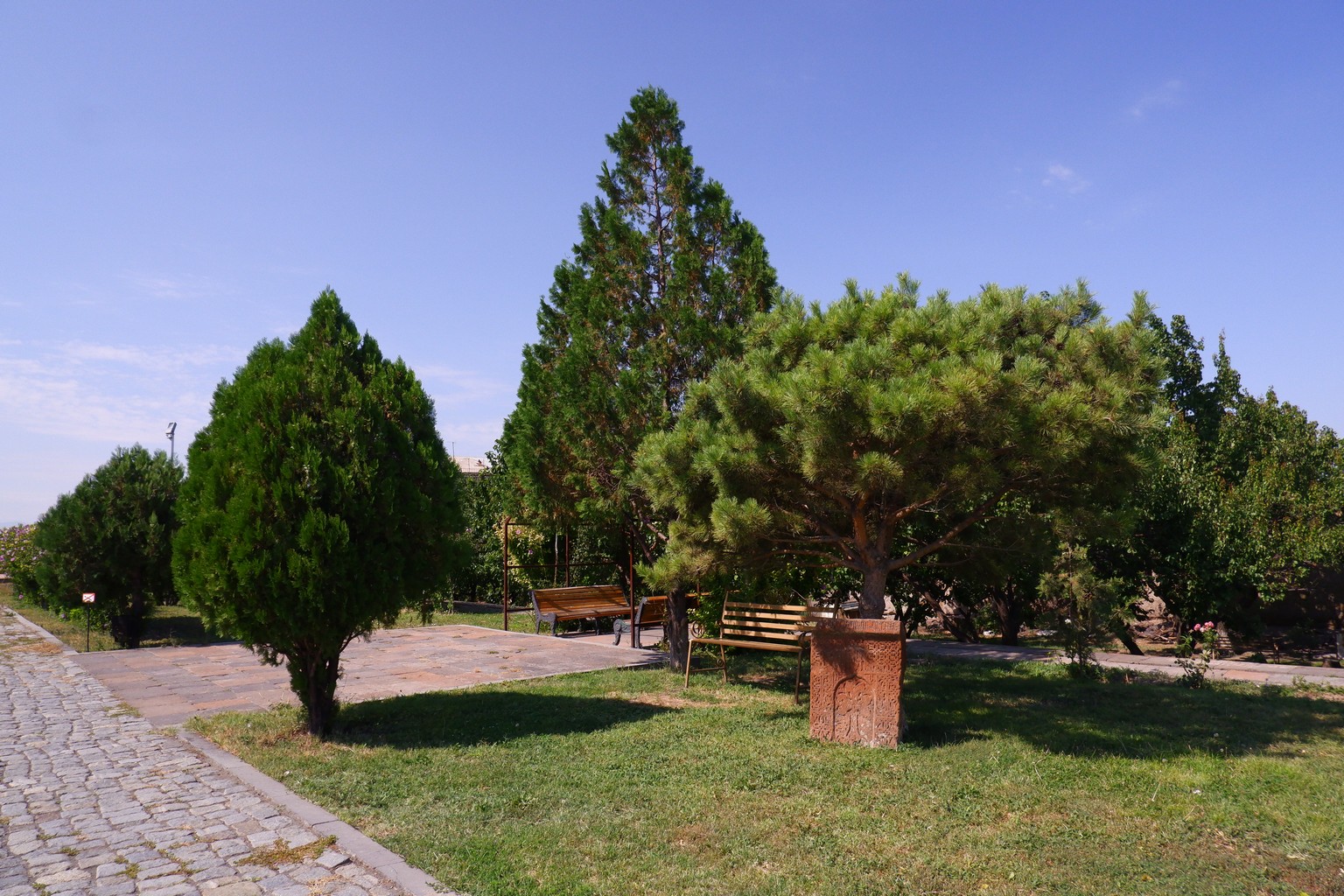 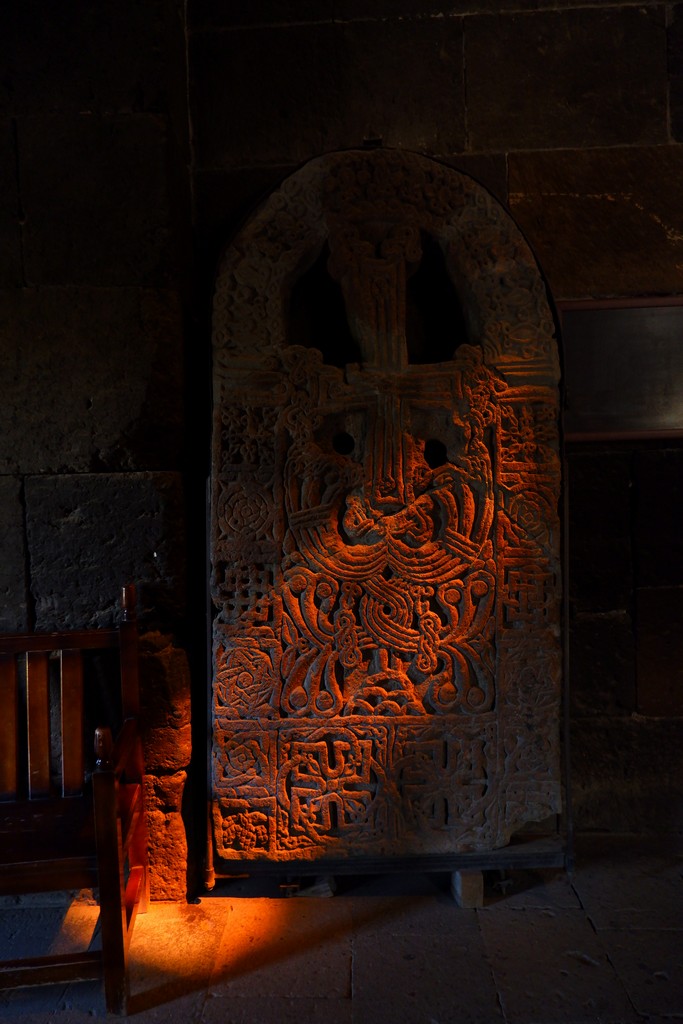 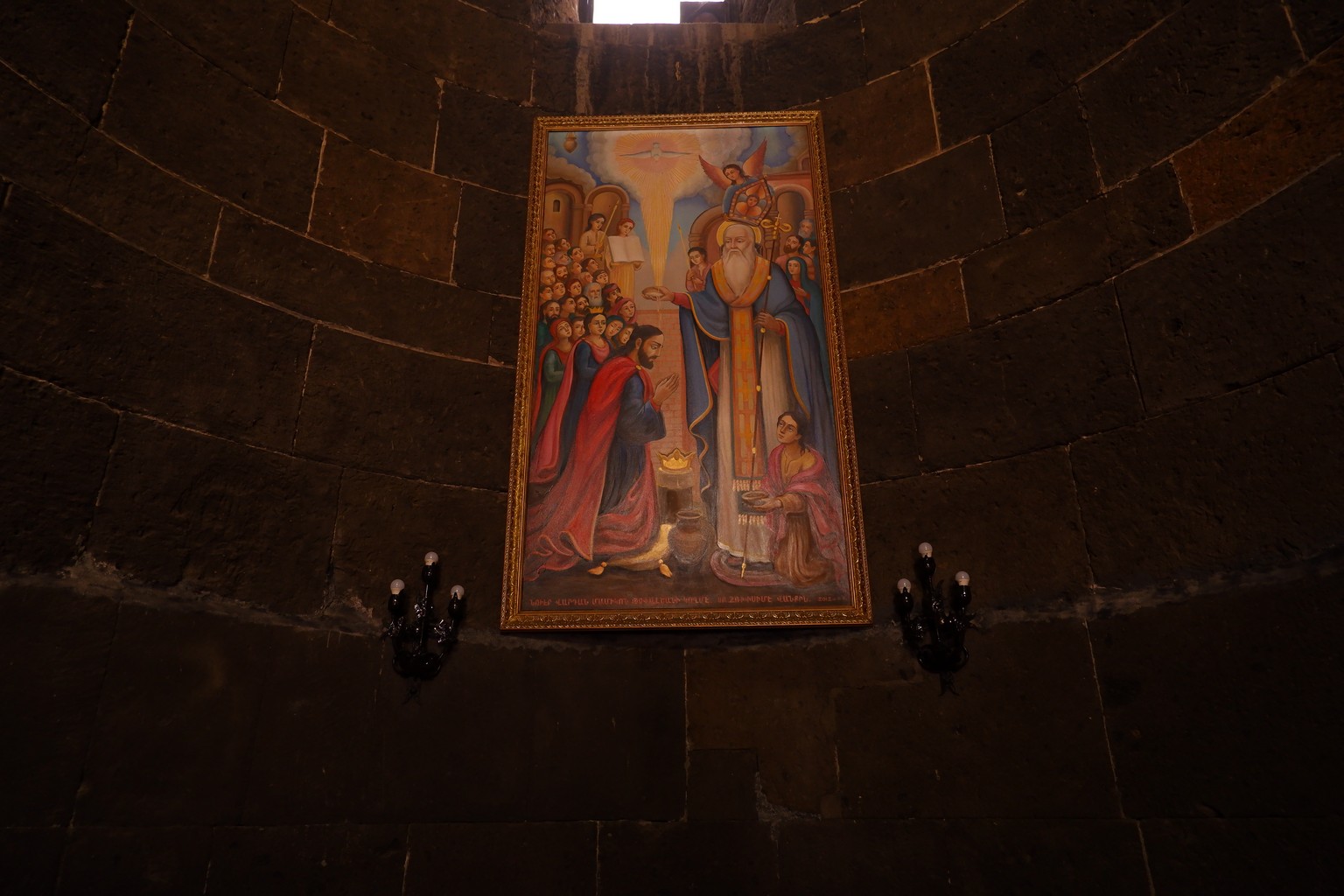 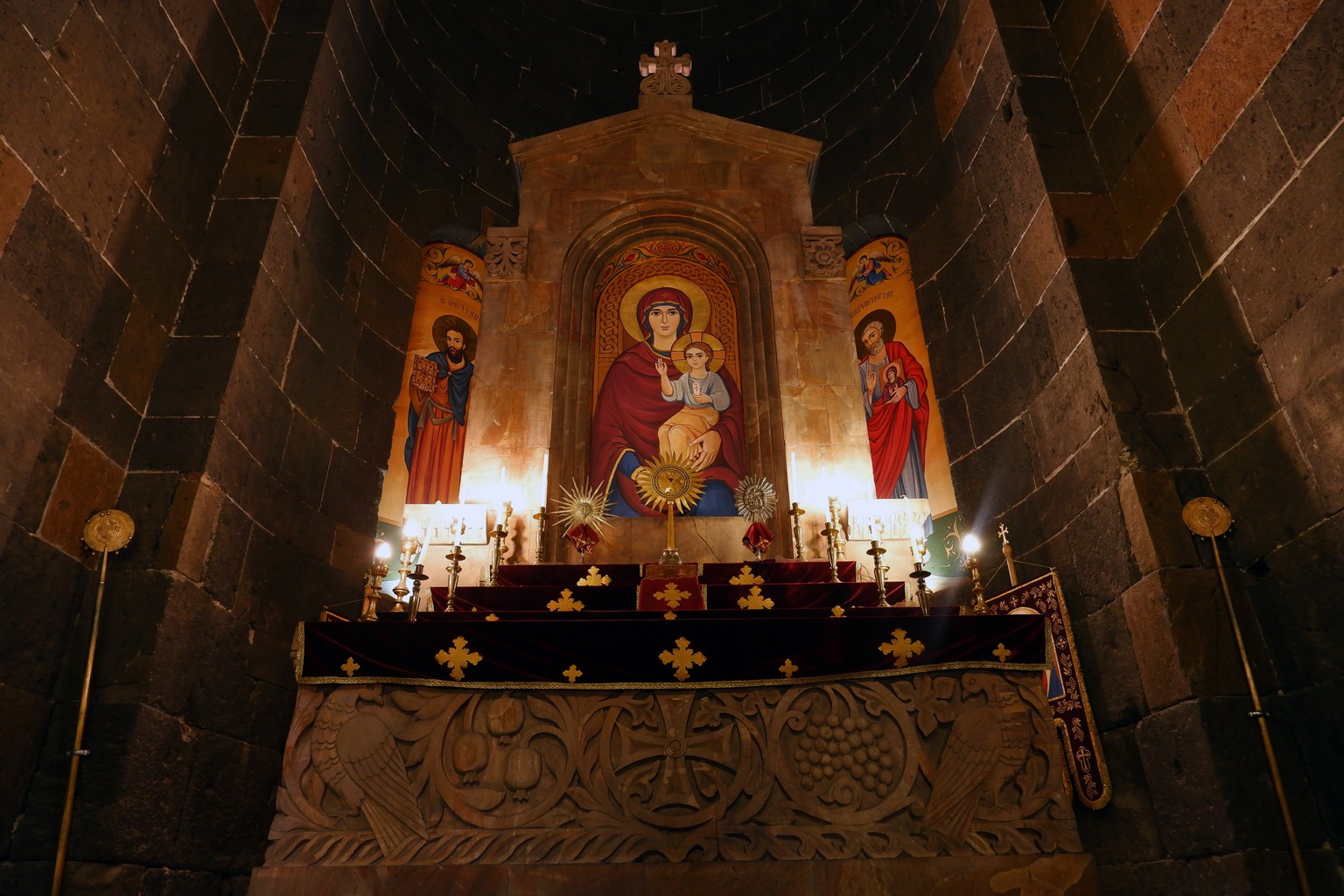 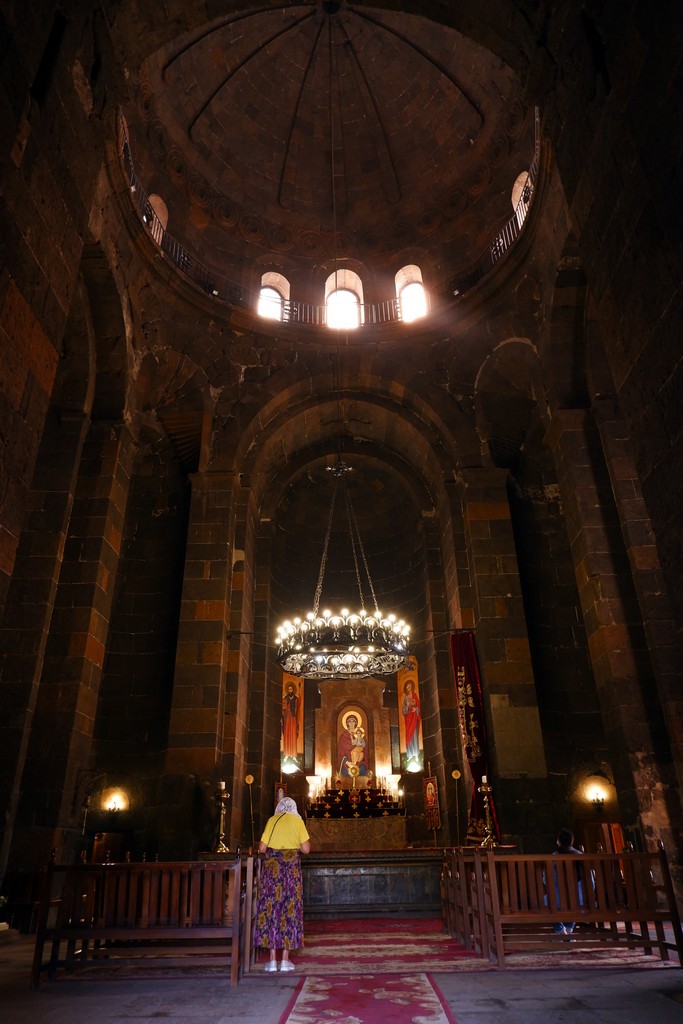 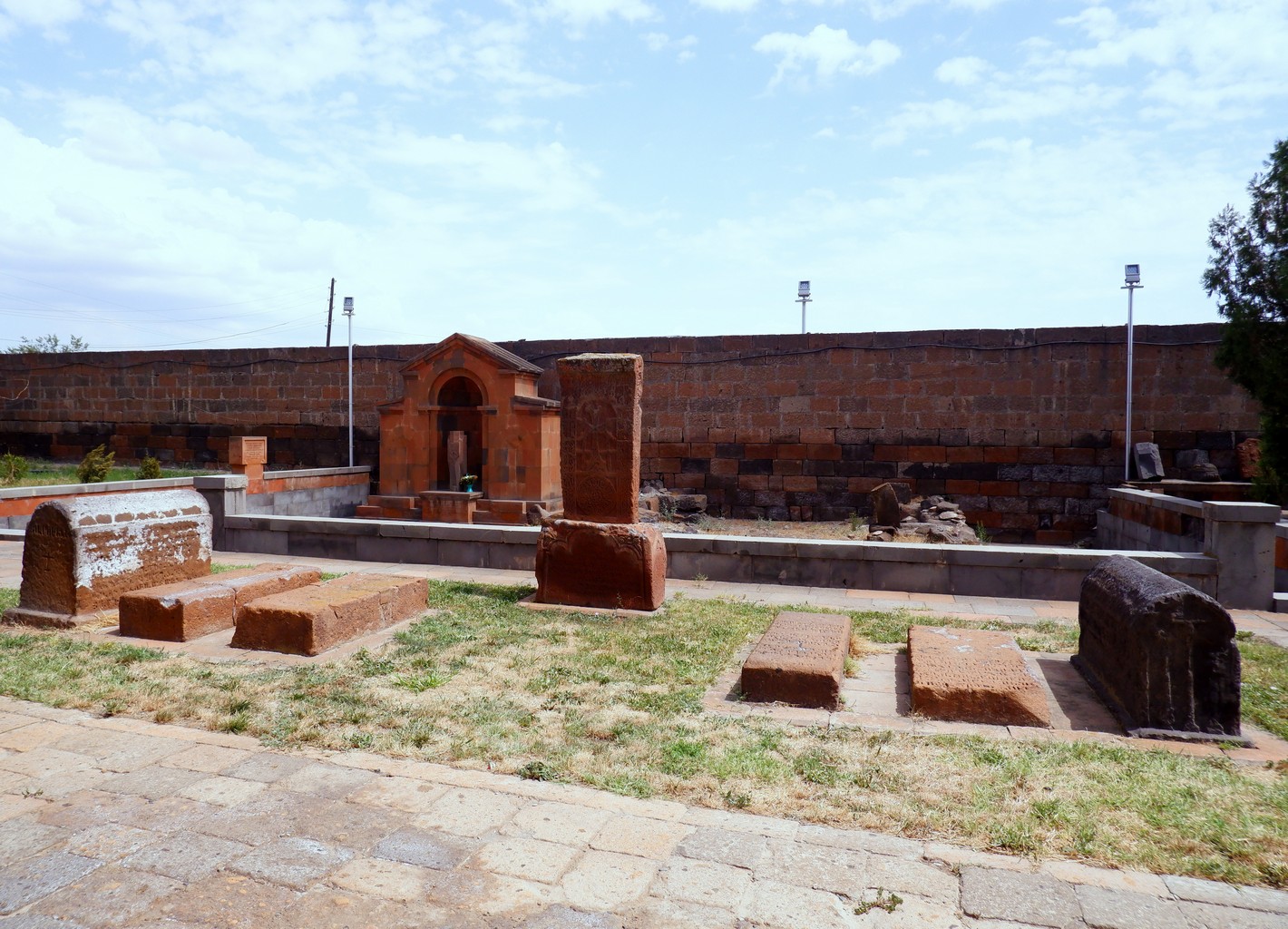 Wonderful Saint Hripsime Church is located at the beginning of Vagharshapat City (Etchmiatsin), 15 km south of Yerevan. The church is famous especially for the fact that the remains of the Virgin Hripsime were buried here (3rd century).

Fleeing from the persecutions of Emperor Diocletian (284-305), a group of nuns find refuge in Armenia, near Vagharshapat City.  Upon hearing about this from Diocletianus, and knowing that Hripsime, an adorable   lady from the princely house, is also among them,  the Armenian king Tiridates (Trdat) is enchanted by her beauty and wants to marry her.  But failing to achieve his goal, the angry king orders the nuns to be martyred.  However, he, along with his courtiers, is condemned to the Heavenly Judgment. Getting changed in appearance and suffering a mental disorder, he undergoes great suffering.  At that time St. Gregory the Illuminator is released from Khor Virap prison, whom Trdat also sentenced to death as a Christian. St.  Gregory brings Trdat and the whole court to the true faith with his preaching, and heals them with prayer.  And then they start to build martyrs on the remains of martyred virgins.

Later, on the initiative of Catholicos Komitas (615-628), on the site of one of those martyrs, where the remains of Saint Hripsime, this wonderful temple was built, under tabernacle of which is the Tomb of St. Hripsime.  The tomb of one of the famous Armenian patriarchs, PhiliposSkanchelagorts was also buried inside the temple.

The temple underwent renovations over the centuries, a bell tower was added.

St.  Hripsime Church is one of the most refined examples of the spiritual structures of early medieval Armenia and is one of the most complex setup of Armenian architecture.  This setup reaches its perfection in this temple, after which such churches are called “Hripsime-type”.

St. Hripsime Church has great seismic resistance, it is built with many tricks to resist earthquakes.

Currently, this shrine is one of the famous pilgrimage sites of Armenia, the doors of which are also open to tourists.

St. Hripsime Church is located at the very entrance of Etchmiadzin, the Armenian spiritual center.

Travel to the most notable holy destinations in Armenia. including Saint Hripsime Church

Reviews for the Saint Hripsime Church