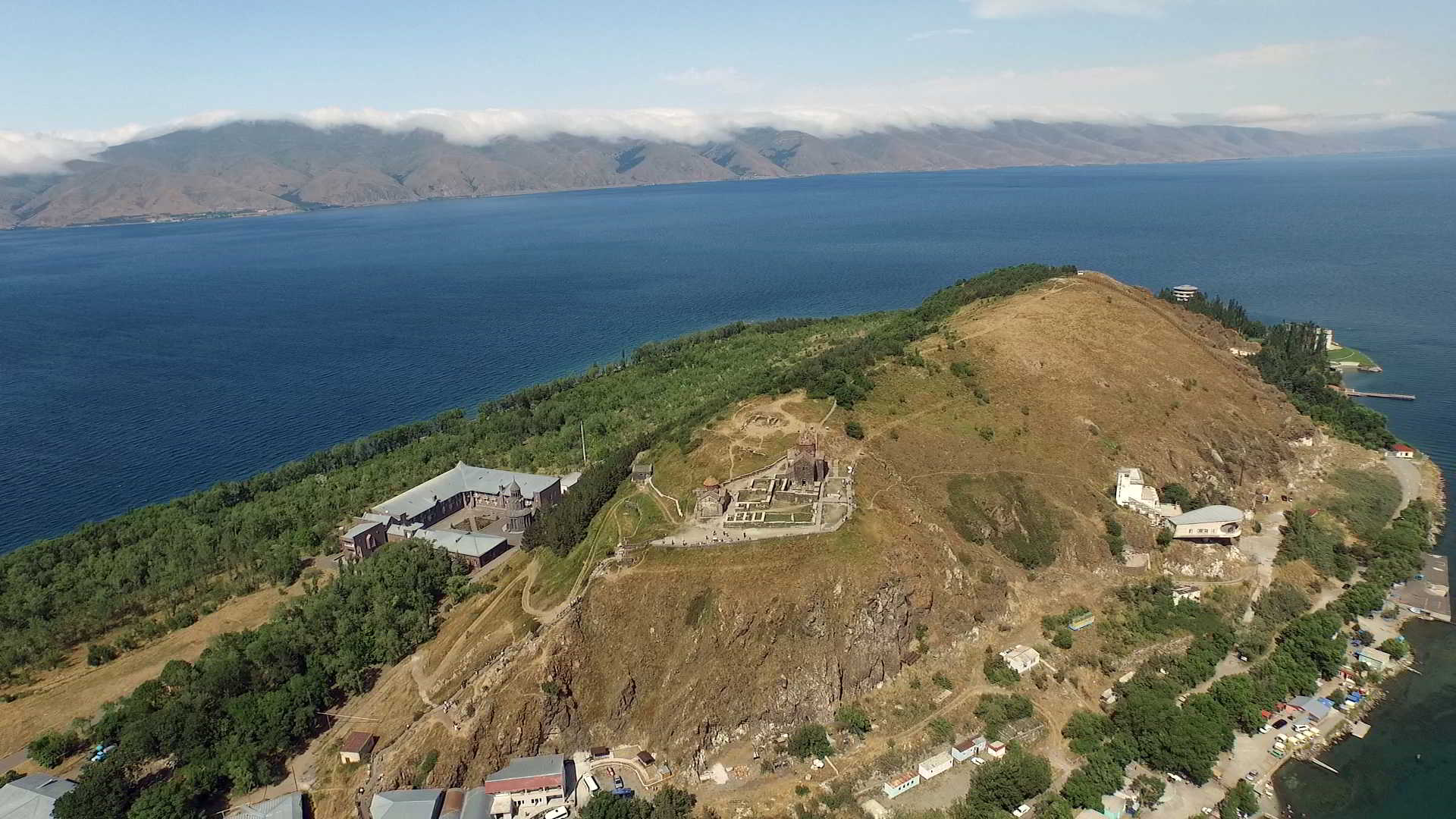 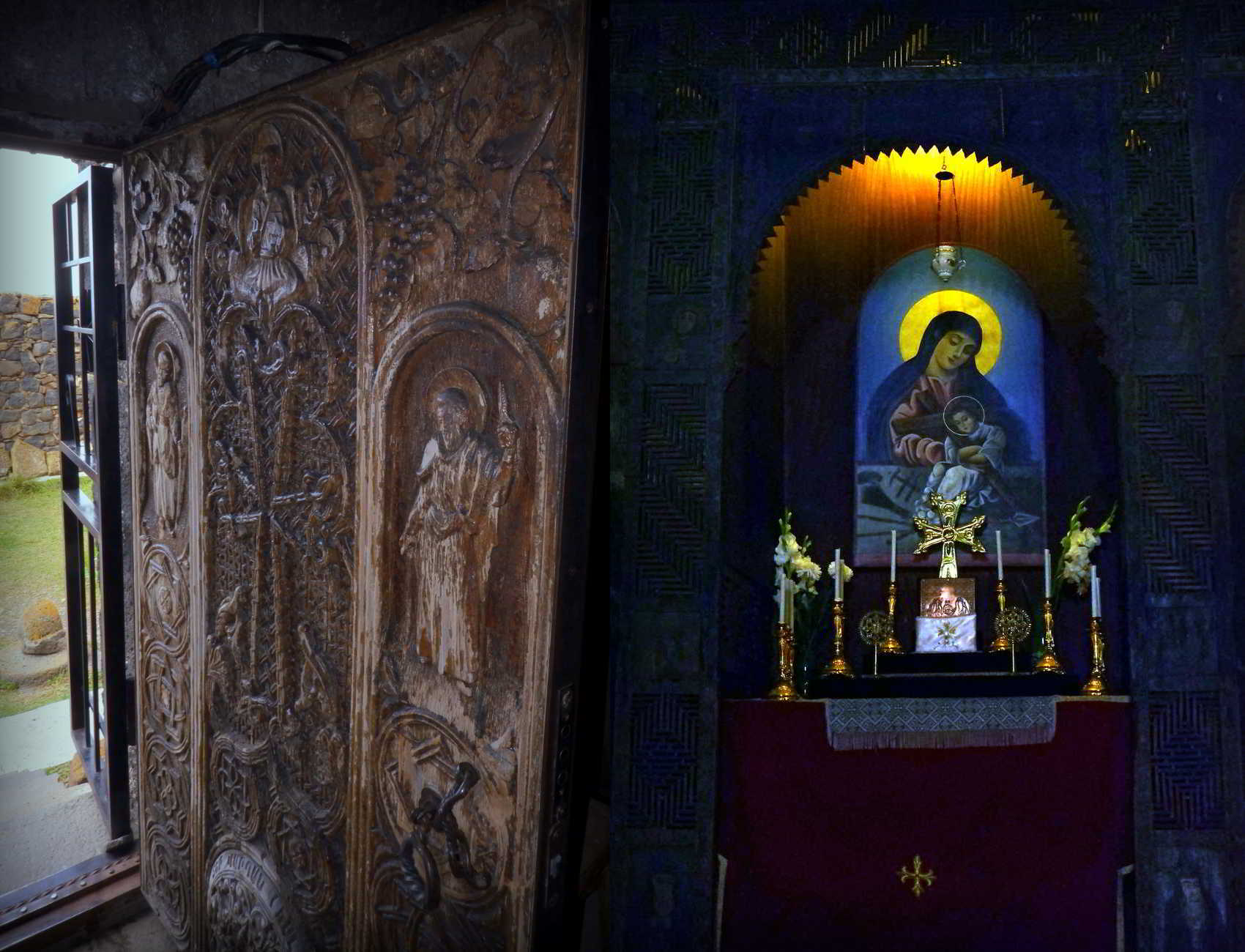 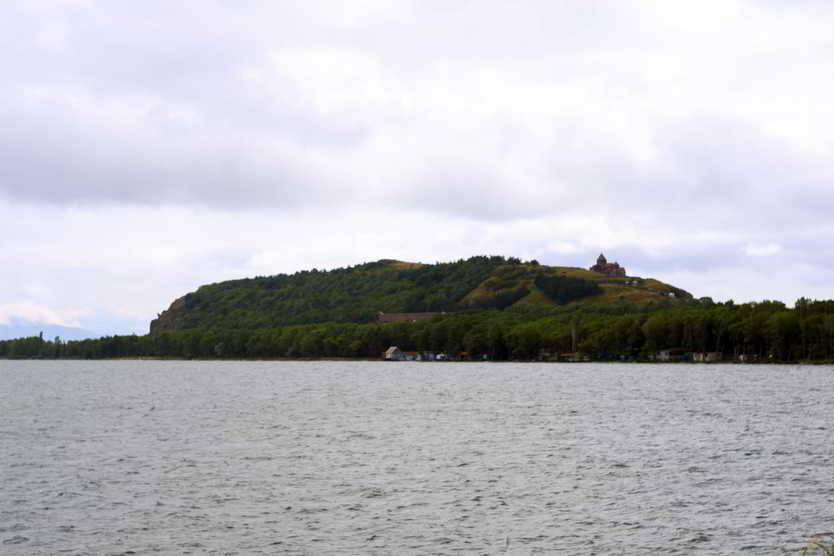 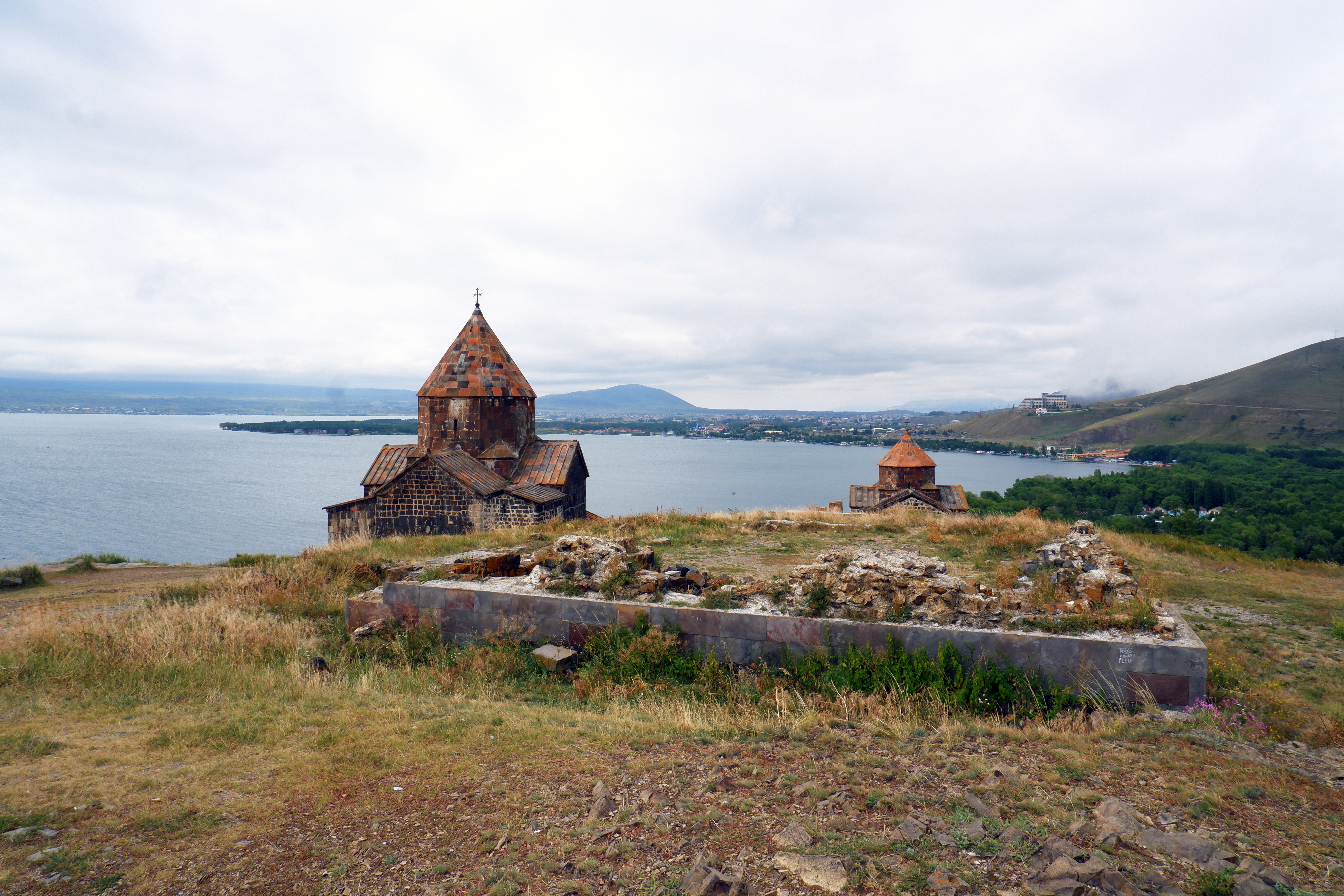 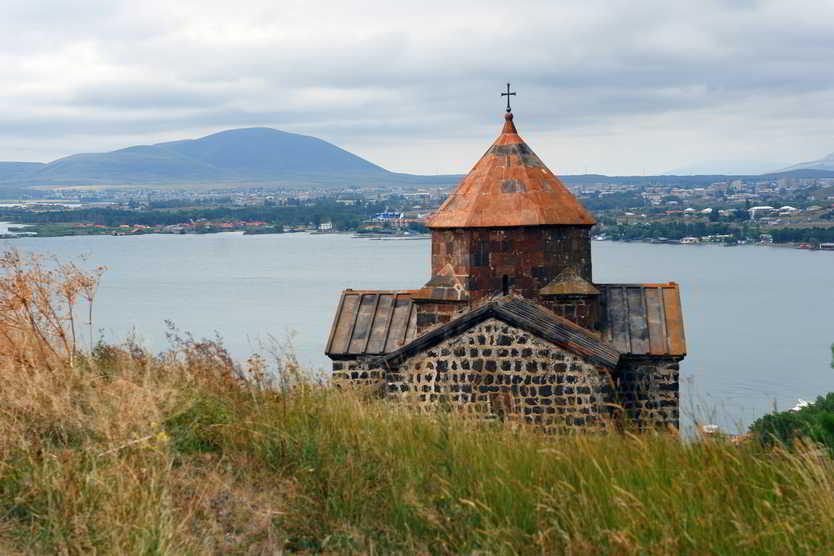 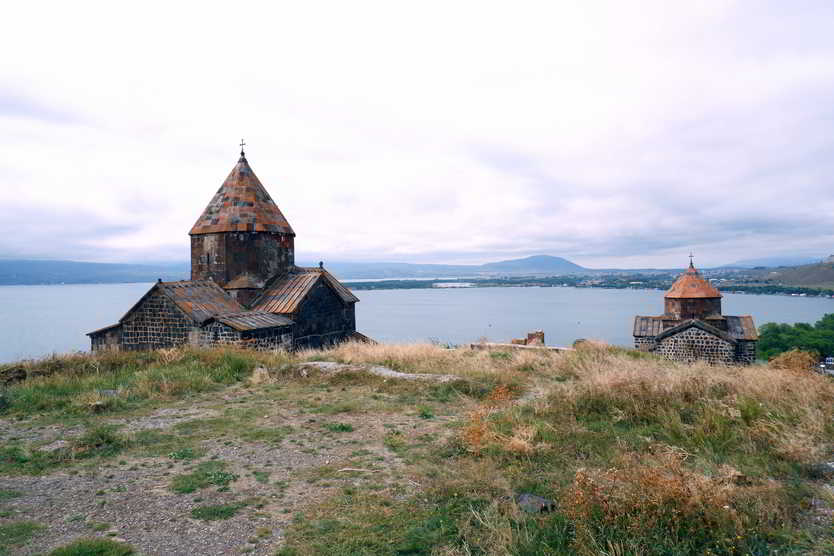 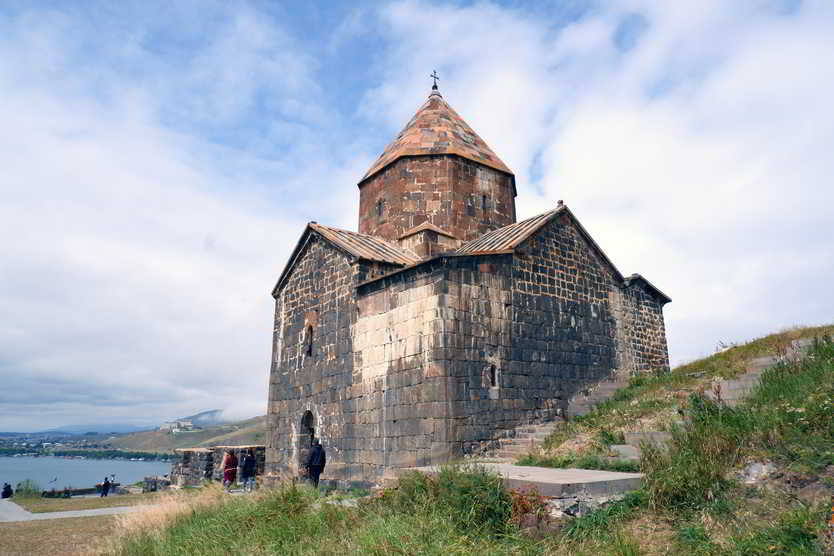 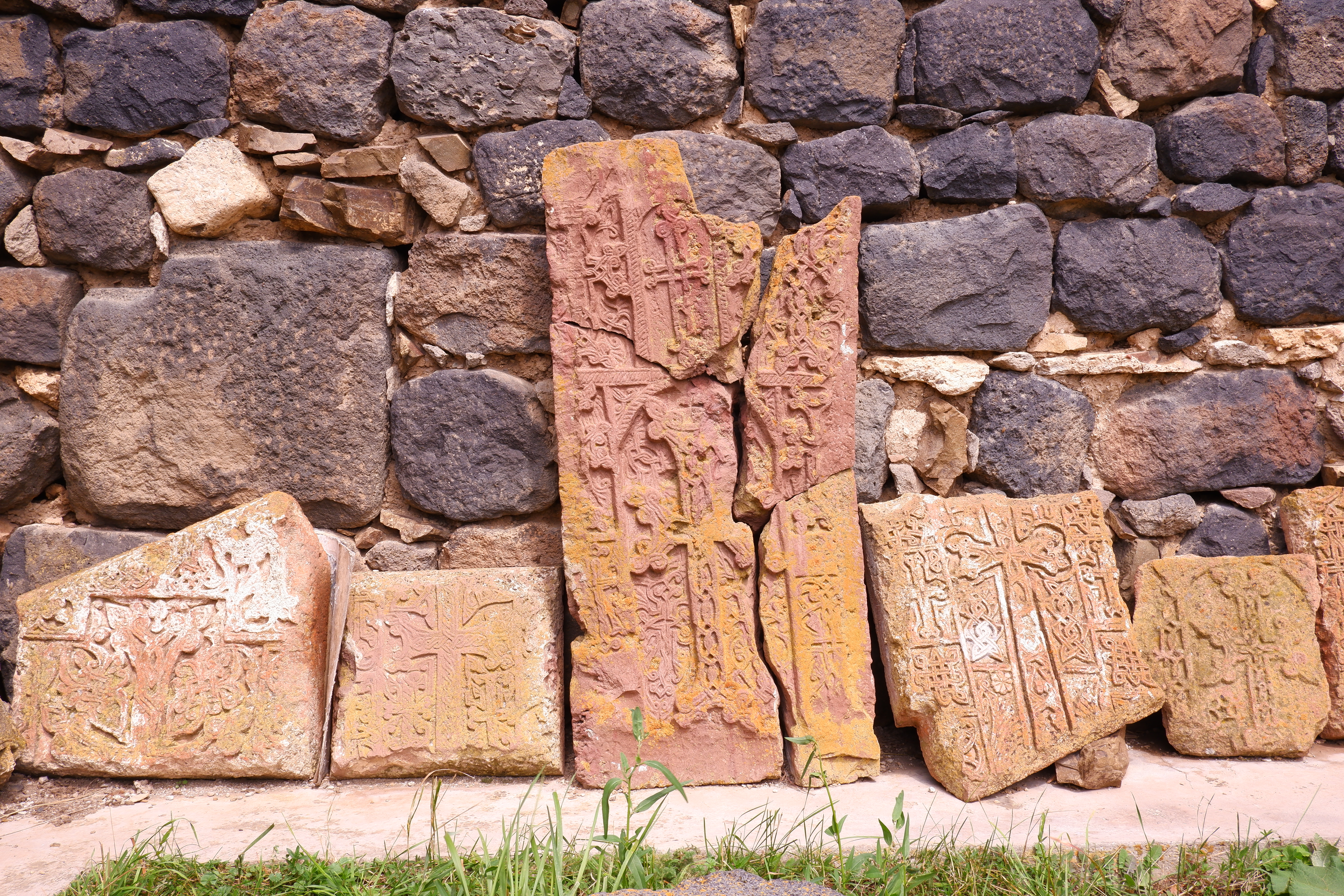 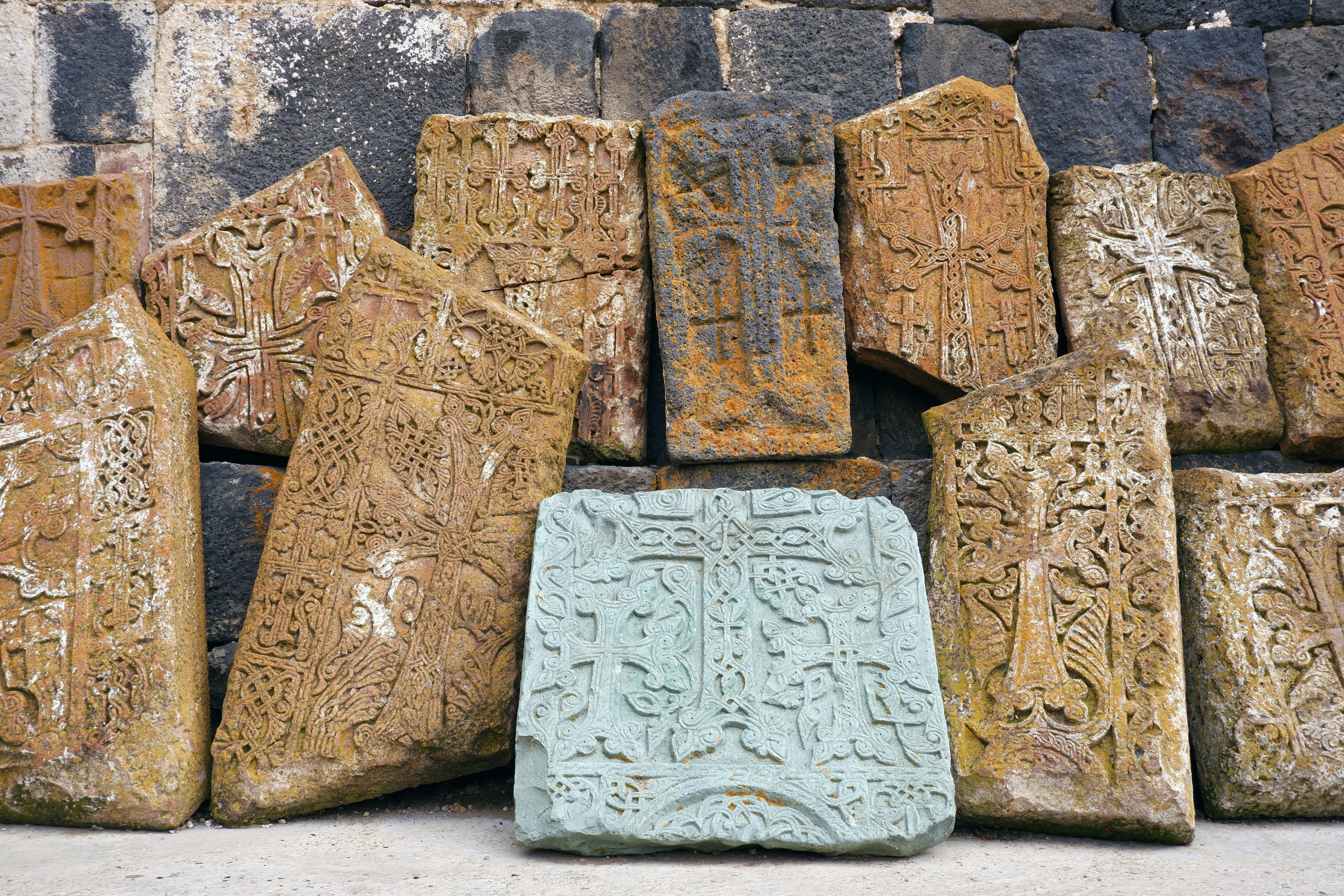 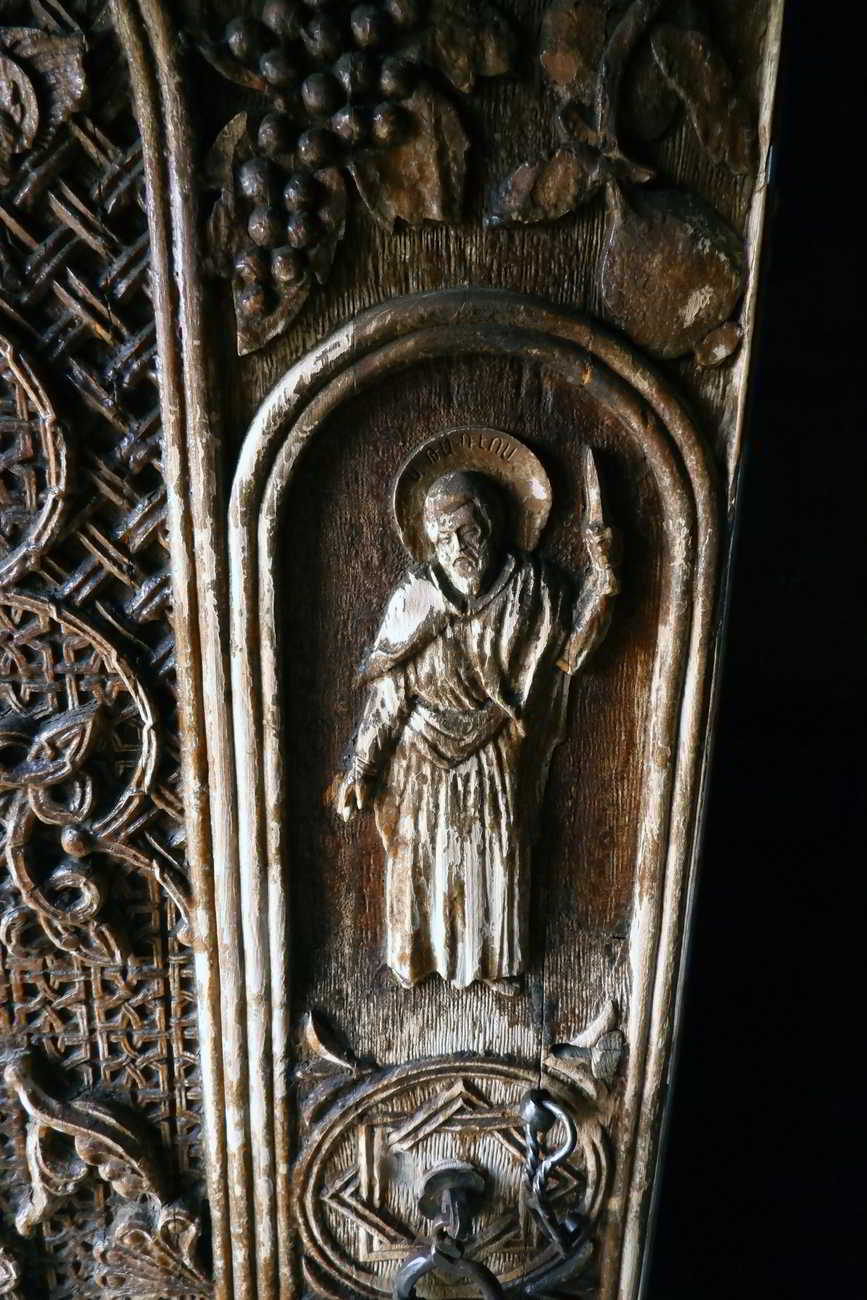 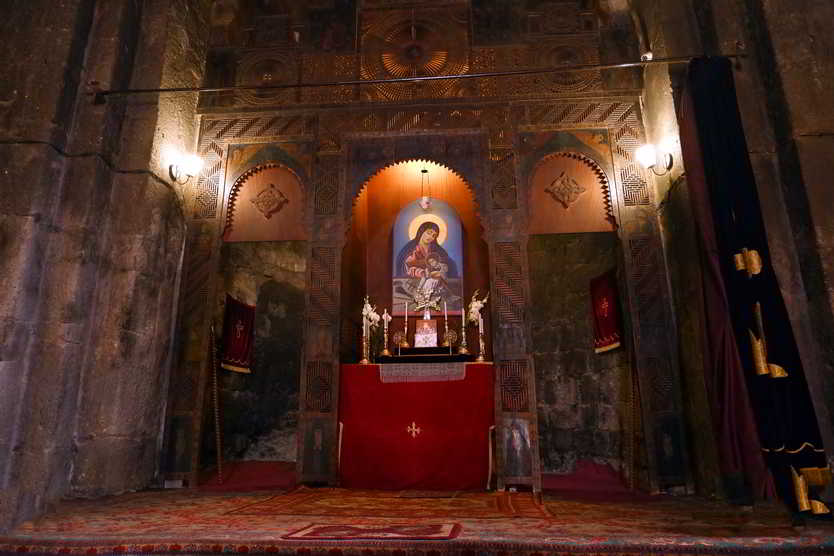 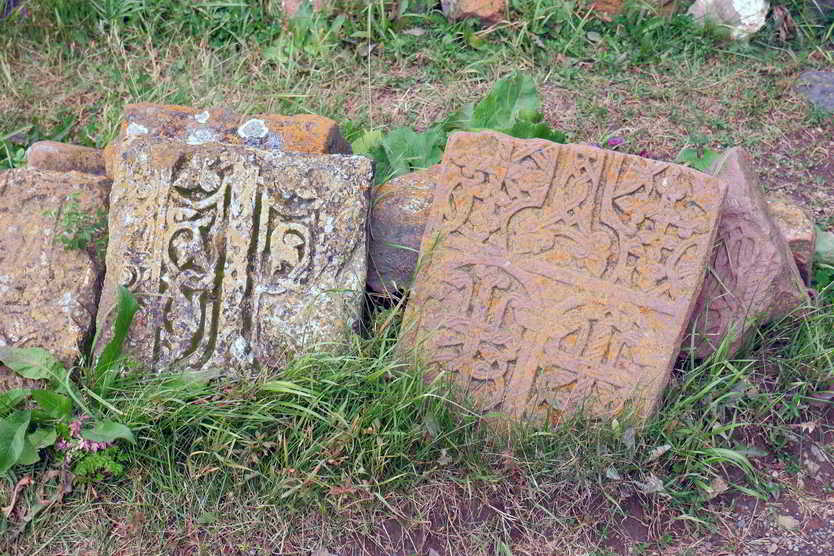 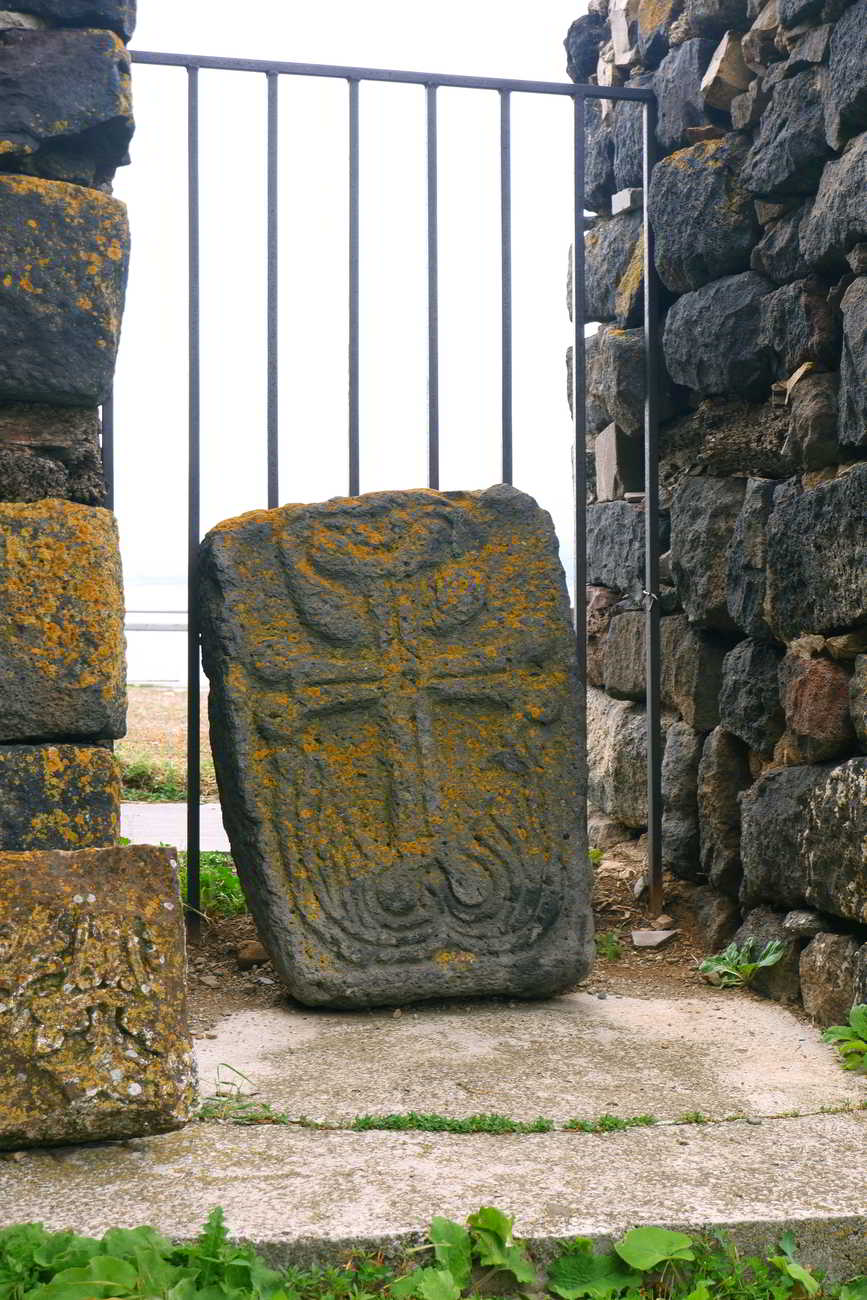 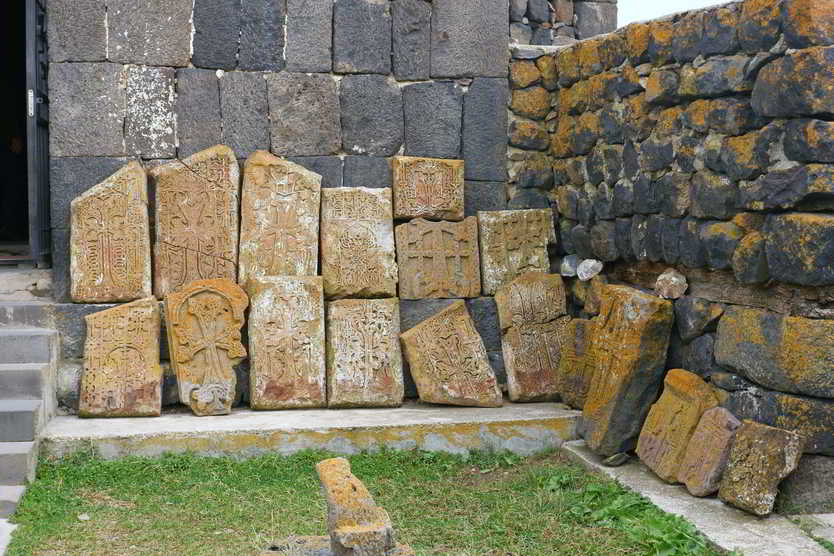 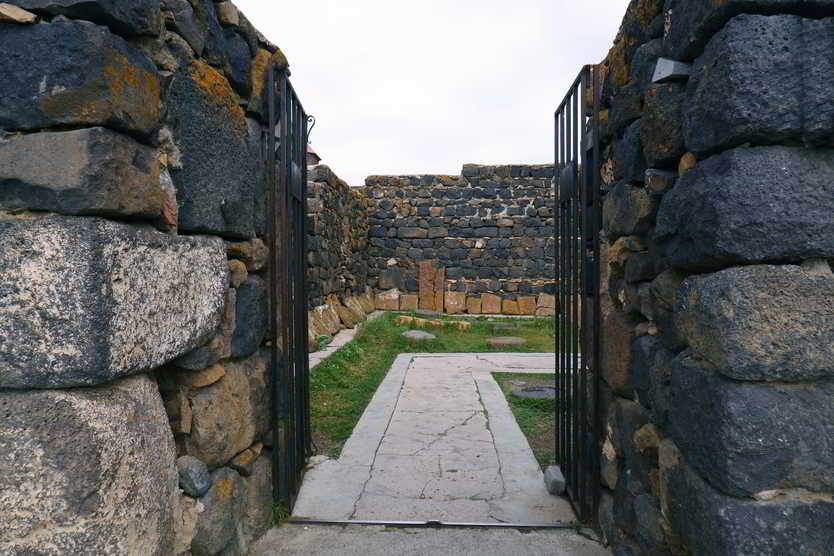 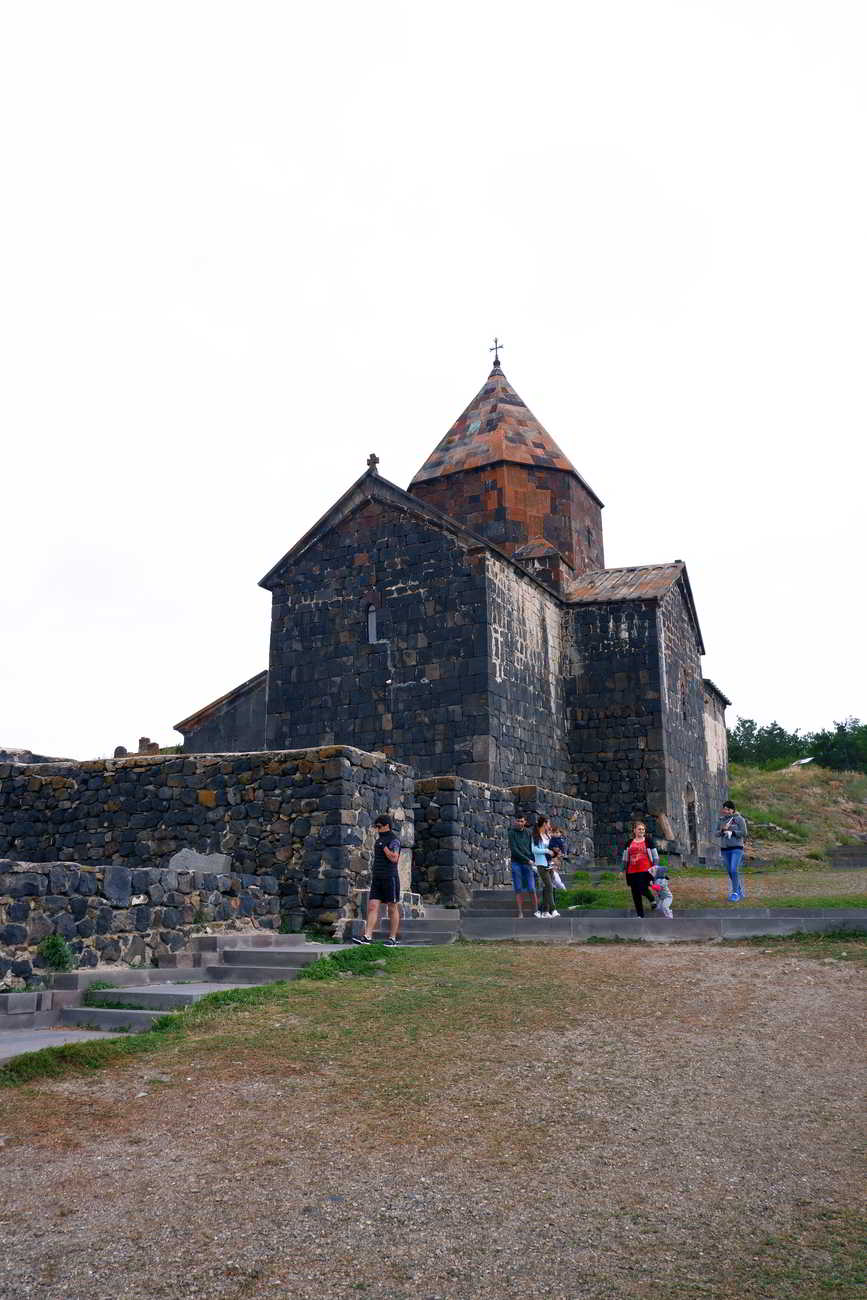 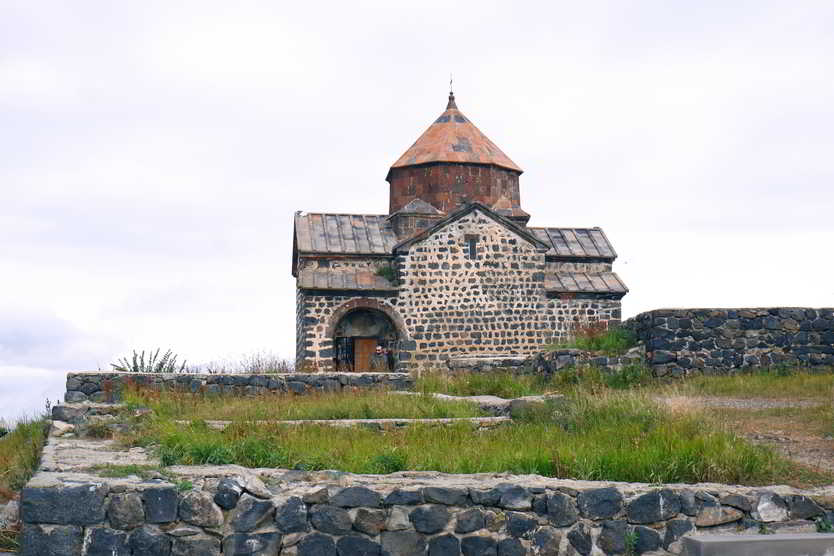 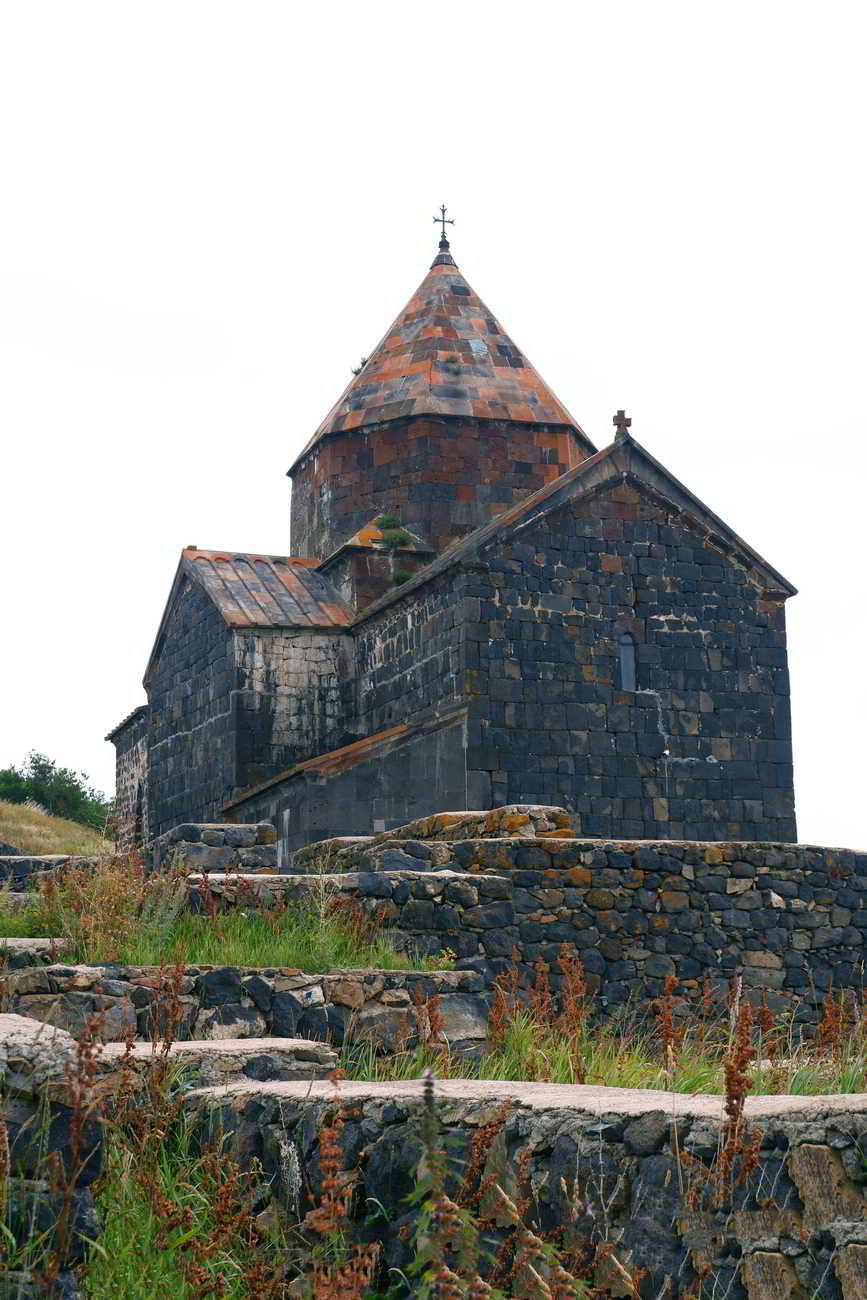 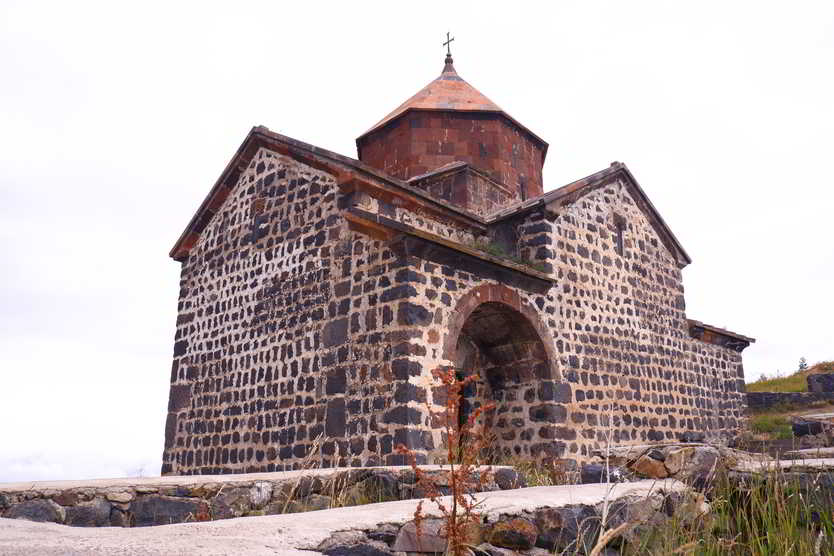 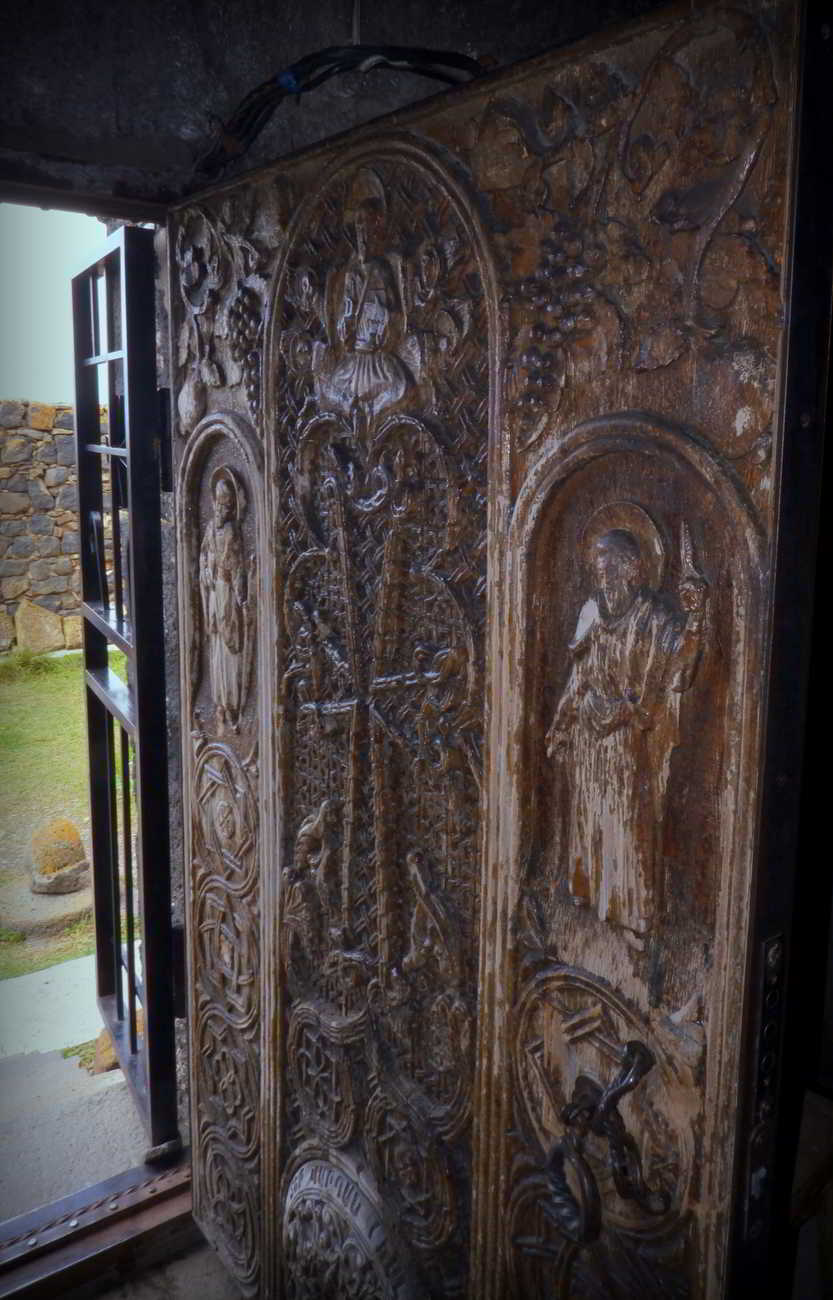 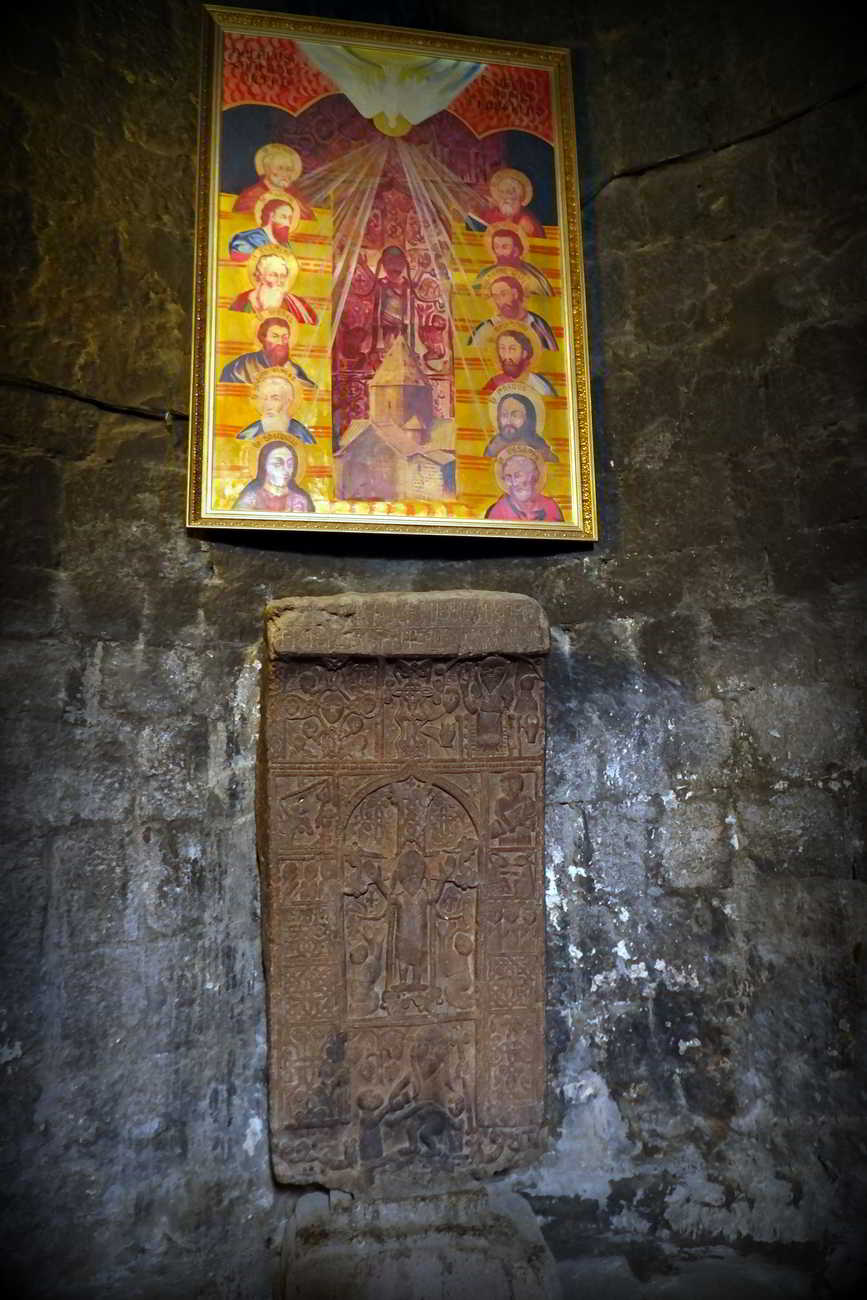 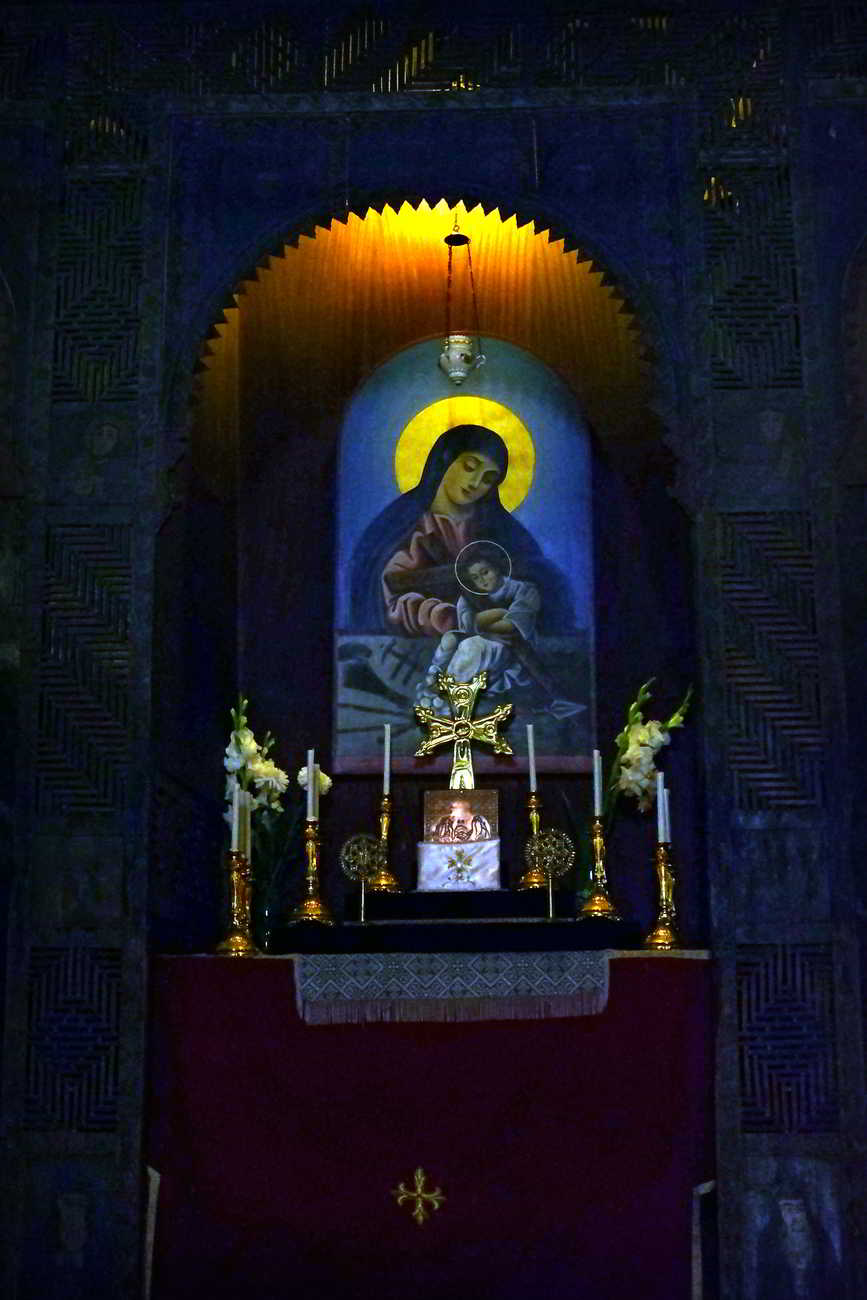 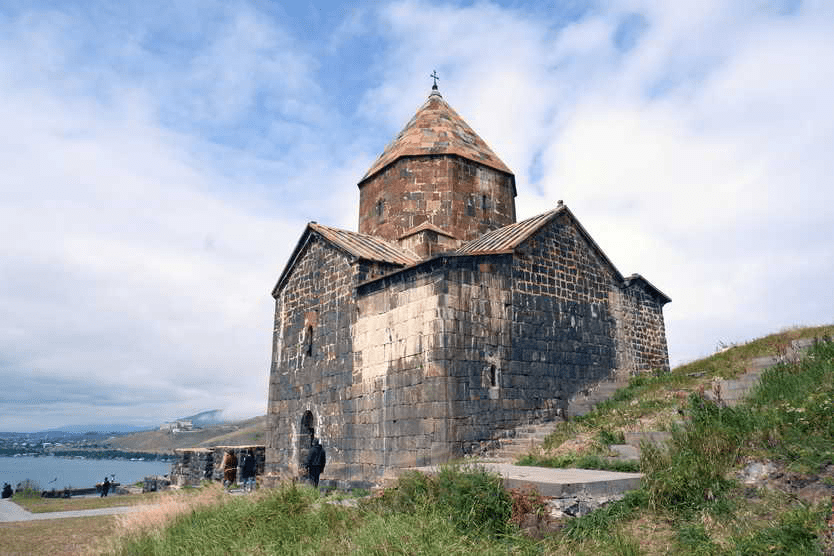 Sevanavank is located in one of the most beautiful places in Armenia, on the peninsula of Lake Sevan.  Lake Sevan is a large alpine freshwater lake in the Gegharkunik region of Armenia, at an altitude of about 1900 meters above sea level.  It is the second largest freshwater lake on Earth after Lake Titicaca in South America.

As a result of both natural and artificial interventions the lake level has changed over the centuries.  During Soviet times, the water level was lowered for irrigation with electricity, which turned the island into a peninsula.

At that time, it turned out that in the Bronze Age, the water level was the same as it is today, because when the water level was artificially lowered, tombs that were 3200 years old appeared in waterless territories, from which excavated antiquities brought great fame to the ancient world called “The Ancient City of Lchashen”.

Sevanavank is one of the monasteries in Armenia, which was once visited by St. Gregory the Illuminator and founded a sanctuary, which eventually turned into a monastery, like other sanctuaries he founded.  At the end of the 9th century, a church on the island was built by Princess Mariam.  At that time, the abbot of Sevanavank was the great Mashtots Yeghivardtsi, who later sat on the patriarchal throne of the Armenian Church, in his time began to flourish both spiritually and materially.

Prince Ashot Bagratuni presents a cross made of wood of the Lord’s cross.

He lived and worked here in the 10th century.  10th century historian, Catholicos Hovhannes Draskhanakertsi, King Ashot II (Ashot Yerkat) also took refuge in the monastery.  During the Mongol, Langtemur and other invasions, the monastery was plundered and destroyed, left unattended.  The restoration of the monastery began with the rebirth of the Holy See in the Mother See of Holy Etchmiadzin in 1441.

The monastery was closed during the Soviet years. Since 1990, the monastery has been undergoing a revival since then, and there is a kindergarten here.

The monastery is visited by members of the community, many pilgrims come from different regions, the monastery is a well-known place for many tourists.

There is a little more than 50 kilometers to Lake Sevan from Yerevan, the road here is good, so this distance can be covered by car in 40-45 minutes. Numerous hotels and sanatoriums were built on the beaches of Sevan both in Soviet Uniojn times and during the period of independence. The most famous is Northern coastline, which stretches for 2.5 km near the peninsula. The lake water is suitable for swimming, summer temperatures are suitable for sunbathing

Reviews for the Sevanavank