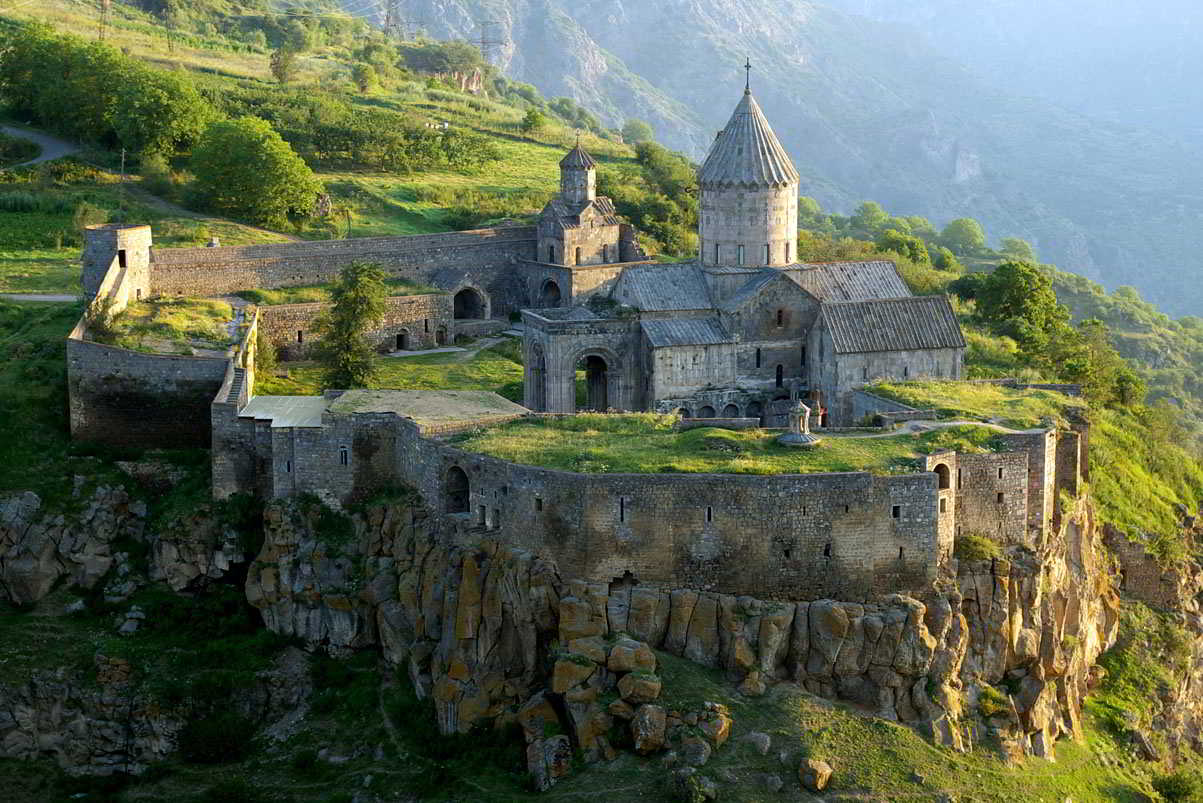 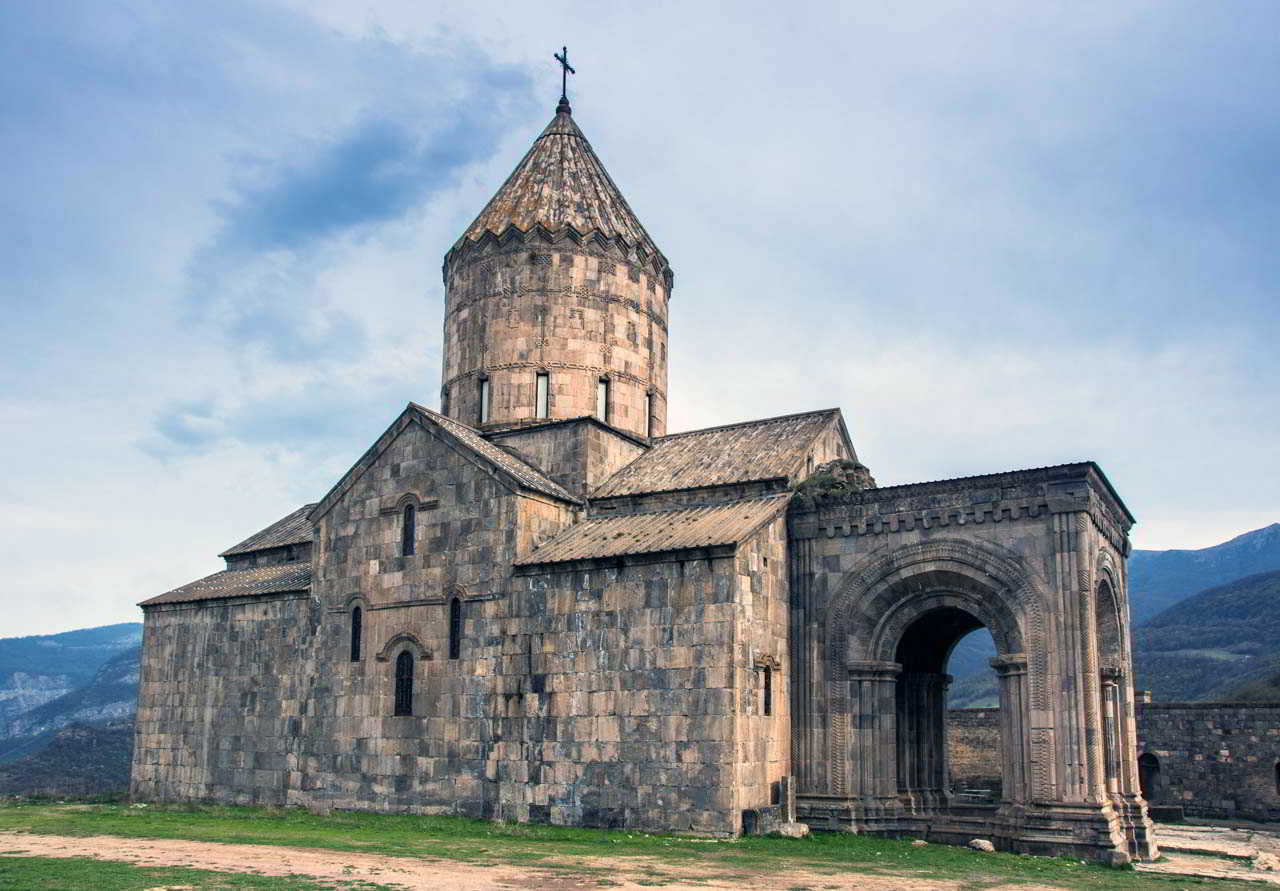 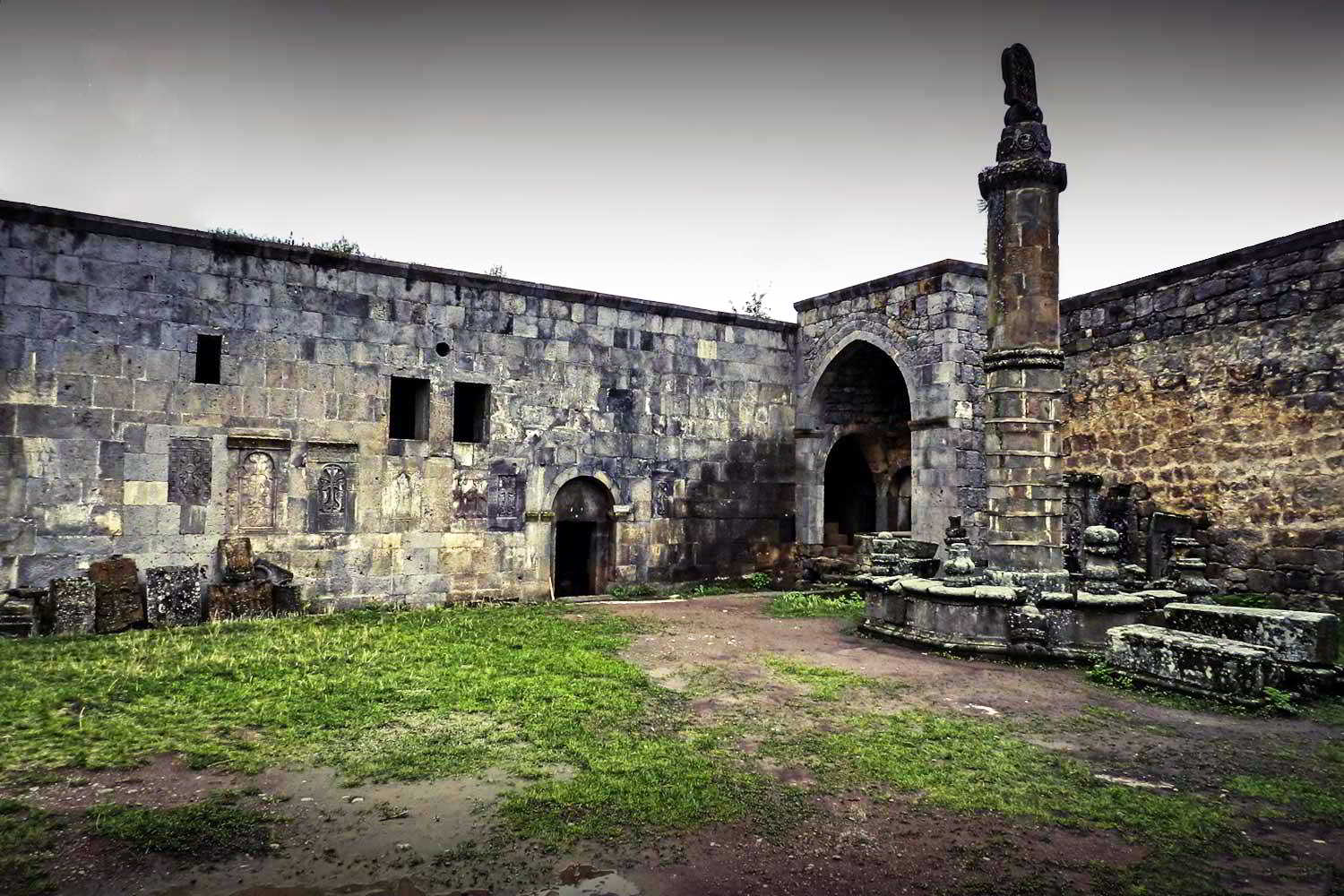 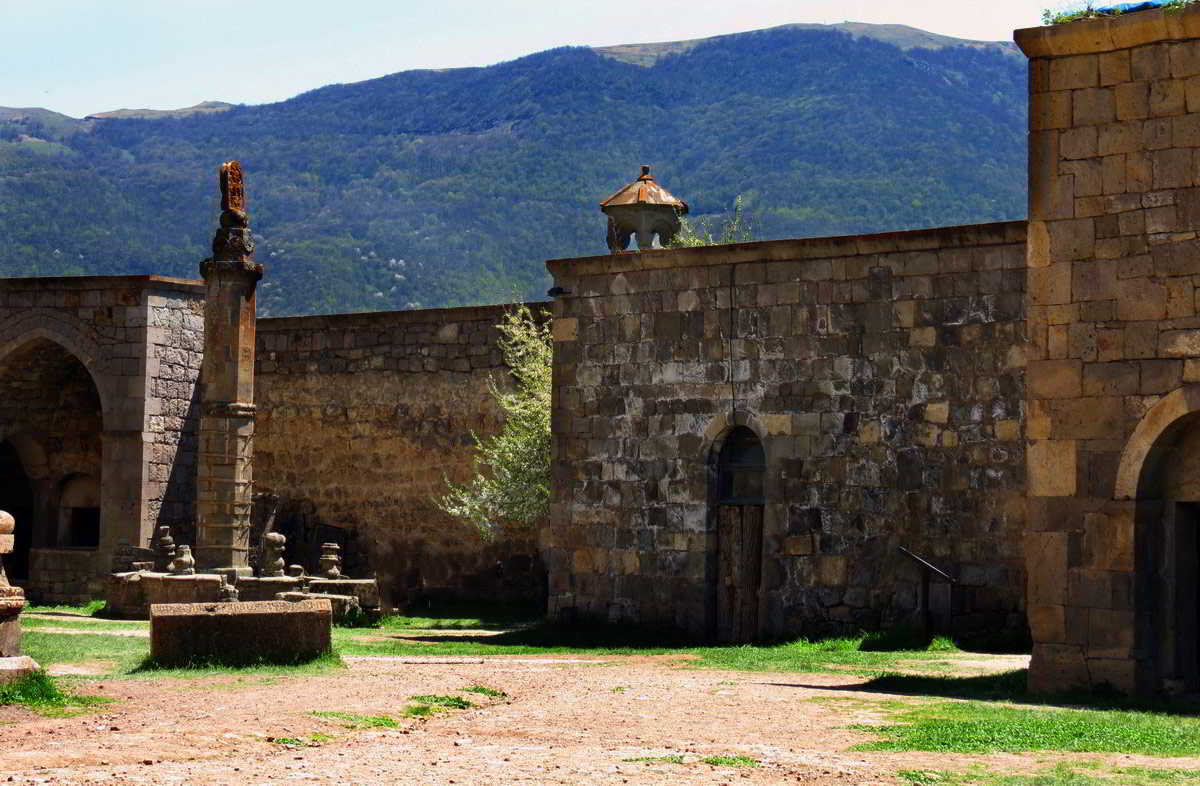 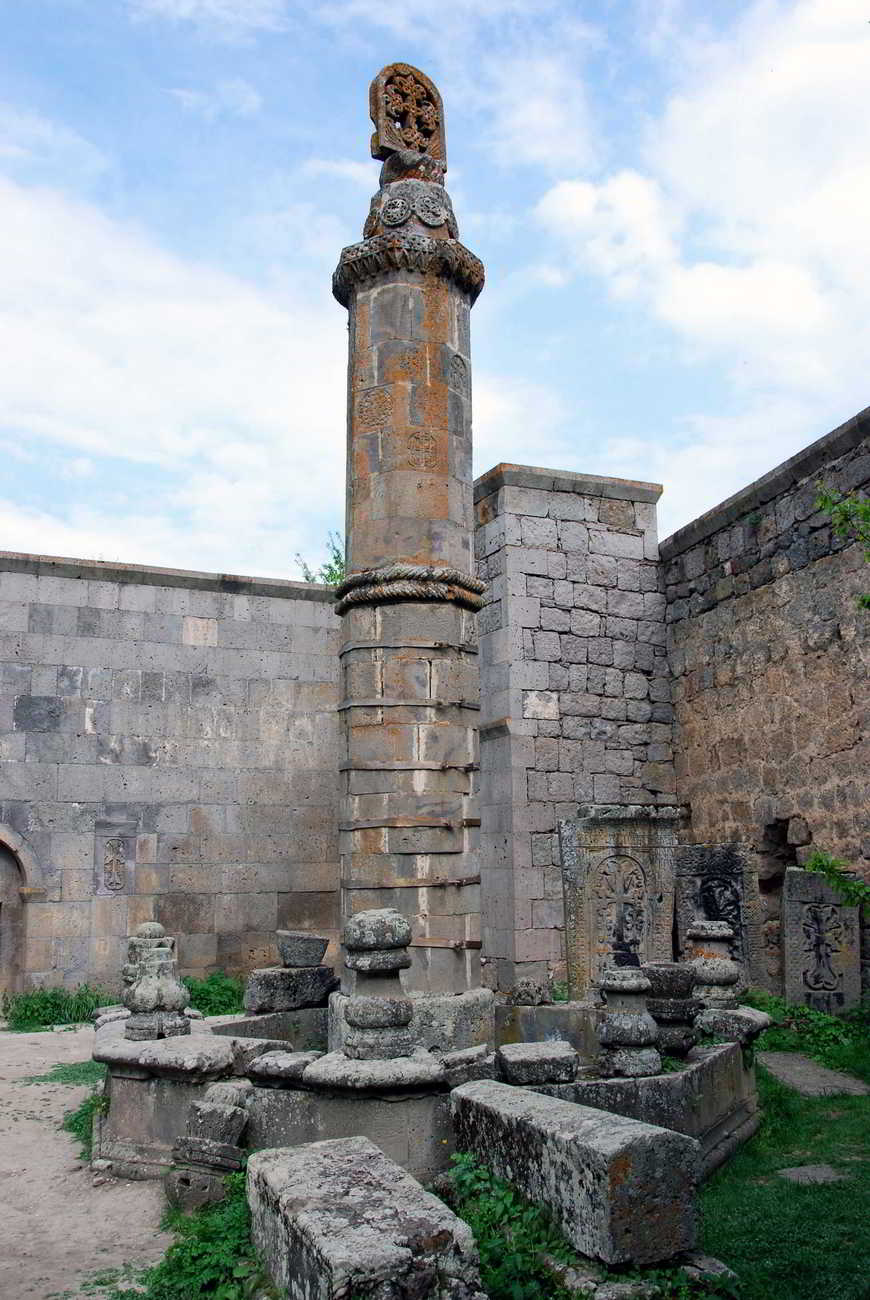 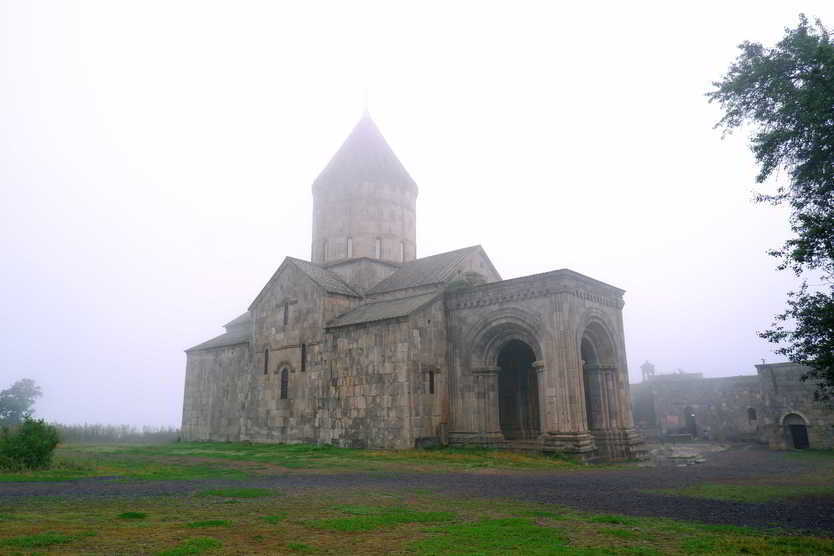 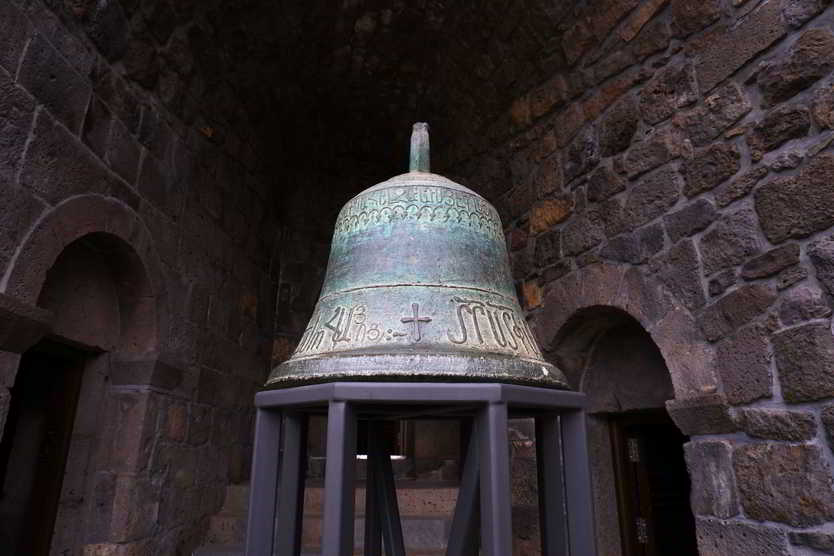 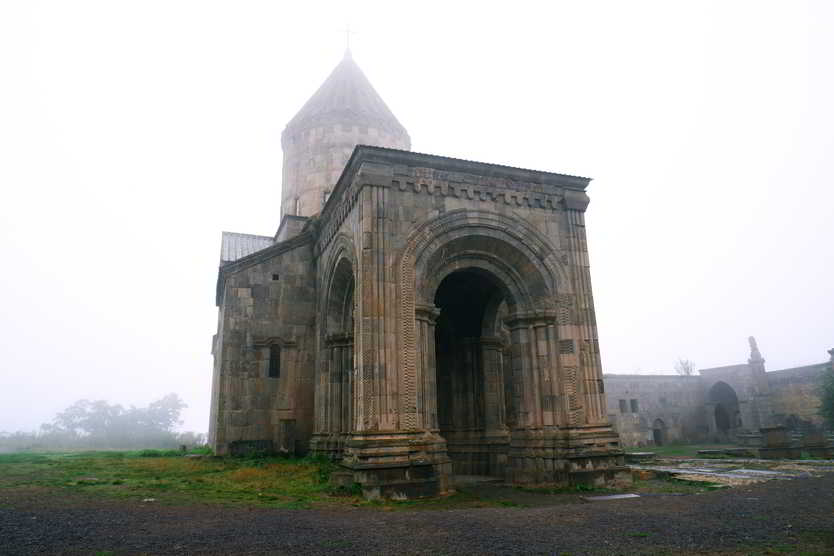 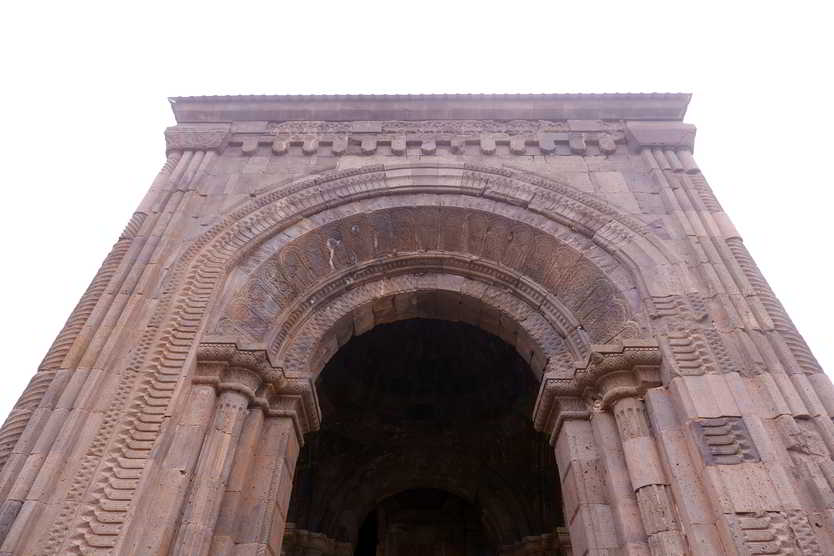 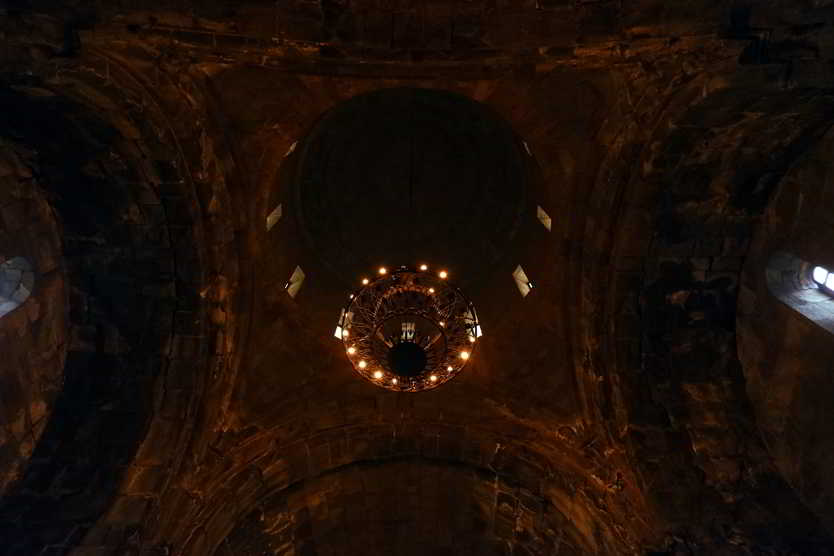 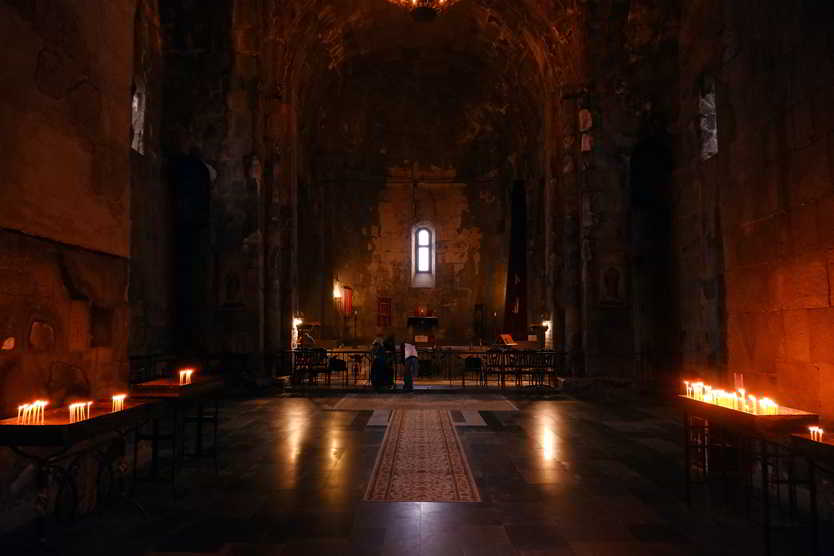 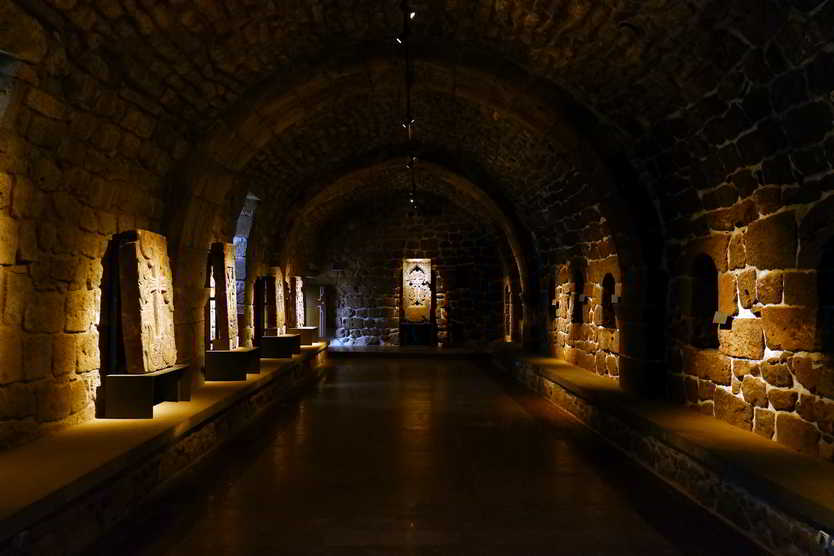 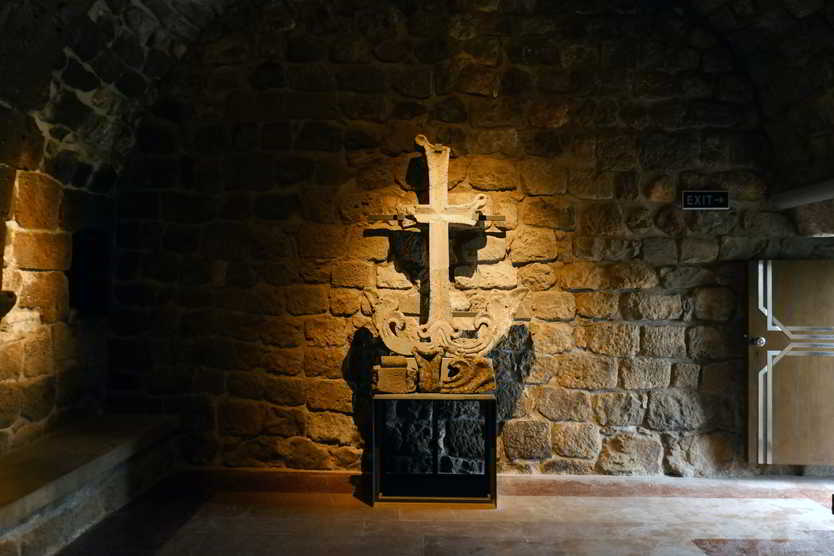 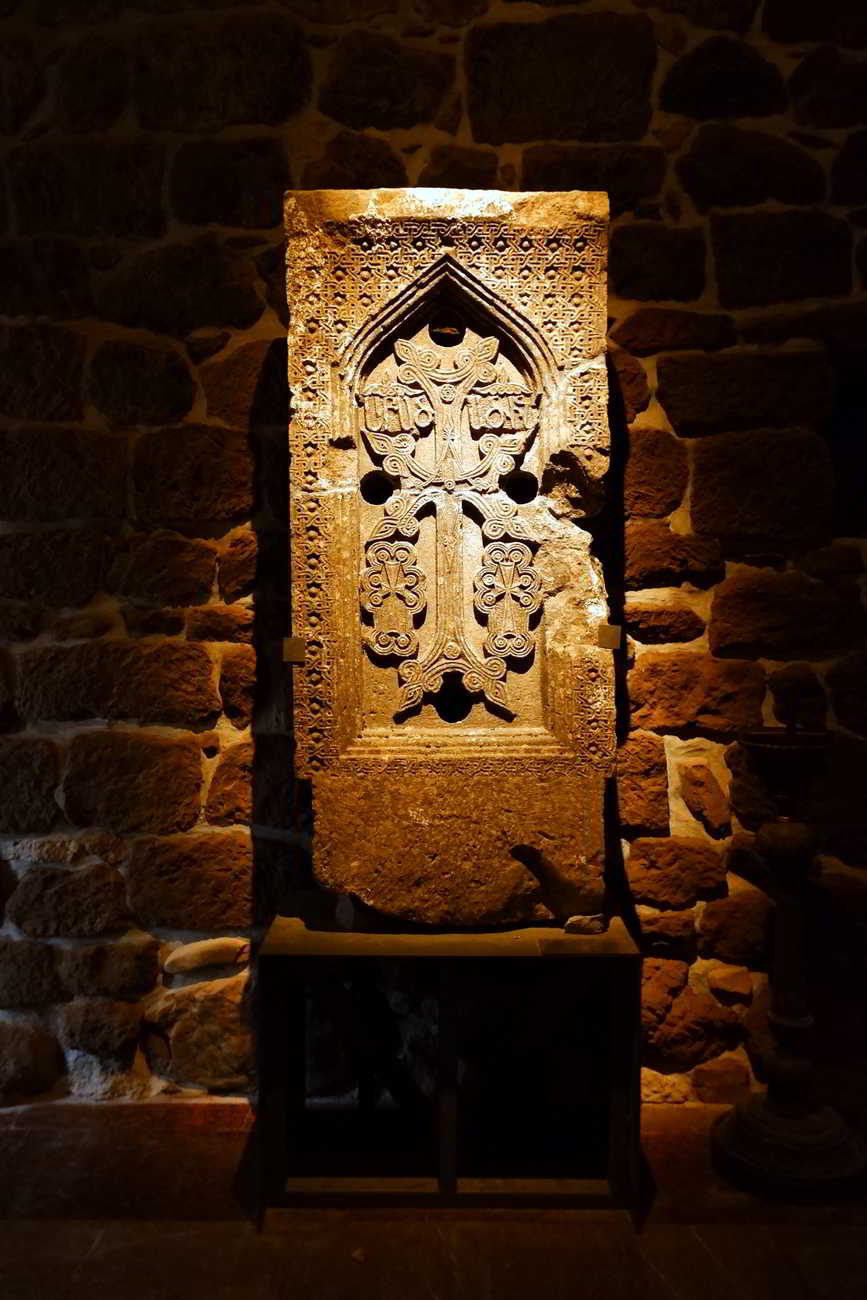 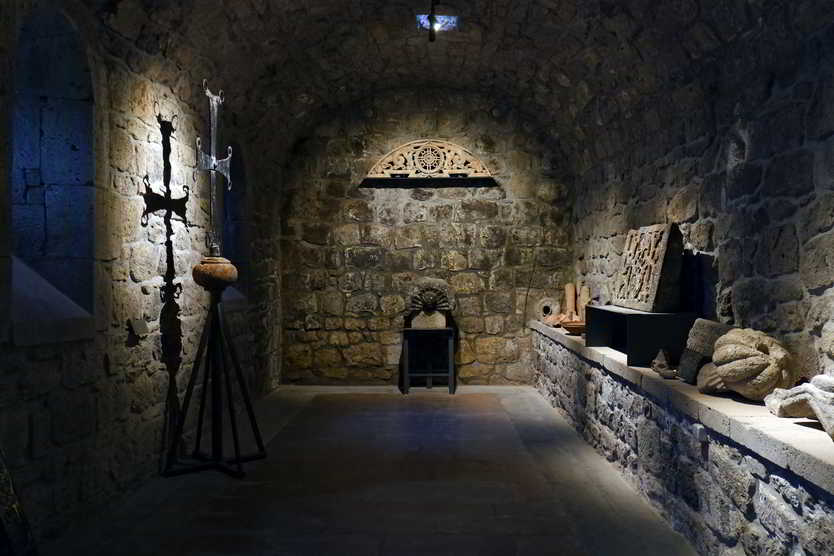 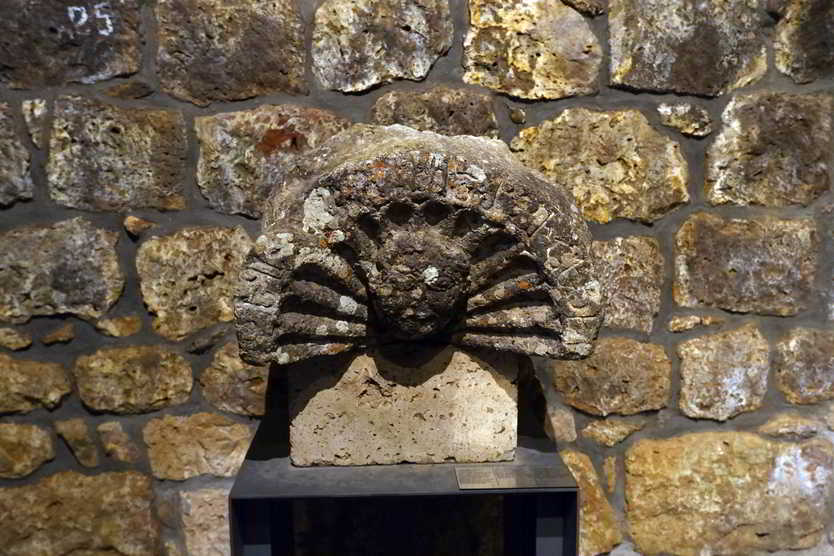 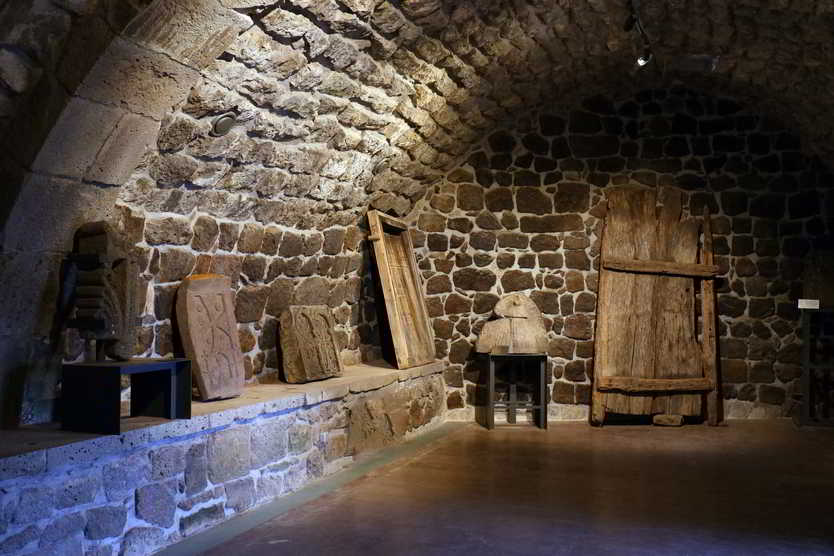 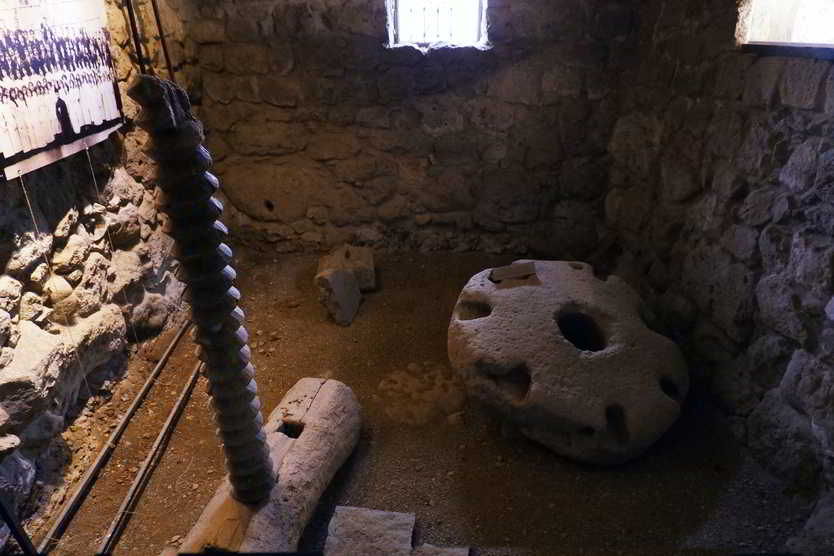 Tatev Monastery is located in the south of Tatev Village, Syunik Province, RA.  According to the legend, the monastery was named after Eustatius, a disciple of St. Thaddeus the Apostle. The monastic monument is surrounded by pyramidal walls from all sides, and from the south and east by steep valleys.

Tatev Monastery is a historical and cultural monument of 9th century of Armenia and one of the unique examples of Armenian architecture, the largest university of Medieval Armenia, and one of the spiritual centers.

According to StepanosOrbelyan, the first church of Tatev Monastery was built in the 4th century and had few congregants.  Tatev Monastery soon became a famous center of education and writing of the time, and in the 8th century, it became the bishopric seat of Syunik.  It was built up to the beginning of the 10th century.

The monastery complex of Tatev consists of three churches, a library, a refectory, a bell tower, a mausoleum, and administrative and auxiliary buildings.  The main Church of Pogos and Petros (Saints Paul and Peter) was built between 895 and 906. The arched hall adjacent to the southern wall of the Church was built in 1043.

The Church of Saint Gregory the Illuminator was built in 1295 by historian StepanosOrbelyan.  The small gavit (vestibule) in front of the western entrance of the Church of Pogos and Petros, where there were graves of famous monks and others, was thoroughly demolished in 1896, and a bell tower was built on the site.  The chapel-tomb of GrigorTatevatsi is near the southern entrance of Poghos-Petros Church, it was built in 1787.

There are also other monuments in the courtyard, among which the notable ones are Gavazan, probably built during the construction of the main temple in 895, and the Church of the Holy Mother of God (built in 1087), which is located northwest of the main group, on the arched building next to the wall. All these monuments were severely damaged during the earthquake in 1931.

Tatev Monastery has rich stone inscriptions, and frescoes, which give an idea of ​​the early medieval Armenian church illustration system.  On the basis of the tabernacle is depicted the scene “Christ in glory”, in the arches prophets, apostles, and fathers of the Armenian Church, John the Baptist and the Virgin Mary with Christ, and on the western wall “The Last Judgment” and “The Second Coming of the Savior” etc.  The frescoes of Tatev Monastery are made in an original painting style and are unique in Armenian art. They are also of exceptional importance to the history of medieval art, especially since almost no European frescoes of the 10th century have survived.

The monastery complex of Tatev was one of the major medieval educational and cultural centers.  In the 14th century, the students of Gladzor move to Tatev, where a new university was founded.  Tatev University was sponsored by the Orbelian princes and the Syunyats Metropolitan.  Art of writing, music, miniature painting, philosophy, religion, Armenian language, grammar, literature, history, architecture and other subjects were taught here.

Saint GevorgTatevatsi , the great priest, theologian, philosopher, and teacher had a great role in the University. He prepared textbooks for the university, including “Book of Questions)”, “Book of Sermons”, “Voskeporik” (Golden Treasury), and others.  GrigorTatevatsi made a great contribution to the development of writing, he made a number of pens.

Even now, the Monastery Complex of Tatev attracts the attention of tourists and pilgrims with its glorious appearance and is one of the must-see places for tourists visiting Armenia.

The medieval Monastery Complex of Tatev is located on the south of Tatev village of Syunik Province, Armenia.

Travel to the most notable holy destinations in Armenia. including Tatev Monastery

Reviews for the Tatev Monastery